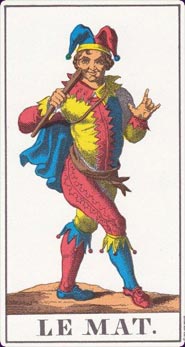 The 1JJ Swiss Tarot is an older style of tarot deck, a Marseilles variant. The cards are reprints of early woodcut designs, printed in black and coloured with blocks of red, blue, green and yellow. Titles are in French. 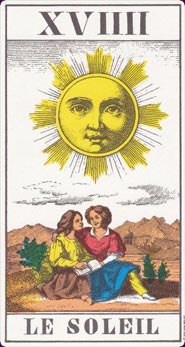 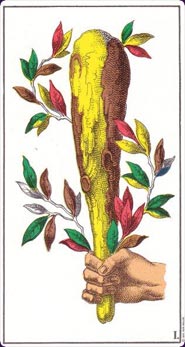 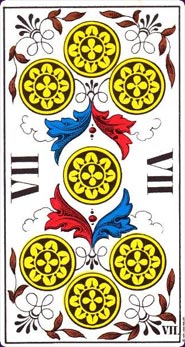 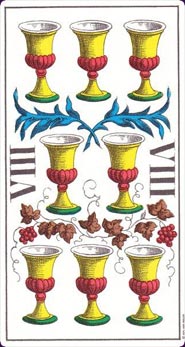 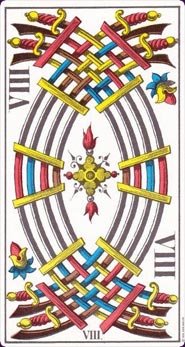 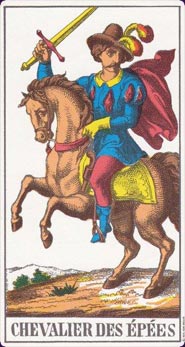 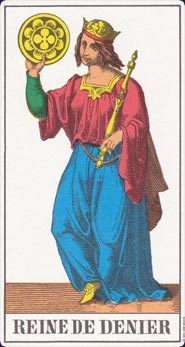 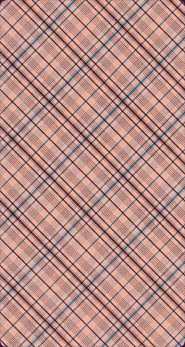 This was my first Tarot deck. It was not my last. Early on, I became somewhat uncomfortable with it, because of things I was reading. I bought it at a Spencer Gifts or some such purveyor of enlightenment. This would have been in 1975 or so. I would have been around fifteen.

First, most of the books assumed that you owned a Rider-Waite-Smith deck. I found it less than adequate because the RWS deck had all the extra pictures and mystic symbols and this one did not. Then I checked out some library book that said that the Marseille cards had all of this arcane lore connected to the colours and shapes of the original Marseille. And this isn't one of them, either.

But I stuck with it, learning to read it by studying the RWS images in the book and calling them to mind with the pip cards of this deck. This perhaps was not the easy way, but I stuck with it. And later, when I (moved beyond)/(rebelled against) some of the imagery of the RWS scenes, the 1JJ was accomodating, but the RWS scenes are much harder to ignore. You try telling somebody that the RWS Ten of Swords might just mean a looming bar exam.

This would be a "Soprafino" Tarot if it were Italian. The images are finely detailed coloured engravings. But it's a Soprafino that has remained in production to the present day, so what you get are new printings rather than faded reproductions. This will be to some people's tastes, but not everyone's. The colours will be much louder than a reproduction deck.

The deck is a Marseille variant. The most obvious difference between the Marseille and the 1JJ is that Juno and her peacock, and Jupiter and his eagle have been swapped in for the Papess and the Pope. This continues a tradition that began in the Tarot de Besancon. The decks were apparently sold throughout an area that contained both zealous Catholics and zealous Protestants, who didn't want a Pope or a Papess for rather different reasons.

It seems that many current Taroteurs don't want a Papess or Pope either, for reasons of their own. Using the Roman gods gets around them in an insightful way that keeping the old images but renaming these trumps to "The High Priestess" or "The Hierophant" doesn't. It also works better than some other substitutions that have been made in historical decks. In "The Magical World of the Tarot," Gareth Knight praises this substitution as appropriate and insightful.

There are other merits to the Trumps of this deck. Dame Fortuna has been restored to her role as the turner of the Wheel of Fortune, and the figures rising and falling have recovered their humanity as well. The Death card is one of the best Deaths of any deck I know of, traditional, esoteric, or modern: the usual image of the reaping skeleton, but drawn well, unlike the crude skeleton of the original Marseilles.

There are other less successful innovations that have been made here, though. Two of the sacred animals have gone missing from the World. The Fool is a particular failure here; he's been turned into a standard court jester in motley, and has lost his dog, his backpack, and his setting.

My 1JJ is in French. Get the French version if you can find it: this is the original. An English version exists, but in it the Deniers have been made into Pentacles, and the Batons into Wands; this strikes me as anachronistic on a traditional deck.

Used to be that the 1JJ was one of the easiest to find Tarots. There are many more on the market now, and you'd probably have to look for this one a bit harder now. If you attach special significance to the presence of every Marseille symbol, it will not get the job done. But if you are comfortable reading a pip card deck, this deck has both nineteenth century and twentieth century tradition on its side.

This deck came to me in a very magickal manner. A friend of my sisters mentioned that she had been gifted with the deck from her brother. I had always wanted to see the deck, and had never had an opportunity to do so. I asked my sister to ask Lori (her friend) to bring the deck with her when she came to visit, as I was going to be there also, to gather some holly for Christmas decorating. Lori gifted me with the deck - saying that she felt that it was time to let it find a new home, that she had other things from her brother that meant more to her. I was humbled and quite eccstatic! I immediately placed it with the decks that I draw a card a day from. It has a very happy home right by my computer.

The IJJ Swiss is a reproduction of a 19th century Tarot deck, somewhat in the Marseilles tradition. The "J's" stand for Jupiter and Junon, Roman equivelants for the Greek Gods Zeus and Hera. They were substituted in this deck for the Pope and Popess, in an effort not to affront the Catholic Church.

The pips do not show people or scenes, they show just the symbol for the suit. Some readers may find this difficult - I am very attracted to the deck, and do not find this to be a block of any kind. What I do find difficult is that the cards are labled in French - but it is not difficult ot determine which card is which.

The pictures are done in a very fine line style, colored in with red, gold blue and brown. The major arcana are depicted as very close to the traditional portrayal.

The cards are smaller than a regular size deck - very easy to handle for smaller hands. Even without pictures on the pips, the deck reads easily. This deck could be used without a problem by someone just learning the Tarot or by someone who has been reading for a long time.