Twenty-Two Keys of the Tarot 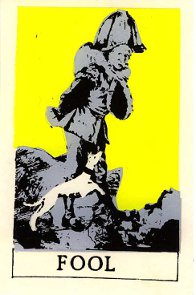 Twenty-Two Keys of the Tarot is a rare majors-only deck by Susan Kay Topa, published in 1979. The 22 cards follow the Thoth pattern and were hand-printed, giving them a blocky, primitive appearance.


Card Images from the Twenty-Two Keys of the Tarot 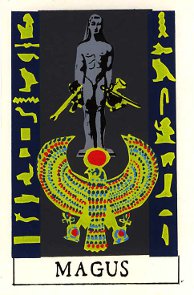 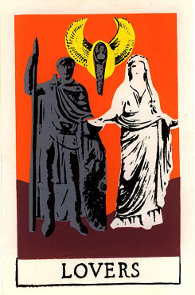 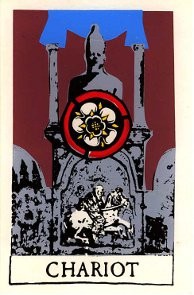 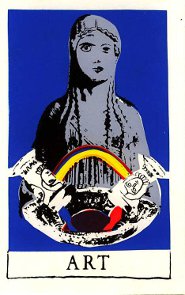 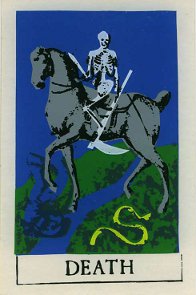 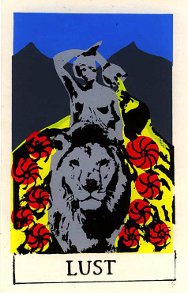 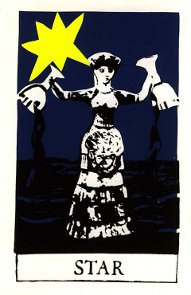 Twenty-Two Keys of the Tarot Review by Jessica Shanahan

This is my first and most magical Tarot deck. In 1999, knowing little to nothing about tarot cards, I walked into an occult bookstore to purchase a deck that might help me with an illustration project— I wanted to make a deck myself. I thought it would be a good way to pass the time. I poured over a photo album with samples of cards from numerous decks and found nothing that spoke to me until I saw a little, hand-written booklet with a picture of a red lion on the cover and the words “Twenty-Two Keys of the Tarot” inside. Trembling slightly, I asked the man at the register if he might have the deck to that book. He disappeared, eventually returning with an off-white box containing 22 cards. “This has been here forever,” he said. I asked the price. He told me to name one. I paid.

“Twenty-Two Keys of the Tarot” is a majors-only deck by Susan Kay Topa, signed and dated March, 1979. The cards are hand-pulled prints on off-white, thick card-stock. Hand-printing necessitates meticulous rolling, cleaning, and alignment of numerous printing blocks. In order to get more than one color, each card needs to be run through the press multiple times. The ink retains a three-dimensional quality.

The key block, used to outline the main image and to register the color for the proceeding runs through the press, is consistently black. It has a great amount of detail, including the title word(s), and is probably done using a lithographic technique. The colored blocks contain considerably less detail and greater thickness of ink. They may be lithography, but are likely linocut. The printing and coloring process makes images themselves somewhat primitive and blocky. The backs are blank. The box is the same thick, off-white card-stock as the cards. On it is an image of a veiled woman holding two cups.

The cards measure 5 x 3.25 inches and are un-numbered. The names of the cards are as follows, in the following order:


The deck comes with a hand-written booklet, also likely reproduced by hand using the lithographic technique. The ink is rather thick and has rubbed onto and bled through to sequential pages. Susan Topa gives a brief mythology of the tarot, a list of cards relating to the zodiac, some advice on reading, and interpretations for each card. Although the cards themselves are not numbered, the card descriptions in the book are numbered. A sample description is as follows:

The figure on the card is dual in nature and symbolizes the consummation of the marriage which took place in card number six, the Lovers. The two concepts of male and female have been mixed to create a unique presence. The figure mixes two colors in a bowl where formally conditions would not allow them to mingle. The rainbow above the mixture shows that the substance is viable. This card is usually called Temperance, but the idea of creation the word Art conjures, is much more pronounced than that of patience which the word Temperance signifies.

I was initially attracted to the deck because I was only interested in the major arcana, and this deck offered me 22 keys to enter. I entered. I love the fact that it is not some slick, production-perfect glossy-coated flawless image, but rather a very human, textural, slightly-murky labor of love. For me, it is a gem.


Complete Details of Twenty-Two Keys of the Tarot


Similar Decks to Twenty-Two Keys of the Tarot