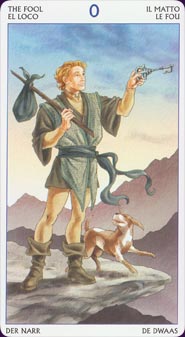 Tarot of the 78 Doors

The Tarot of the 78 Doors is a deck of physical and metaphorical doors, illustrated in both a modern and medieval/fantasy style. By the same artist who created the Gay Tarot with Lee Bursten.


Card Images from the Tarot of the 78 Doors 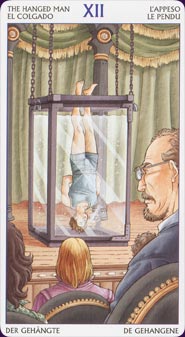 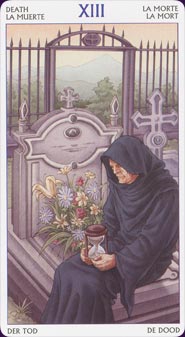 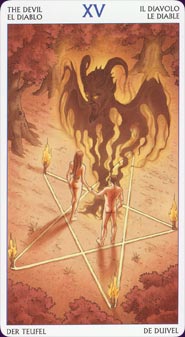 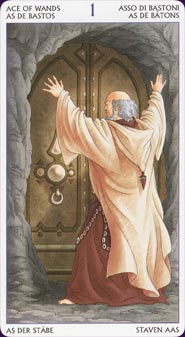 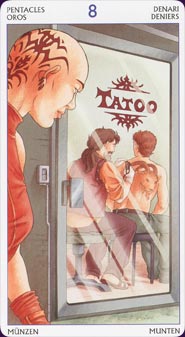 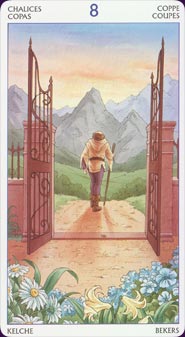 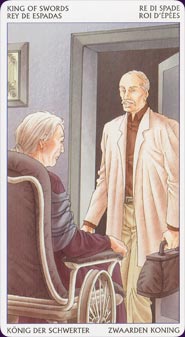 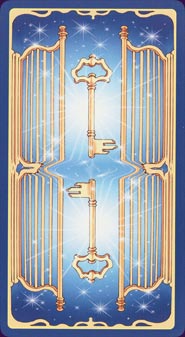 "There is no day in our lives in which we don’t use a door. We continuously enter and exist through doors and we are so used to them that we have forgotten their strong symbolic value. The door represents a passage. In many cultures its opening is connected with rituals that symbolize a variation in status or a change of heart and which assume precise psychological and spiritual meanings."

The concept for the Tarot of the 78 Doors is one from Pietro Alligo at Lo Scarabeo, executed by Antonella Platano, the artist who illustrated the Gay Tarot. While her latest deck is visually in the same artistic style, here the symbolism of doors and keys is set into a very urban, contemporary environment of tattoo parlours and computers mixed with a pre-twentieth century fantasy world of centaurs and castles.

The majority of the cards are set in the pretty fantasy environment. Less than twenty have the modern look, and curiously often depict medical scenes of hospitals, surgeries, doctors and alternative therapies. The Ten of Swords shows a white-coated acupuncturist with an uncomfortable-looking patient lying with a multitude of needles in his back. The Four of Chalices depicts a paunchy man slumped in front of the television, a packet of chips on his lap and remote in his hand. The man in the Six of Swords sits at a desk working at a computer with an up-to-the-minute 19" LCD monitor.

I like Platano’s scenic artistic style, which is rendered in muted natural tones and is consistent across virtually all the cards. It shows a realism and detail in each situation; human faces of all ages are skillfully drawn and look like unique people. However, the Tarot scenes of the 78 Doors diverge significantly from Rider-Waite or other systems, and there’s no real explanation of the choices made. The Three of Swords shows a woman sticking pins into a voodoo doll, rather a different kind of grief than I’d normally associate with that card, and The Chariot is a rock star, astride a white convertible in front of a crowd of fans. A few cards also have scenes so different that I had some trouble figuring out what exactly it was supposed to represent. The Seven of Pentacles was one in particular - it’s described as ‘The constant commitment to realizing personal goals causes impatience and desire”, while the image has a well-dressed and apparently happy woman standing in a doorway and releasing a white dove from her arms, while two farmers toil in the distance.

The companion booklet has more information than is usual for a Lo Scarabeo deck, which is a nice change, and has unique divinatory meanings written for each card which occasionally seem a little at odds with the imagery. For example:

8 of Pentacles – Aptitude for committing to continuous painstaking work. Tendency to conform to the rules of the herd.

Also included is a unique ten card spread called The Key, designed to answer the questions of what attitude to take in a certain situation.

Though the booklet doesn’t mention reversals and seems to be intended for use primarily upright, the backs of the cards have a reversible image of a golden gate and key on each end of the card and so could be used in both orientations.

The Tarot of the 78 Doors features very little usual Tarot symbolism in the majors or minors, and its scenes often bring entirely new perspectives to a card. The deck would suit those looking for a creative approach to Tarot unbound by tradition, and who don’t mind some study to become familiar with these cards and their individual meanings.

"A door is also the thirst for knowledge, the desire to change, to observe with your own eyes. Opening a door is also opening the mind, listening to the heart beat, thinking about the past to create the future and, finally, looking inside ourselves and opening up to others."