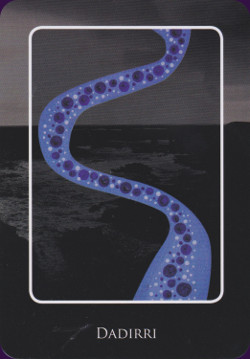 The Aboriginal Dreamtime Oracle is a 40-card deck inspired by Australian Aboriginal spirituality and Dreamtime stories. Created by Mel Brown, a Ngunnawal woman, and channelled from the universal wisdom from past caretakers of her land. 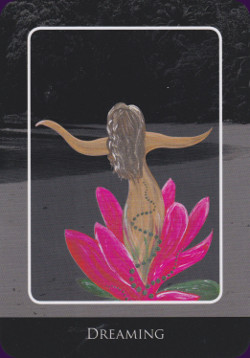 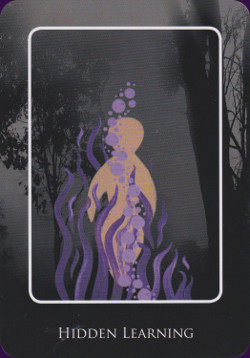 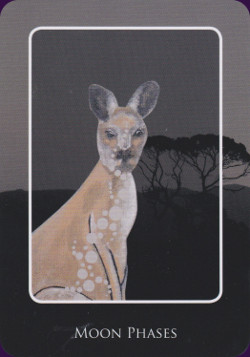 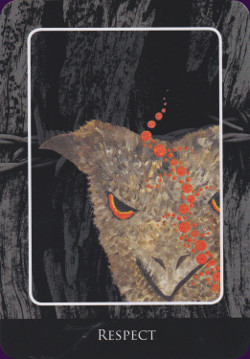 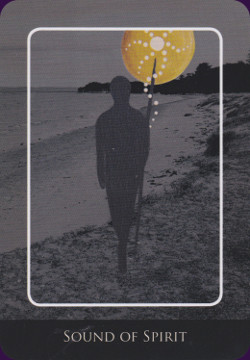 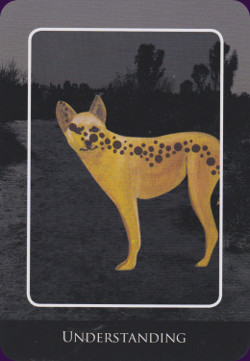 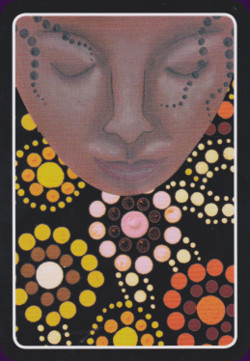 The art of Indigenous Australians is the oldest known ongoing tradition of art in the world. The earliest artworks date back more than 30,000 years, and were painted and engraved on rocks and in caves. Later expressions of art include body painting, bark painting, ground designs, woodcarvings, stone arrangements, string art. In more recent times artists have branched out to modern mediums including oil and acrylic paints on canvas, fabric and textile design, installations, sculptures, engravings, weaving, and ceremonial art.

The most commonly recognised style of art is the 'dot’ paintings however Aboriginal art varies among differing language and regional groups. Indigenous Australians have no written language so their artwork is used to convey important myths and ancient tales centred largely in the Dreamtime, using symbols, patterns, and stylised information maps. The visual art is complemented by stories, traditional dances and songs passed from generation to generation.

Mel Brown is a Ngunnawal woman, deeply involved in her community. She is an artist, author, counsellor, professional speaker and trainer, with expertise rooted in the many social issues facing Aboriginal Australians. Her knowledge of spiritual issues has been manifested in previous oracle decks, The Aboriginal Goddess Chakra Oracle, and the Aboriginal Spirit Oracle.

Mel Brown's Aboriginal Dreamtime Oracle has its origins in her Dreaming, and the stories she relates have been passed on to her by Ancestors. They are "channelled from the universal wisdom from past Caretakers of this land".

The Dreamtime, is the time when the Great Spirits shaped the land, the animals and the people who are ancestors of those living today. It is a complex network of myths and legends which explains the existence of beings from the tiniest ant, to the sun and moon. It also contains teaching stories which outline beliefs and taboos. The Dreamtime is time out of time, and continues into The Dreaming today.

This is a 40 card oracle deck, each card featuring a title, with no numbers. The cards measure 90 x 128 mm which makes them a fairly standard sized oracle deck. they are quite broad across, and not overly long, so they fit quite comfortably into one's hands. The card stock is sturdy, yet light and flexible, with a smooth, glossy finish. This facilitates easy handling and shuffling, and the cards do not stick together.

The print quality is excellent, with each image reproduced with clean, crisp lines and the earthy, natural tones of the artwork given their due. The artist’s palette features many earthy tones of browns, greens, and greys, with highlights in brilliant yellows, delicate purples, and watery blues.

The artwork features symbolic images in acrylic paint over the top of black and white photographs of the Australian landscape. The contrast between the simple yet striking foreground images and the haunting black-and-white backgrounds emphasises the Dreamtime feel of the deck.

The paintings are confined by a narrow white frame which sits inside the photographic image, which in turn reaches to the edge of the card. Titles are given on a black strip at the base of each card. The image on the back of the card features the face of a dreaming person (woman) on a background of traditional 'dot’ art. This is not a reversible image, but these cards are not intended to be read with reversed meanings either.

The cards come packaged in a sturdy cardboard box with a lift off lid. The glossy black box features the image from the back of the cards (a dreaming woman) on a background of dot patterns, which is continued down the sides, and into the interior of the box. Information about the deck, the artist, and publisher’s details are given on the back. The box is slender enough to slip into a shoulder bag or backpack without taking up much room or adding any noticeable weight. The box is solid enough to protect the cards and guidebook should you wish to take them on the road, however being made of cardboard it will eventually sustain damage if it is subjected to continual rough handling.

The 91-page guidebook is written by Mel Brown – the artist and conceptual originator of the Aboriginal Dreamtime Oracle. The first few pages acknowledges that the origins of this deck. This is followed by some brief instruction on how to use the cards including a one, and three card layout, as well as instructions for a 12 card layout. Each card is given two pages which includes a full colour reproduction of the artwork. Every card has a dreamtime story which explains the ideas contained in the illustration and in the cards divinatory message. Each story is brief yet perfectly exemplifies a teaching. The divinatory meanings are wise, yet they are also quite pointed. You will not find wishy-washy and vague new-age advice here, the cards speak directly to the Seeker, yet they are not without compassion. While many of these messages are aimed directly at the experiences of Aboriginal Australians, these are also experiences which can affect all of us and therefore the messages are universal.