Tarot of the Absurd

The Tarot of the Absurd is a playful, black and white interpretation of the occult tarot, drawn with vector graphics in Adobe Illustrator. The limited-edition deck is self-published and available at the artist's website.


Card Images from the Tarot of the Absurd 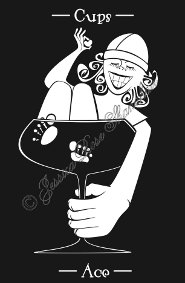 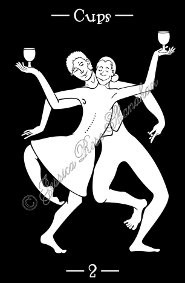 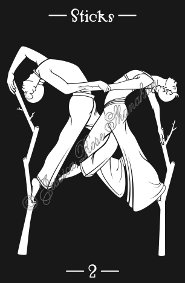 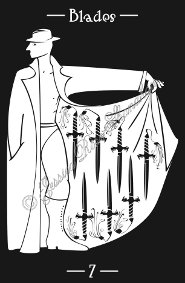 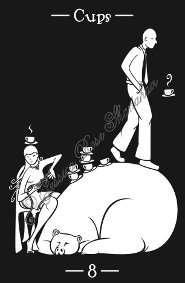 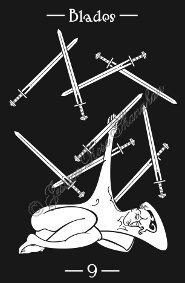 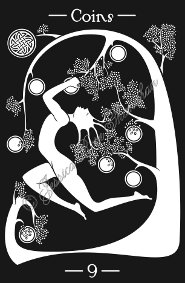 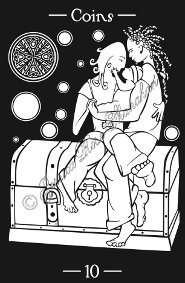 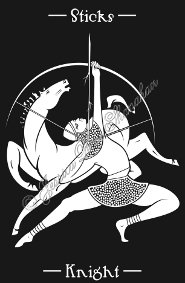 Tarot of the Absurd Review by Nanaya

Let me start by stating that this deck feels really unique with its black and white images and flowing lines. The fact that it’s a limited edition of 600 enhances the feeling of uniqueness. The deck, created and self-published by Jessica Sahanan, is wrapped like a gift. It doesn’t come with a box but is instead wrapped in a cover with a pink ribbon. This makes it really inviting to use the deck.

The deck consists of 78 cards and contains three extra: one card that’s used instead of the little white book, an extra Moon card and an extra card that is signed by Jessica. Mine has an extra card of the Sun and is signed “Thank you! #180” The LWB-card holds some notes for the reader. Jessica describes her tarot as a newly illustrate deck which is useful for intuiting the turns of fortune’s wheel in search of self-knowledge, past & future, truth & falsehood, in the logically absurd manner of one’s own fool’s choosing. Her deck contains stars & flowers, eloquent people, fancy clothing, bare feet, outrageous hairdos, wings, blades, cups, coins, sticks and divine love.

And of course a lot of absurdness! Long limbs attached to a small body, an upside-down chariot or an enormous shoe and a tiny head. It is all possible in this deck. What really grabbed me however is the fact that the symbols used aren’t that difficult to understand. The Empress on card 3 is still a mother and a queen, only in this card she has a triangular shaped head and 4 weird-looking children. The original Waite-Smith meaning is captivated in the cards. The four suits are sticks, cups, coins and blades; all are illustrated with full pictures.

Most cards have a black background which makes the white shapes pop out, almost as if they give light. Because there are no borders, the figures in the cards aren’t contained. They look free, as if they live in their own world where all the absurdness makes perfect sense. Who cares the person in the Star carries a pair of binoculars and is walking over three monsters? Or the Hermit is contained by an hourglass? They seem to be quite comfortable in their strange world.

I really love the deck; the playful black and white images full of absurdness make me smile every time I use them. The personal note from the artist and special gift-wrapping make the deck stand out. The large cards are easy to handle and I love the fact that they have no borders. I’m really glad I have one of the 600 copies in my possession.


Complete Details of Tarot of the Absurd


Similar Decks to Tarot of the Absurd

Home > Decks > Tarot of the Absurd