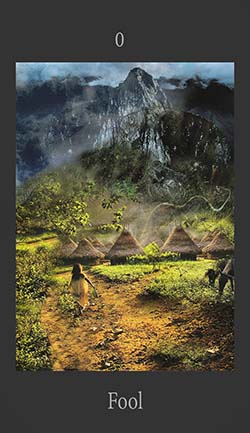 The Advaitarot is a modern, cross-cultural deck with collaged imagery from nature and human civilisation. The 78-card deck is self-published in an English edition.


Card Images from the Advaitarot 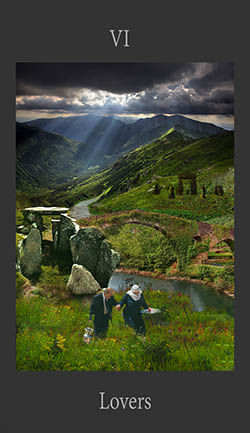 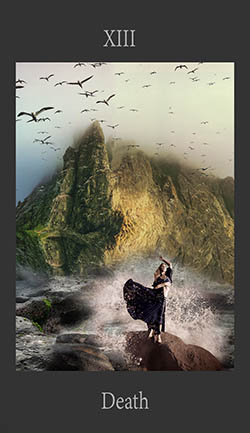 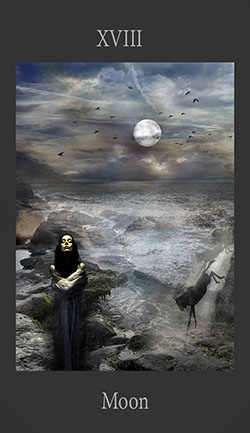 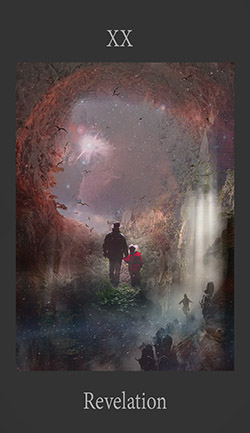 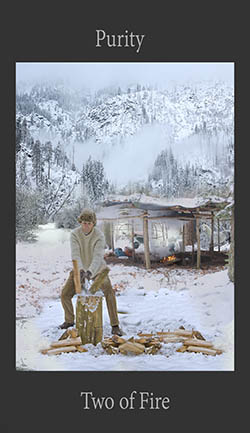 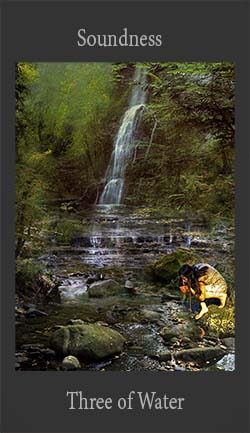 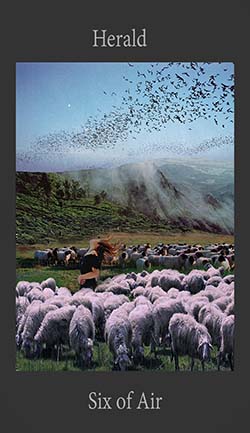 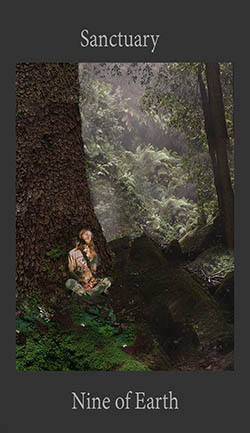 The deck comes in a cardboard box that one can use to store the cards if you do not want to use a traditional pouch or fabric for such a thing.

The borders and font of the deck are very basic; there is no fancy editing with it. The cards themselves are also slightly larger than most traditional Tarot decks, so if you have smaller hands you may find it to be slightly difficult to shuffle the deck.

However, the images are absolutely beautiful and use both nature and culture to speak to one's intuition. It is helpful to have a broad worldview with this deck because otherwise some of the nuances of the many cultures portrayed in this deck may be missed or passed over. It is difficult to see that it is a collage deck as the artwork blends together beautifully to depict gorgeous scenes that seem to be from a fantasy world of sorts. The deck has some surreal imagery as well as more mundane imagery.

The Minor Arcana comes with a key word on the top of each card which can certainly aid a new reader or one who is new to Tarot.

The price, however, is slightly substantial as it totals out to be close to $90 after shipping costs, so this may dissuade new readers from purchasing this deck.

The manual that comes with it is very handy and fully helps to demonstrate the author's viewpoint behind creating the deck, and this certainly helps tie in to how the deck should be read. The Major Arcana focuses on the traditional and conventional meanings while the Minor Arcana is more open to interpretation. The manual can help with this as it gives brief descriptions of each card and is a handy tool.

All-in-all with this deck you are much better off relying more on intuition than the booklet. Your readings will be more true and as many people know the meaning of the cards fluctuate based upon the spread in which they are used. Its readings tend to speak more in a poetic way, as the author intended, rather than give simple answers.