Aquarian Tarot in a Tin 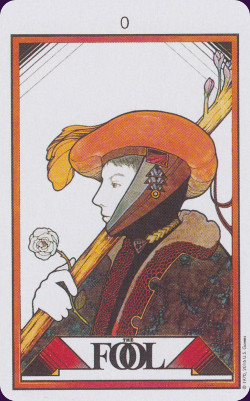 
Card Images from the Aquarian Tarot in a Tin 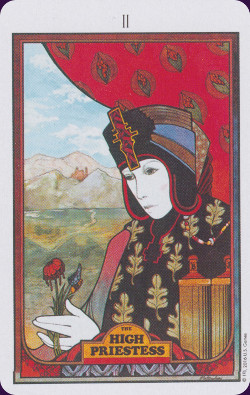 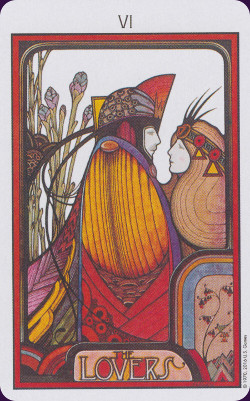 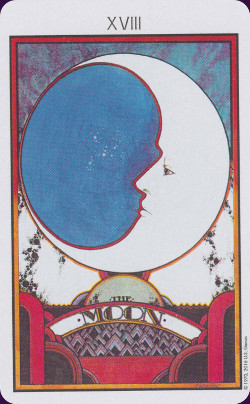 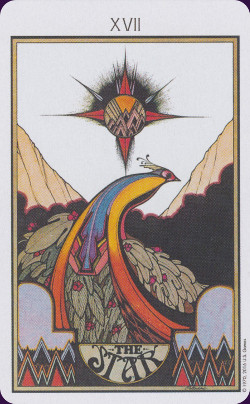 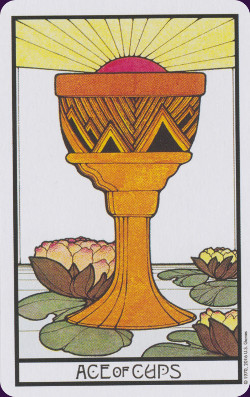 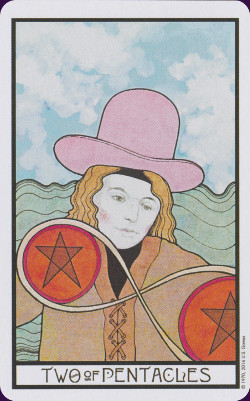 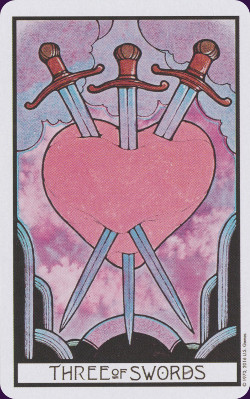 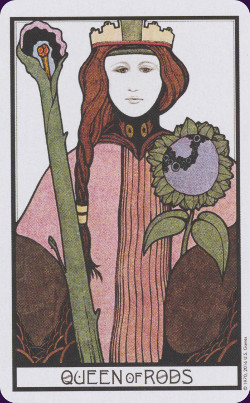 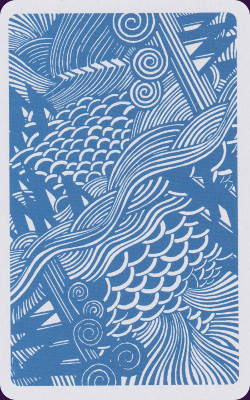 Aquarian Tarot in a Tin Review by medusawink

David Palladini’s Aquarian Tarot deck was first published in 1970 by the Morgan Press, and has been in print ever since. The fabulous artwork of this deck is the key to its longevity, combining styles as disparate as art deco, art nouveau, 1960s psychedelic graphics, and the artists own unique vision. Referencing the Rider Waite Smith deck, the Aquarian Tarot simplifies the images and adds its own unique symbolism.

‘Aquarian’ by the way references The Age of Aquarius, something of a pop cultural interest during the 1960s. Remember the song of the same name from the 1969 musical Hair? The Age of Aquarius is, astrologically speaking, and depending on who is doing the calculations, an era which we have either moved into or are going to move into in the near future. The Age of Aquarius will usher in an era of social and cultural revolution powered by imagination and invention, mass communications and media will be power players in the deconstruction of hierarchical, capitalist based society. Typical of the Aquarian age is an interest in spirituality, equality, nature, health, and connection. Resistance to the new era is typified by violence, fundamentalism, xenophobia, racism, and 'alternative facts 'i.e. lies. This is the current that runs through the Aquarian Tarot.

This is a 78 card fully illustrated deck. It has 22 Major Arcana and 56 Minor Arcana. The Major Arcana follows A.E. Waite’s titles and ordering, the Minor Arcana is divided into four suits – Rods, Cups, Pentacles, and Swords. Each suit has 10 number cards and 4 Court cards – Page, Knight, Queen, and King.

The deck measures 58 x 95 mm making it about a third smaller than the original deck which measures 78 x 118 mm (a fairly standard size tarot deck). It is a compact deck which fits nicely into anyone's hands, more or less. The card stock is superb, light yet sturdy, and flexible yet not flimsy. In contrast to the original deck which was printed on slightly powdery and light card, the smooth and shiny finish facilitates easy handling and shuffling of this deck.

The print quality is wonderful – the images are clear and crisp with clean lines and no misprints, blurriness, or colour bleeds. David Palladini’s palette is a mixture of strong vibrant colours and restful pastels offset by large amounts of white space particularly in the Major Arcana and the suits of Cups and Rods. The suits of Pentacles and Swords both feature marbled-watercolour backgrounds. The deck is dominated by gorgeous earthen colours – rich browns, autumnal oranges and reds, golden yellows, as well as floral pinks and mauves, and water blues.

When contrasted with earlier editions of this deck, the Aquarian Tarot In A Tin is a fairly faithful reproduction. The new edition has stronger reds and oranges which can be seen particularly on The High Priestess, The Lovers, The Chariot, and The Moon cards. The suit of Cups has more muted yellows, the suit of Swords has softer pinks, the suit of Rods has more muted and less rich greens, and the suit of Pentacles has stronger reds. Additionally, due to the compression of the images the faces on the figures actually become clearer and more defined on these smaller cards.

The images themselves are a mediaeval fantasy filtered through 1960s sensibilities, with the occasional incongruous detail (the earphone worn by Temperance, the space helmet on the Seven Of Cups) thrown in for good measure. As mentioned before this is a RWS based deck, however much of the complex detail has been simplified and the artist’s personal symbolism has been included. This takes the form of rounded symmetrical shapes which represents the un-realised future, and sharp linear or crystalline forms which represent the un-changing past. Unlike the RWS deck which generally shows full length figures the Aquarian tarot steps in for a close-up view of the action.

The Major Arcana cards each have their titles given in unique fonts, while the Minor Arcana titles are given in a pseudo-mediaeval script. This deck has white borders surrounding the central illustration, while many Major Arcana cards also have individual frames to their images. The print on the back of the cards is a non-reversible asymmetrical melange of abstract circular and linear symbols.

The cards come packaged in an aluminium tin with a lift-off lid which gives it the deck the optimum protection from damage. The tin is printed with images from the Aquarian Tarot as well as publisher’s details. The finish on the paint is very good, although it may scratch off if the tin is stored with sharp metal objects such as keys. This cool tin of cards is the ultimate travelling tarot deck – the tin is small enough and light enough to slip into a handbag or backpack without weighing it down, and the cards cannot possibly come to any harm when stored in it.

The Little White Book (L WB) folds out into one large sheet of information, which is an exact reproduction of the L WB in the original Aquarian deck. It begins with a short introduction which basically describes the purpose of the cards and the structure of the deck. This is followed immediately by the divinatory meanings – there are no descriptions of the images or explanations of the symbols, simply upright and reversed interpretations. A diagram and description of how to do a Celtic cross layout is also included.


Complete Details of Aquarian Tarot in a Tin


Similar Decks to Aquarian Tarot in a Tin