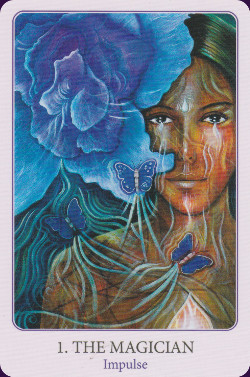 The Art of Love Tarot is a 78-card tarot deck with illustrations chosen by Denise Jarvie from the large body of work by spiritual artist, Toni Carmine Salerno. The deck has a Rider-Waite foundation, but the art is non-traditional and unique in its symbolism.


Card Images from the Art of Love Tarot 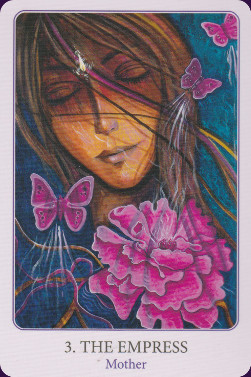 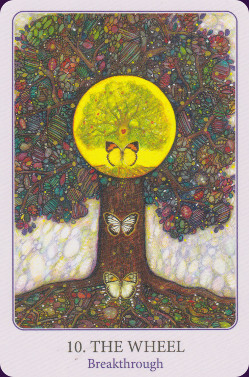 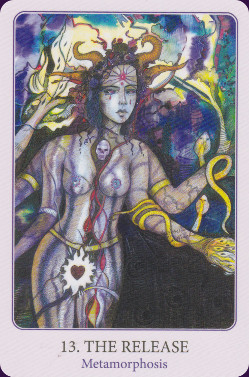 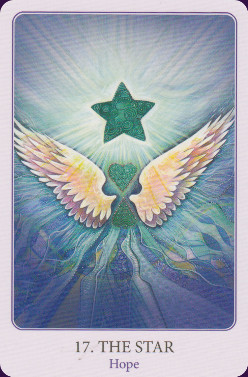 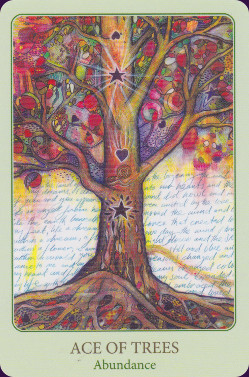 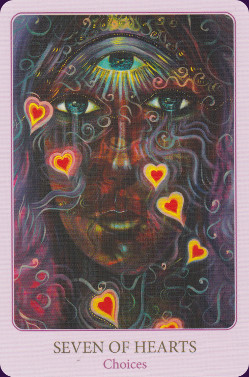 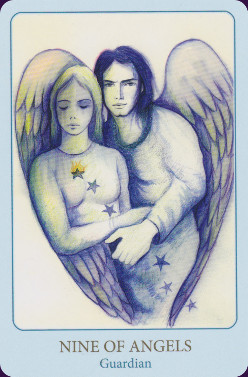 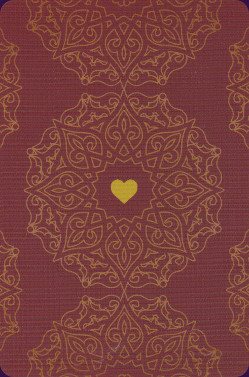 "Love is a state of being…"

The Art of Love Tarot is intended as a channel for divine love. In opening to the possibilities of divine love we allow it to flow through us into the lives of others. The more we give the more we receive. The Art Of Love Tarot acts as a focus on the energies that move through our lives, and the ways in which we may harness them in order to manifest our aspirations and desires. When love becomes our focus negative emotions and states are diminished and we become transcendent beings.

The art of Toni Carmine Salerno is probably quite familiar to many oracle card users and new-age art aficionados. He has illustrated many books, more than a dozen oracle decks, as well as prints, cards, and journals. His works are generally spiritual in nature, and feature familiar bohemian and Aquarian themes such as angels, divine beings, people in transcendent and/or healing states, Gaia – the Earth as an embodiment of the Divine, the expression of love through lovers and loving actions, and mystical symbolism.

Author Denise Jarvie was attracted to the healing energies of Salerno's work and sensed the potential they had as tarot cards. Rather than force the images into the framework of traditional tarot, she has allowed, through both organic and divinely guided processes, the images to choose the cards they represented. Given both the artistic subjects and vast body of work created by Toni Carmine Salerno this process was probably not half as strange as it sounds.

Jarvie is an experienced Rider Waite Smith user, so it is not surprising that The Art Of Love Tarot has been structured to mirror its illustrious antecedent. Some changes have been made to reflect modern needs and ideas but essentially it remains a traditional tarot with traditional divinatory meanings. This is a 78 card tarot, with 22 Major Arcana and 56 Minor Arcana. Many of the Major Arcana cards have been given new titles, however they remain essentially the same in nature as a traditional tarot deck. The Fool has been renamed The Beginning, The Hierophant is now The Teacher, The Chariot has become The Path, Strength is now The Force, The Hermit is now The Retreat, The Wheel of Fortune becomes The Wheel, Justice becomes The Divine Order, The Hanged Man is now The Turnaround, Death is renamed The Release, Temperance has become The Acceptance, The Devil is now The Shadow, The Tower is now The Ego, Judgement has been retitled The Awakening, and finally The World has become The Universe.

The Minor Arcana too has been re-envisioned: Swords become Angels, Cups become Hearts, Pentacles are now Trees, and Wands are now Stars. These suits maintain traditional elemental associations (Air, Water, Earth, Fire), as well as the overall concept represented by each suit. Each suit has 10 number cards and 4 Court cards – Page, Knight, Queen, and King.

Each card, in addition to its traditional title, also has a lesser or subtitle which reflects the overall meaning of the card. Additionally, each suit is defined by a coloured border with the suit of Angels being framed in blue, Hearts bordered by pale pink, Trees not surprisingly, feature a border of pale green, and Stars are framed in pale yellow. The Major Arcana is bordered in stark white.

The cards measure 85 x 128 mm, which makes it a fairly average sized tarot deck. However the card stock is unusually thick which makes this deck quite dense and something of a handful. That being said, the card stock is very good; it is solid yet slightly flexible, and has a smooth and glossy finish. The cards are easy to shuffle and do not clump or stick together.

The print quality is excellent with each image clearly defined, there is no blurriness, no misprints, and no colour bleeds. The artist's palette is broad and unconstrained, so there are no overarching colour themes. While some cards are quite pastel others are bright and vibrant, while yet others are rich and dark. Toni Carmine Salerno appears to use many different mediums in order to achieve his artwork including pencil, pastel, felt -tipped pens, acrylic paints, as well as occasional digital enhancement.

The artist’s style is unpretentious and occasionally a little rough-hewn but nonetheless charming. It incorporates rustic imagery with traditional new-age themes and features attention to unexpectedly minute details and fine texturing. While some images are striking and vibrant, others have an air of serenity and otherworldliness.

Each image is framed by a thin line and features a broader coloured border. The titles numbers are given in a plain font beneath the illustration. The image on the back of the cards features an intricate mandala-type pattern with a small yellow heart in the centre. This design is not reversible.

The cards come packaged in a solid cardboard box with a lift-off lid. The cards come seated in a well of red cardboard, with the guidebook, and a bookmark placed on top of them. The box a glossy finish printed with images from the deck, as well as information about it. The primary illustration on the box top (as well as the guidebook and bookmark) is that of a richly detailed tree of life with a glowing sun and butterflies. This box set, while not exactly compact, is sturdy and will withstand the rigours of travel. It can be easily stashed in a backpack and will not sustain damage from the occasional bump or heavy handling.

The 115-page guidebook is written by Denise Jarvie. There is a small introduction which details the genesis of The Art Of Love Tarot. This is followed by information about the Major Arcana including the very interesting vision of the Major Arcana As A Creative Journey – this is a new interpretation of The Fool’s Journey.

The Minor Arcana chapter deals with the different suits, and defines the correspondences and differences between this deck and the RWS classic. How to Use the Art of Love Tarot chapter details how one prepares one's self to read the cards – by setting your intentions, connecting to the essence of unconditional love, and opening a dialogue with your deck through conscious and specific phrasing of your questions. The best way to shuffle cards for a good result is discussed here as well as information about those oh so strange jumping cards and what they may mean. Here the author also clarifies that this deck is not intended to have reversed cards in its readings. As well as a single card draw, two divinatory spreads are included: The Creative Heart – a four card reading, and The Art of Love – a nine card reading.

This guidebook is a little unusual in that each card receives equal weight in terms of information and divinatory meaning given. Whether Major or Major Arcana each card has a small black-and-white reproduction of its image in the top left-hand corner of its page, and an italicised paragraph summarises the essence of the card. This is followed by a description of the image and what it represents. The Meaning tells the Seeker how to interpret the card in a reading – these divinatory meanings do not stray far from traditional interpretations. Perhaps they err on the side of optimism, and their advice is less harsh than some traditional interpretations are, however they are not radically divergent. A Rider-Waite correlation is given last – which gives the Rider-Waite title of the card as well as keywords.

If you are a fan of the artwork of Toni Carmine Salerno, or like new-age art in general this deck will have great appeal to you – after all it showcases 78 of Salerno's striking art works. If you are seeking to connect with the essence of universal love, or wanting to invite the spirit of universal love into your life then this is the deck for you. The Art of Love Tarot is one of those decks which has broad appeal and application, and while it is probably not suitable for absolute beginners (simply because it contains no traditional symbolism) it is easily mastered by those with tarot experience. It is a deck intended to heal and attune the Seeker with cosmic good vibes.