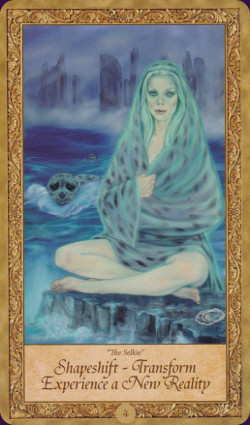 Art Through the Starstream Oracle

The Art Through the Starstream Oracle is a 52-card deck based around the theme of the stars, and reconnecting with our origins in the stars and the source of creativity. The cards are intuitively painted from an initial focus on the eyes of the character and then moving outwards into the rest of the painting.


Card Images from the Art Through the Starstream Oracle 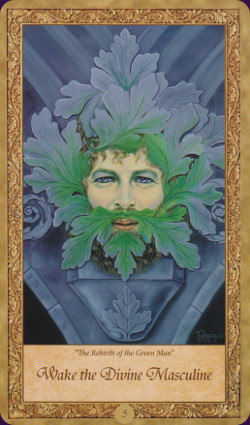 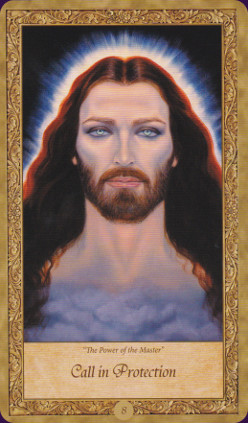 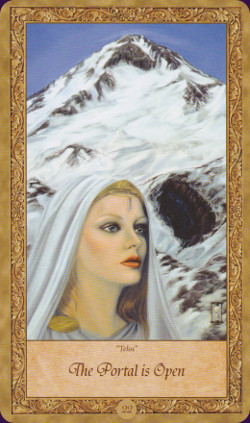 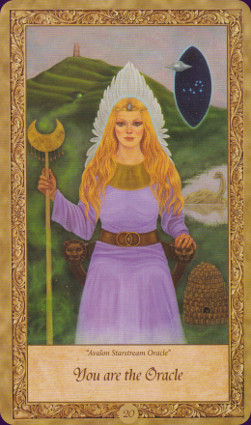 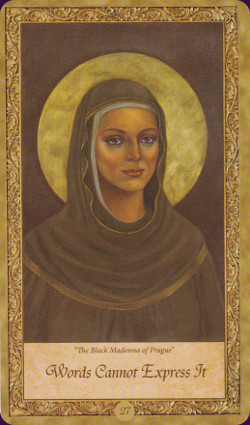 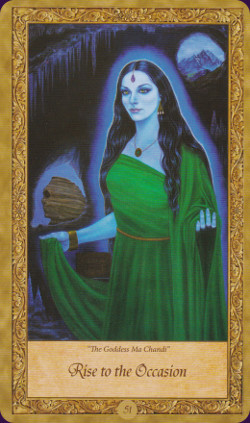 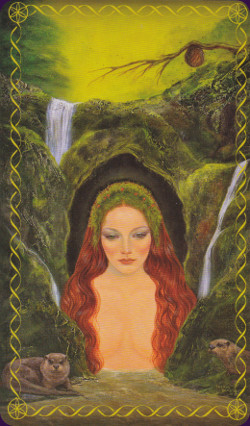 
Art Through the Starstream Oracle Review by Bonnie Cehovet

“Art Through The Starstream Oracle” is a 52 card deck with accompanying 113 page guidebook, based on the theme of stars, and reconnecting with our origins in the stars. I loved the thought on the back of the box – that this oracles connects us to our origins in the Source Field where all creations, solutions, and outcomes are possibilities waiting to be intuitively chosen.

The set comes in a hard cover box with a lift-off top. The cover image for the box and the guidebook is that of “You are The Oracle”, from the “Avalon Starstream Oracle”. In the publishers forward to the guidebook, it is noted that Rose combined intuition, history, myth, and personal experience in creating this deck. The paintings come from experiences in both the inner and outer realms. Here we have a very talented artist with the ability to see into the mystical realm.

I found the manner in which Rose creates her art to be significant – she paints in oil on linen, using the eyes as a focal point, and spiraling out from that. In this way a natural vortex is created on the canvas.

The guidebook covers using the cards (beginning with clearing them), and presents a series of spreads, including a 13 card Starstream Portal Spread, a 4 card Prahna Spread, a 5 card Lemurian Dreaming Spread, a 5 card Through the Veils of Avalon Spread, and a 5 card Telos Spread. It is suggested that Rose’s sister deck, “Art Through the Eyes of the Oracle”, be used in combination with this deck for optimum possibilities. Rose also suggests that creating an Oracle circle with friends is an interesting way to use this deck.

Each card is presented with a black and white scan, the title for the painting, the year in which it was painted, an expanded meaning, and a short background on the card’s historical/mythical foundation. From the book:


Expanded meaning: Get yourself ready for a life altering occasion. Performing rituals can be helpful for this. Purifying in sacred waters, detoxing, and going on your own pilgrimage will assist you to be in optimum condition.

St. Nectan’s Glen in Cornwall has long been venerated as a sacred site. A Nectan was an old term for a Celtic water god. From ancient times, rituals have taken place here. Various phenomena have been reported and occasionally shows up in photographs. It might be the ghost of the hermit who called himself Nectan, knights, or Fae folk. The Glen is truly a gateway to the otherworld. In this painting, Arthur has come on his white horse for the purification ritual, and a night of contemplation before the ceremony of Sacred Kingship that took place a mile away on Tintagel Island.”

The cards are 3 ˝” by 6”, of sturdy card stock, with gilded edges. The card back shows a red-headed woman in contemplation in nature. In front of her we see a stream, to the right and left some type of forest animal. Behind her we see a series of waterfalls. Predominant colors are earth toned – gray and green. There is a gold border surrounding the image. The backs are not reversible.

The card faces show a gold border framing a central image. For the most part, the deck is done in darker colors, with each card somewhat of a monotone. The card title, a key thought, and the card number are at the bottom of each card.

19 “The Grail King”/Don’t Take Anything For Granted

Expanded meaning: If you are called to serve – step up to the plate. Acknowledge the gift as a borrowed energy that can be a grail of creative possibilities is used with a sense of responsibility. Otherwise, it will disappear into the mists.

Expanded meaning: Don’t believe everything that you hear or read. As they say, nothing is carved in stone. Feeling helpless and giving in to negative outcomes will not help alter the situation.

Expanded meaning: Watch out for empty enchantment and false promises made in the heat of the moment. Love should not require sacrifice. Responsible choice can prevent tragedy.

36 “Mound of the White Horse”/Break the Negative Cycle

Expanded meaning: Enough is enough. Have the courage to break free and create a new paradigm in your life. Leave the invalidators and abusive situations behind. No more sacrifices.

Expanded meaning: Slander cannot touch your essence and is usually based on jealousy. Ignore it and transmute the negative energy through compassion.

I love this deck, and recommend it to all that want to connect with Spirit. Rose notes that this deck can be used in conjunction with her preceding deck, “Art Through the Eyes of the Soul Oracle”. However you choose to use this deck, it will expand your perception of what your life can be.


Art Through the Starstream Oracle Review by medusawink

Predicated on the idea that we come from the stars and maintain a deep subconscious connection to these origins, the Starstream Oracle is intended to assist the Seeker to connect with this 'Source Field'.

The Starstream Oracle is host to a cornucopia of new-age beliefs and myths, coupled with Aquarian conspiracy theories. Depicted in these cards are Ascended Masters, light beings, channelled entities, gods and other deities, as well as a mythical and fairy tale beings, aliens, Knights Templars, cryptids, portals, vortices, UFOs, ancient monuments and sacred sites, Silbury Hill a.k.a. the Silbury Stargate, secret cave networks, hidden messages, Avalon, Lemuria, Sirius, the Pleiades, and subterranean worlds.And let’s face it, any card deck that depicts sheep peacefully munching grass while a UFO buzzes a nearby earth-mound is pretty darn irresistible.

This is a 52 card deck, with no Arcana or suits. The cards, like many oracle decks are quite large but relatively easy to handle. The card stock is light but inflexible, with a smooth and glossy finish which facilitates easy handling and shuffling. The cards have gilded edges of high quality, the gilt neither tarnishes or rubs off during handling. The print quality is very good – lovely clear images, with no blurring or misprints, and no colour bleeds.

The palette is naturalistic, but given that many of the images are of otherworldly beings, it can also be vivid and a little unusual. The natural world is rendered in realistic colours – deep greens, earthy browns, lucid blues – and the supernatural world takes on radioactive, glowing shades of blue, green, pink, and yellow.

The artist's style is realistic and shows an adept hand at rendering scenes in classic oil paint techniques. Each image is contained within a filigree frame of curling branches and leaves. This in turn has a narrow tan-coloured border around it. At the base of each image is a phrase that is essentially the card’s divinatory meaning. The print on the back of the cards is an enlarged image from the oracle deck – the Goddess Avnova.

The cards and guidebook come packaged in a solid cardboard box with a liftoff lid, which is printed with images and information from the Starstream Oracle. This sturdy packaging will protect the cards very well, and is compact enough to be thrown into a handbag or backpack.

The 114 page guidebook contains divinatory information as well as black and white reproductions of each card. The Introduction covers sources of the artist’s inspiration, and an explanation of her painting techniques. There is some brief instruction about using and caring for the cards.

Five divination layouts are included – a yearly overview, personal change, finding one's soul path, asking questions of the Divine, and facilitating a journey to inner earth. Each card has a paragraph or two explaining the meaning behind it’s image, as well as a concentrated summary of the cards esoteric meaning.

This is an interesting oracle deck which will have considerable appeal to a broad spectrum of new-age believers. It is loaded with striking images, that will certainly inspire one to consider new points of view. This is a peaceful deck with no images of conflict or anger, and is consistently positive in its outlook. If you are looking for an oracle deck that embraces a wide body of beliefs and aims to empower the user then the Starstream Oracle is ideal.


Similar Decks to Art Through the Starstream Oracle

Category: Tarot Decks With Gilded Edges
Creator: Art Through The Eyes of the Soul Oracle by Cheryl Yambrach Rose