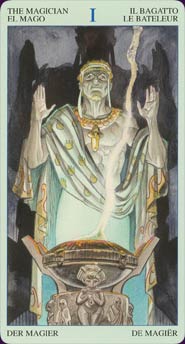 The Tarot of Atlantis is a fantasy deck, illustrating the mythical civilisation described in the writings of Plato. The 78 cards are fully illustrated and depict landscapes, buildings, and the religious and daily lives imagined to be lived by Atlanteans.


Card Images from the Tarot of Atlantis 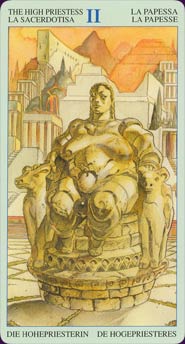 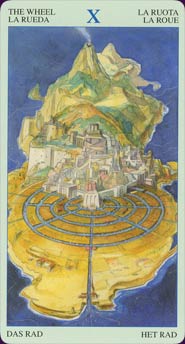 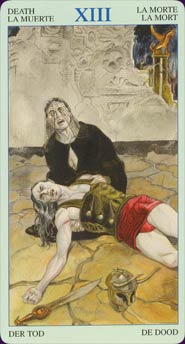 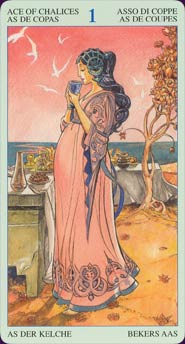 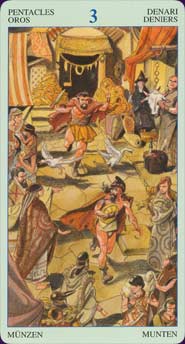 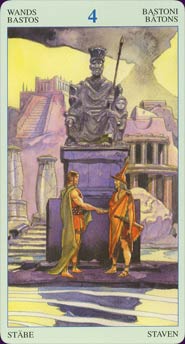 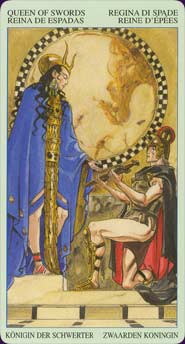 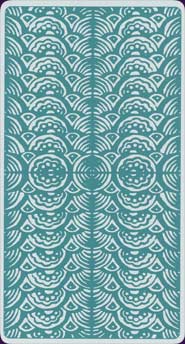 "The myth of the Lost Continent, the mystery that the ages have buried in the depths of the Mediterranean, is evoked by the symbolism of the Tarot."

The Tarot of Atlantis depicts a fictionalised era in the ancient island nation of Atlantis. The legend of Atlantis was most famously described in Ancient Greece, in Plato’s Republic, and has since taken on myth-like proportions, but there is some evidence that a civilisation once existed in the Mediterranean before being wiped out by a volcano eruption and subsequent tsunami.

The concept is from Bepi Vigna, who collaborated on the Tarot of the Druids, while the art is the creation of new Tarot artist Massimo Rotundo. The art is in comic-book style, and rather masculine in theme, and illustrates the imagined daily life of Atlanteans, through spiritual and religious rituals, scenes of love and romance, games and banquets, as well as images of the city and its destruction on a grand scale. The Atlanteans come across as quite war-like rather than ethereal spiritual beings in this deck -- though there is mention in some of the myths that they controlled the Mediterranean and had defeated plenty of other nations, so it’s not entirely out of place.

There are 78 cards in the deck, divided into suits of Pentacles, Chalices, Wands and Swords and court cards of Knave, Knight, Queen, King. The faces of the cards have titles in six languages, as is typical for Lo Scarabeo decks. The major arcana have regular titles, but are linked with Atlantean archetypes in the booklet and also illustrate these people and scenes on the cards.


The suits are fully-illustrated scenes with regular titles, but their symbols and emblems have been reinterpreted to fit the Atlantis theme. Pentacles have been reinterpreted in relation to mercantile activities and show merchants, craftsmen and shopping transactions. Wands are idols and votive statues, with elements of priestly activities and religion. Swords are ‘the ancient arms of the Shardana warriors’ and are very war-like with plenty of battles and fights - the Nine and Ten of Swords appear to be melees, and the King is in the act of slaughtering a man. Chalices are the ancient vases of Mediterranean cultures and the sexier suit, featuring nudity and images of what appears to be a brothel in the Five of Chalices, voyeurism in the Six, and dreams of sexual positions in the Seven.

The backs of the cards have pale green borders, while the backs have a repeated floral design in teal and white that is reversible. The booklet is of the standard Lo Scarabeo multilingual variety and offers a few pages of introductions and then divinatory keywords that have been tailored to the deck. For example:

The Tarot of Atlantis is a rollicking action story with armed men and fight scenes, an exotic location, beautiful women, sex scenes, wise elders, and adventure all wrapped up in one 78-card Tarot deck. Recommended for readers who are over beginner level.