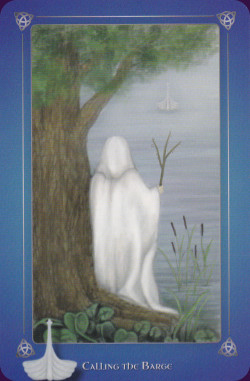 The Avalonian Oracle has 46 cards depicting scenes, goddesses and concepts linked with the priestesses of Avalon, the Arthurian legends and Celtic druidism. The deck is modelled around the concept of the Sevenfold Path and is designed for divination and self-realisation.


Card Images from the Avalonian Oracle 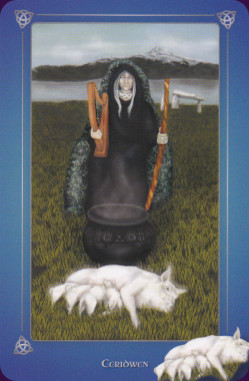 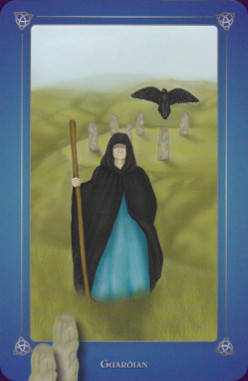 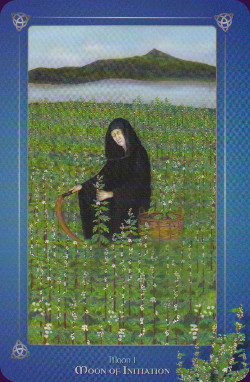 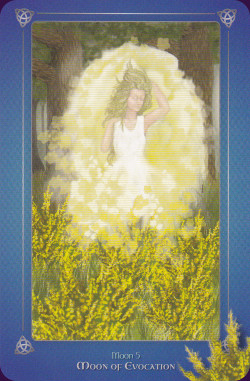 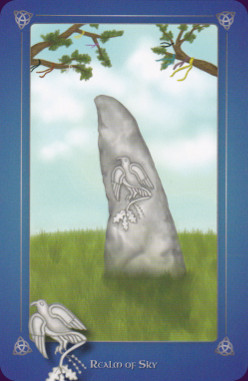 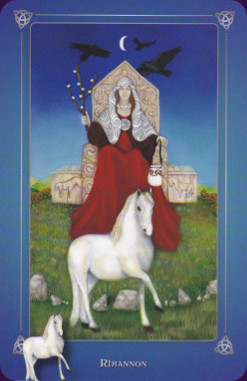 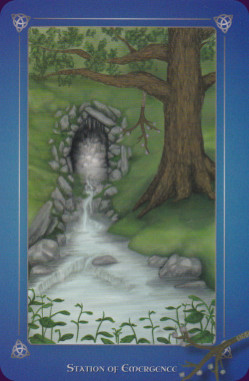 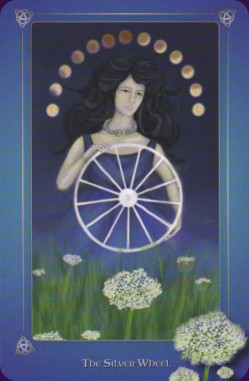 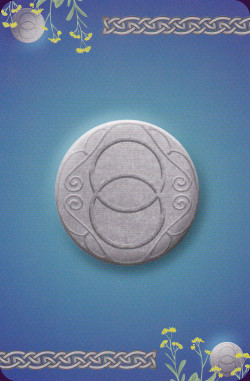 The Avalonian Oracle draws on some of the most potent mythology of the British Isles – Welsh mythology, the Arthurian cycle, and Celtic druidism. The Avalonian Oracle sets out to reconstruct the path of the priestesses of Avalon. It aims to guide seekers on a path that ultimately brings one into the presence of the goddesses of Avalon. Along the way the seeker learns to walk the Seven-fold Path, moving through the Three Realms, and experience the 13 Lunar Mysteries of the Apple Isle. This deck is intended to be used for both divination and self-realisation, with each card being a catalyst or portal into the Celtic Twilight/Otherworld.

The Sevenfold Pathway is the progression through the 46 cards of this oracle deck. Cycle 1 features the 5 Seeds of Wisdom, Cycle 2 is the Avalonian Healing Cycle, Cycle 3 introduces the Seeker to the Goddesses of Avalon, Cycle 4 works through the 13 moons of Avalon, Cycle 5 introduces the 9 Morgens, Cycle 6 brings the Seeker into the 3 Realms, and Cycle 7 features the Cyclic Journey.

This is a 46 card deck. Being an oracle deck it features neither Major or Minor Arcana however as noted above the cards are divided into seven cycles. All cards feature a title which is relevant to the cycle such as; Calling the Barge, Station of Emergence, Rhiannon, Moon of Transformation, Emissary, Realm of Sky, The 5 Seeds of Wisdom and so forth.

The cards measure 85 x 130 mm, which makes them a average size oracle deck, and fairly similar in size to many current tarot decks. The card stock is superb, it is light and sturdy, flexible without being flimsy, smooth with a high gloss finish. The cards have a nice weight to them, sit well in the hands, and are very easy to shuffle.

The print quality is excellent – the images are clear, with delicate colouring and no blurring or misprints. The artwork is mixed media – a combination of hand and computer illustration. In some places it is slightly amateurish in execution but this does not lessen the mystical atmosphere of the artwork or the overall charm of the deck. The art style is one not uncommon to many new-age illustrations, a combination of realism with a misty and mystical atmosphere, featuring people with slightly otherworldly and serene expressions and features. It features a naturalistic palette of true flesh tones, earthy browns, rich greens, pale blues, and misty greys as the most dominant colours.

Each image has a narrow grey border and features a triquetra in each corner, as well as the small image of a barge in the bottom left-hand corner. The image on the back – a large grey stone disc featuring interlinked circles, with Celtic knot-work and yellow flowers – is designed to be reversible. The cards and guidebook come packaged in a box set. This is made of solid cardboard with a lift open lid featuring magnetic closures and ribbon hinges. The finish on the box is glossy, printed with an image of the Lady of the Lake as well as reproductions of cards from the deck, and information regarding the Oracle. This sturdy box can withstand the rigours of travel and frequent handling without sustaining much, if any damage. As always with Schiffer publications, the production values are excellent.

The large 128 page guidebook features a comprehensive guide to using the cards. There are eight chapters; the Introduction aims to familiarise the user with the structure of the deck and also gives some information about The Sight and Synchronicity. The following seven chapters, not surprisingly, work through the seven card cycles of this oracle deck. Here the information is comprehensive and includes a card description, keywords, divinatory meanings and in some chapters features a quest, a goddess, a season, herbal correspondences, and affirmations.

The Avalonian Oracle is a fascinating and totally original concept. There is more than a little ‘Mists of Avalon’ about this deck, so if you feel a particular affinity with this interpretation of the Arthurian legends then you will really enjoy using this deck. If you are interested in Celtic mythology or the Arthurian cycle then you will find this deck fascinating. If you feel a particular closeness to the goddesses of Avalon then this Oracle will help open doorways into their realms. If you are looking for Oracle cards that serve both a divinatory function and a path of spiritual awakening then you would do well with the Avalonian Oracle.