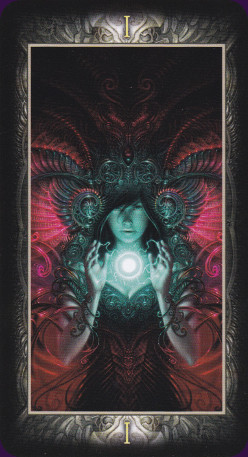 The Barbieri Tarot is a vibrant, powerfully illustrated 78 card deck from Italian artist and master of the fantasy genre, Paolo Barbieri. Selections of his dark, fiery and detailed art have been chosen to fit the tarot archetypes.


Card Images from the Barbieri Tarot 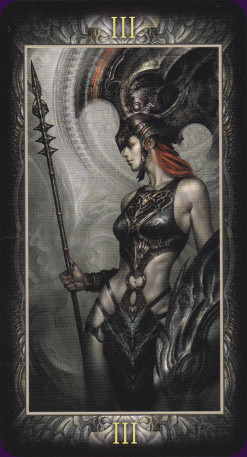 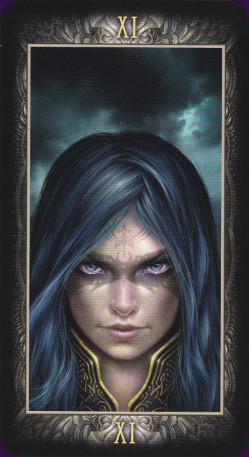 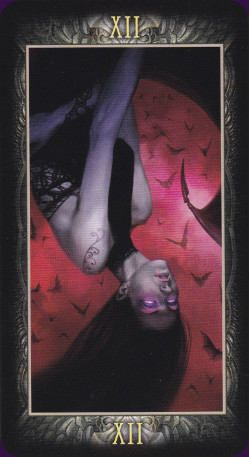 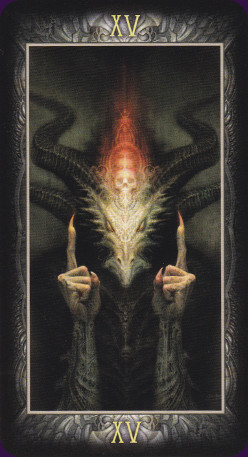 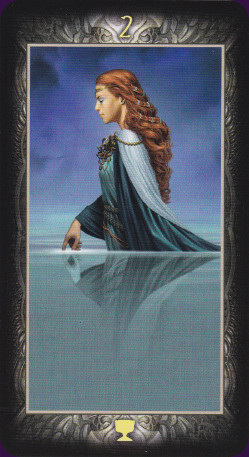 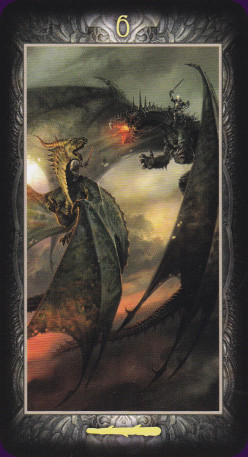 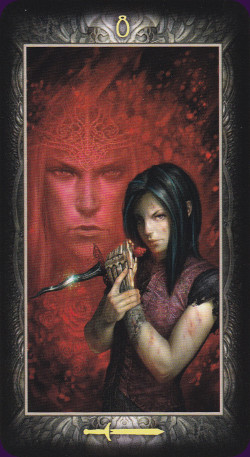 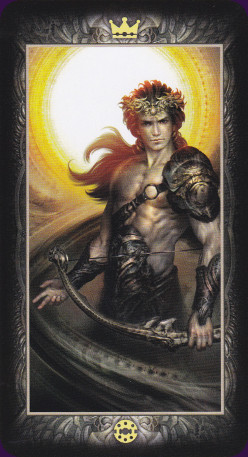 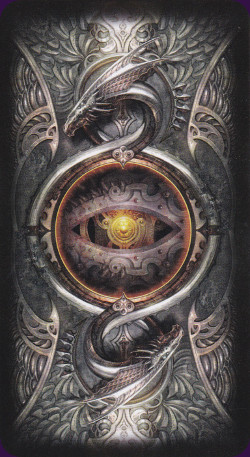 Paolo Barbieri is an artist who specialises in cover-art for some of the most famous and prolific authors, with a focus on, but not limited to science fiction and fantasy writers. His fluid, almost seamless technique has been used in illustrations from myth and fantasy (including killer apes!), dragons and other mystical creatures, through to steampunk, alien landscapes, space travel, to traditional sword and sorcery.

The Barbieri Tarot suffers from the usual problems associated with forcing an artist's broad body of work into the framework of traditional tarot – if it has not been created specifically as a tarot image it lacks symbolism and narrative. This can make it quite difficult to read the cards if there are no familiar reference points to work with, merely a collection of (rather beautiful) portraits and unrelated images.More than half this deck is ‘portrait’ images of one form or another.

This is a 78 card tarot deck, with 56 Minor Arcana and 22 Major Arcana. The Major Arcana follows A E Waite’s titles and ordering standard to the letter. The suits are Chalices, Pentacles, Swords, and Wands. The Court cards are Knaves, Knights, Queens, and Kings. The Major Arcana is indicated by Roman numerals only, no titles are used; while the Minor Arcana has Arabic numbers. The suits are indicated by a small symbol – a cup, coin, club, or sword at the base of the image. Court cards have an additional symbol at the top of the card – a helmet, horse head, or crown. Most of the Major Arcana images have been well chosen and have no need of a title, they are quite self-explanatory. However a couple are a little obscure – the sleeping dryad as The Hermit, and the somewhat forbidding mermaid as Temperance give no clue as to their designation.

Lo Scarabeo generally produces high-quality tarot decks and the Barbieri Tarot is no exception. The cardstock is good – thin but sturdy, a little flexible, smooth on the front and a bit toothy on the back, with a low sheen finish. The cards are easy to shuffle – they slide without clumping and the small amount of texture on the back prevents them from being too slippery and hard to control. The print quality is wonderful – capturing the detail, subtleties and fine colours of Barbieri's artwork. The images are crisp and clear, without any misprints, no blurring, murkiness, or colour bleeds.

Paolo Barbieri’s artwork is outstanding, with realistic skin tones, striking, individualistic faces full of character; a genuine sense of movement and dimension, with fabulous detail. His palette tends towards the dark side – deep hues of night – indigo, grey, viridian, jade, as well as fiery and infernal contrasting yellows, oranges, and reds. Barbieri is a master of fantasy art and those familiar with this genre will recognise many of the tropes – muscular heroes, seductive women, warriors of both genders brandishing swords and other weapons, ferocious dragons with sleek scales and monolithic fangs – it is a forbidding world that he creates, full of menacing darkness where only the strong survive.

Barbieri works primarily as a digital artist, but he also uses airbrush, acrylic, and oil paints. Many digital artworks have a strange plastic quality to them, but this is not the case with the Barbieri Tarot. His style is smooth and seamless, with a near liquid perfection. The images have a patterned border that fades to black at the outer edges. The print on the back – a steampunk eye device surrounded by dragons – is fully reversible.

The cards come packaged in a lightweight cardboard box, with a glossy finish, printed with the image of The Magician. This box is compact and will fit easily into a shoulder bag or backpack – but it will not survive rough handling or the rigours of travel without serious wear and tear.

The 63 page Little White Book comes with instructions in five languages – English, Italian, Spanish, French, and German. The divinatory meanings have been written by prolific tarot author Barbara Moore and are for upright cards only. Moore is one of the better authors currently writing about tarot today – she skilfully blends traditional interpretation with outstandingly progressive definitions. With the Barbieri Tarot she has tailored her divinatory meanings to fit with, and give narrative to the images, which in no way detracts from their innovative explanations. It may be heresy to say this but Barbara Moore has put more forward-looking divinatory meanings into little white books then she has into her full-length tarot books. Never dismiss or overlook an LWB written by Barbara Moore!

A small 6-card spread is included (The Mirror and the Guide Spread) which is an all-purpose layout that will help the Seeker find clarity for most questions.

If you are a fan of fantasy art in general, or Paolo Barbieri in particular then this is a must have tarot deck for you. It is not recommended as a beginners deck as it has no traditional tarot symbolism at all. However if you are an adept with a taste for sword and sorcery then this is probably the best fantasy art tarot deck on the market today.