Tarot of the Bellydancers 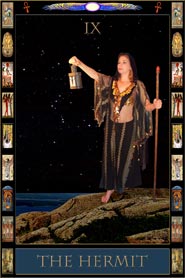 The Tarot of the Bellydancers features photographs of beautifully-costumed bellydancers shot against a blue screen and morphed into composite layer settings for the card. The 78-card deck uses mixture of Marseilles and Waite style imagery and its own personal imagery.


Card Images from the Tarot of the Bellydancers 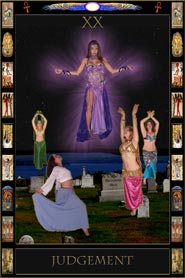 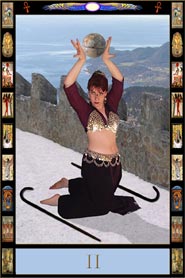 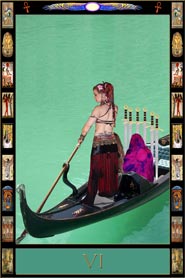 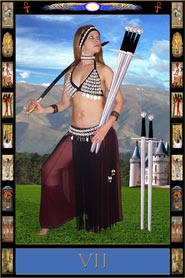 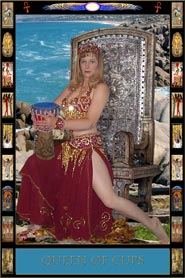 Tarot of the Bellydancers Review by Solandia

The new independently published Tarot deck, the Tarot of the Bellydancers, is unique in theme and in artistic creation. The 78 cards were a three-year project and feature belly dancers photographed against a blue screen, their images merged with their Tarot settings via computer graphics software. The artist, Russell Henderson, has thirty years of experience with the Tarot, while the photographer, Victoria Logan (Inara), is also a bellydancer.

Each card has a uniquely positioned belly dancer, a woman posed in gorgeous dancing costume. The models are of varying ages, hair-colours, appearance and dres; the costumes are from across the spectrum and there are velvets, satins, lace, finding, long skirts, bikini tops, modest dresses, scarves, gold coins, gauze veils, beading and sequins. There are plenty of bare bellies, and some dancers show lots of cleavage and leg, while others are covered from wrist to ankle. Neither the costumes nor people seem to have been duplicated much across the whole deck.

The studio photographs of the dancers have been carefully cropped and overlaid on some very scenic backgrounds of mountains, lakes and fields: there are ruined castles in the 10 of Wands, and the pyramids in the Knight of Wands. The cards reminds me a little of the Sacred Circle Tarot with the mix of real photographs of people, scenic landscapes and computer-generated suit emblems. It’s a populated Tarot – the Eight of Wands shows a reclining woman, and the Tower is the only card in the entire deck without a person (not even the traditional image of two people falling from the building).

The card imagery is simplified in order to go to the heart of the meaning and balance the Rider-Waite and Marseille styles, but without over Christian symbolism or excessive gore or violence.. Death is probably the biggest departure from traditional symbolism, and purposefully so. It shows a masked, long-haired woman wielding a shining sword, behind her the setting sun, and that’s all, just her looking out of the card and the glowing sky. Most of the cards feature women, but no means exclusively. Plenty of cards that traditionally featured a male such as the Magician, the Fool, the Hermit or the Knights now have a female belly dancer; though the Emperor, Kings, the High Priest and the 10 of Cups all feature men.

The four suits of the Tarot of the Bellydancers are Pentacles, Swords, Wands and Cups, represented by items commonly used by a belly dancer – Zills (finger cymbals), Swords, Canes and Drums respectively. The major arcana have some titles changes; the Hierophant becomes the High Priest, the Hanged Man the Hanged Women, and the historical order of Strength and Justice has been retained. The Knights in this deck all ride flying carpets rather than horses, and they also seem a bit older than the Pages, and younger than the Queens.

The cards are large - the same size as a postcard at four by six inches. They are a little harder to handle than a regular deck, but the bigger size shows off the photographic artwork in greater detail. The borders are correspondingly wide, with an outer black border and an inner one with nine tiled Ancient Egyptian scenes, from Tutankhamen’s death mask to what look like religious motifs and friezes. The title is a large all-capitals font at the bottom of the card and the suit cards are not titled, they have a Roman numeral only. The backs have a reversible design with the title of the deck and a belly dancer seen from behind, and there is one extra card included with the deck that provides the authors’ website address for more information on interpreting the cards.

My favourite card was the Magician card. An older woman, I’d judge to be in her forties, wearing a purple sleeved top and skirt, and holding the wand up, against a green hillside pasture and bluish sky. The Sun, with a blonde, smiling woman in red and gold who dances in a field of sunflowers illuminated by bright sun; there is a great sense of movement to the card.

I have the 78 card version of the Tarot of the Bellydancers, but according to the website there is also going to be an additional 100 card version that has a fifth suit, representing spirit, coming up later in 2006. There are plans as well for a booklet to accompany the cards, but for now the creators are happy for the reader to use their own interpretations or standard meanings. Beginners could use a generic Tarot book, while the more experienced can apply their preferred set of interpretations, or let intuition be their guide.


Complete Details of Tarot of the Bellydancers


Similar Decks to Tarot of the Bellydancers

Home > Decks > Tarot of the Bellydancers