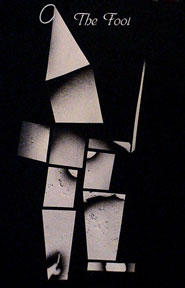 The Black Tarot is an experimental set of abstract colour collages created on black backgrounds. Only seven cards have been completed so far.


Card Images from the Black Tarot 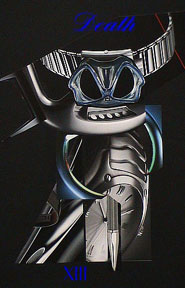 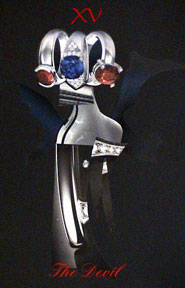 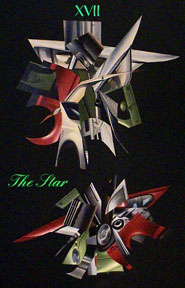 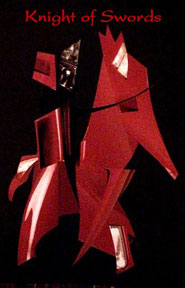 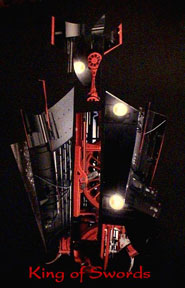 Colour collages made of various photos on the black background (hence the name "The Black Tarot"). These are not traditional collages: every image has been cut into pieces and then different pieces of different images were assembled into something completely different... You can see many things in them. I just saw some Tarot cards...

These cards were not started as a deck. In fact, they weren’t started as Tarot cards at all. Two years ago I suddenly got into making collages; three months later there were nearly 150 of them.

Collages came to me as a flash. I had no idea what I was doing and why; I just enjoyed doing it. Soon the patterns appeared: there were “Warriors”, and there were “Children”, there were numerous “Bulls” and even more numerous “Masks” and “Faces”.

Then, about a year later, I got into Tarot, almost as suddenly as I went into collages. Tarot came to me as a flash as well. Within a few weeks I bought my first decks, and my first Tarot books and plunged into them. All of a sudden a lot of things started making sense to me, and Tarot became my passion…

And guess what? Once I just looked at the wall at one of my collages - “Devil as People See it” - and, all of a sudden realised that I created The Devil Tarot card even before I knew it existed. A quick look around revealed a few more: amazingly enough, most of them already had the titles very similar to the actual card names: Death was Death before, The Star was The Star and The Hermit was initially called The Old Man. Only The Fool, the King and the Knight of Swords were created later, but again, not deliberately: I realised that they were Tarot cards only when they were finished.

Can these cards be used for Tarot readings? I never asked this question when I made them. The images are pretty abstract, so very few people see the same images in them - though many are taken aback by the Death card. Do they reflect traditional card meanings and symbolism? Even if they do, it was certainly not a conscious choice. Now, when I know more about Tarot and even started reading for myself and for others, I would probably say that a deck like that ­ if it ever emerges ­ could be used. But I don’t think I would use it myself.

So far I only have 7 cards, and no plans to continue. Will I ever? I don’t know… I started drawing some cards in a much more “classical” manner using Rider-Waite and Morgan-Greer decks as inspiration: what will come out of it, I don’t know. So why post them on Aeclectic Tarot? I guess, just to share with you the strange story about how the cards came into being…