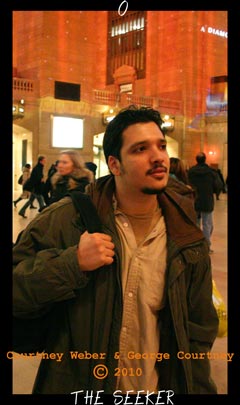 Tarot of the Boroughs

The Tarot of the Boroughs is a full 78-card deck composed of original photography set in New York City. The deck is urban and contemporary, and features New Yorkers from all walks of life as well as well-known artists and writers.


Card Images from the Tarot of the Boroughs 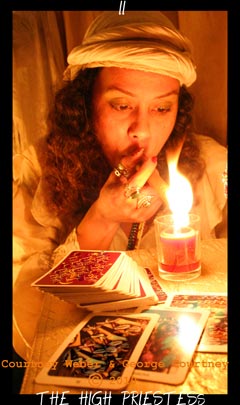 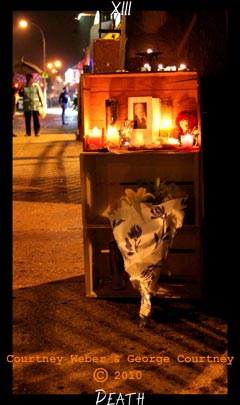 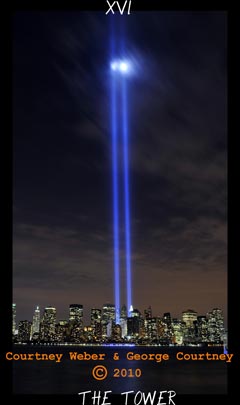 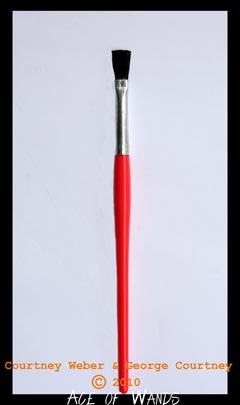 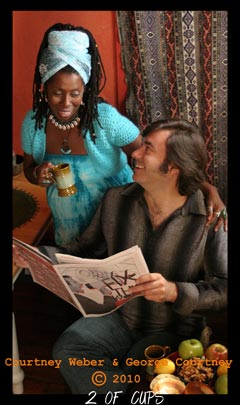 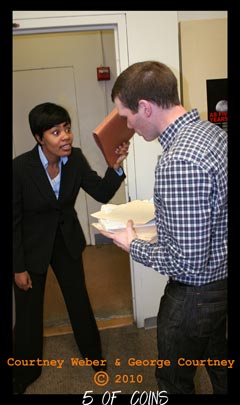 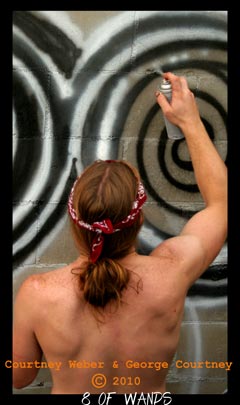 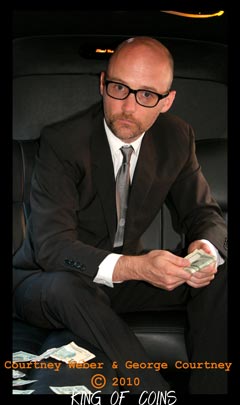 
Tarot of the Boroughs Review by Bonnie Cehovet

I feel very lucky to have had this deck come unto my life. It is a very unique, 78 card deck based on the traditional Tarot template, but in a contemporary incarnation – specifically, that of New York City. The esoteric energy of the traditional Tarot is replaced with the vibrant energy of that which is familiar, allowing the reader ready access to the stories that are the Tarot (and to their own stories).

Traditional Major Arcana titles have been kept, with the Fool becoming the Seeker, Strength at VIII and Justice at XI. The suit titles are Wands, Cups, Swords and Coins, with the Court Cards entitled King, Queen, Page and Knight. Coins are listed as “Matters of livelihood”, Cups are “Matters of the heart”, Wands are “Creative endeavors, passions”, Swords are “Conflicts, drama, problem solving”.

To tell the Tarot’s story, Weber and Courtney have featured New Yorkers from all walks of life, including well known writers, visual and performing artists, and many others. On the “Tarot of the Boroughs” website there is a very unique feature – short bios for each of the models featured in the cards. I was quite interested to read the bio on one of the women in the cards – she is featured in the suit of Cups, and comes across as a powerful, independent woman. Reading her bio, her name is Imakhu Mwt Shekemet, and she is a Kemetic Priestess, storyteller, lecturer, motivational speaker and more. Her personal power comes across incredibly well – this is a real life person, with a real story to tell! The intent and purpose of this deck works!

There is a small (15 page) booklet that comes with the deck. Photography and modeling credits are given, as well as a sample spread (interesting inverted triangle format), short interpretations for the Major and Minor Arcana, short bios for Courtney Weber, George Courtney and Chris Ross, a listing of which models are on which cards, and a page of thanks.

The Seeker - The start of a new journey
The Hermit – Solitude, wisdom
King of Coins – The boss man
Two of Cups – Personnel connection
Four of Swords – Picking up the pieces


As you can see, the definitions given for each of the cards are very basic, very utilitarian. In fact, the reader is encouraged to develop their own interpretations.

The cards themselves are approximately 2 ľ by 4 ľ, and of sturdy, glossy cardstock. The backs are reversible, with a dark background surrounding a beautiful center photo of the New York skyline. For me, the backs are really haunting! You stare at them, and there is so much energy there you do not want to look away!

These cards are incredible! Each card in this deck is impressive in its own right. The Seeker shows a young man, jacket open and head up, walking down a New York street. The Magician – all I can say here is … WOW! We see a gentleman in a long coat and beret style cap, carrying a book under his left arm. He faces the camera, about to go up a set of stairs that look to be in a very old setting, with a candelabra shining at the landing. One feels that one has stepped back in time.

The High Priestess is a very woo woo looking woman gazing into a lit candle, Tarot cards in front of her. She seems mesmerized by what she sees in the flames. The Empress, quite appropriately, is a pregnant woman. The Emperor brings tears to my eyes – portraying a young father holding his infant daughter up in the air in front of him, a smile on hs face.

The Hierophant is the ultimate politician in the white suit, at a rally yelling into a huge white megaphone. The Lovers is a card that may be controversial, as it shows two nude female lovers. The Chariot? What else – a New York taxi! Strength bothers me – we see a female figure in a doorway, in a stance to me that is much more physical strength than inner strength. You would have to read the bio for this model to understand where the inner strength comes in. The Hermit – one of my favorite cards in most decks, if not my most favorite – is much too dark in this deck/ Literally – one can only see the face and hands, as the Hermit sits outside of a chain link fence.

The Wheel of Fortune is portrayed as a Ferris Wheel – very appropriate! Death is portrayed as a memorial of candles and flowers on a city street. The Star is portrayed as an opera star. The Moon is quite evocative, showing a young lady from the back, as she looks out over the water, with a full moon high in the sky. Judgment is a gavel (very simple, very effective!), while the World shows a hand holding a small glass globe, reflecting the scene around it.

I am intrigued with the suits in this deck – each has a multiple storyline running through it, with models from the day to day story of the suit becoming the Court Cards. I loved the Four of Coins, which shows a gentleman in a suit, holding folded bills (money) in his right hand. He is looking to the left of the picture, where all we see is a female hand reaching out for the money!

I adore the suit of Cups – beginning with the Ace, which shows a very chi chi cup of coffee with sprinkles of perhaps cinnamon or some other spice on top. It looks so inviting! The storyline of two different couple runs through the pips – very well done! This is also the suit that has my favorite model in it – the very powerful, very feminine Queen of Cups.

The suit of Swords begins strongly with the Ace of Swords – a female hand, with bright red nails, holding a short knife, blade straight out to the onlooker. The suit of Wands begins in just as strong a manner, with a bright red paintbrush upright in the center of a white background. The Five of Wands has its own story, showing a woman breaking through a canvas, screaming.

This deck is not for everyone. It is for New Yorkers, for those who want to read outside the box, for those that relate to a more contemporary imagery, or for those who want to break out of a reading rut. And, of course, for Tarot collectors. This deck represents what may well be a new line of thought for Tarot imagery. I can see this deck being done using the imagery of several different cities, including Los Angeles, San Francisco, and Miami.

Because these are my interests, I am also going to mention that I feel that these cards could easily be used for ritual and journeying.


Similar Decks to Tarot of the Boroughs

Home > Decks > Tarot of the Boroughs