Not to be confused with the other Celtic Tarot decks, this particular deck by Julian de Burgh shows scenes from Irish mythology in a misty, pretty watercolour style.


Card Images from the Celtic Tarot 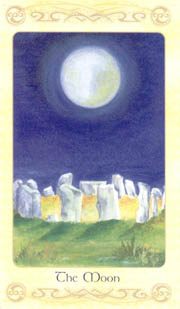 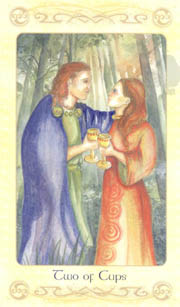 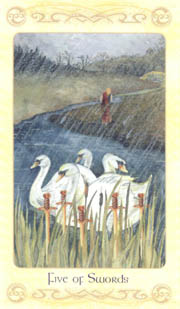 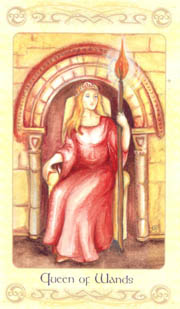 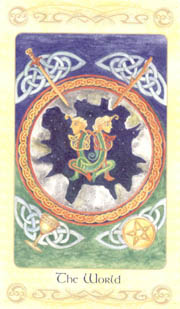 The Celtic Tarot (Book by Julian de Burgh, Art by Mary Guinan, published by Rider Books UK) is a deck/book set based on the great cycles of Irish mythology.  The drawings are watercolour representations of events from the ancient sagas within a pale yellow frame.  Even so, the artist has managed to incorporate much familiar tarot symbolism.  The Magician, for example, depicts Mog Ruith who was said to be the most powerful druid in Ireland, but shows him bearing the four suit symbols in traditional style.

The book is beautifully and clearly written and describes both the story behind each card as well as the basic divinatory meaning, again very much in traditional style.  The approach is unashamedly psychological and not at all "dark" in meaning.  A nice touch is a short quote which sums up the meaning of each major arcana card in affirmative style.  For example - The Devil: "I can untie the binds and set myself free", The Chariot: "Take the reins and move forward with care".

I have only two quibbles with this deck.  First, although beautifully printed, the cards give the impression that they would become grubby and dog-eared fairly quickly with regular use.  Secondly, it might have been easier to learn the system had each of the suits followed one saga right through (as The Mythic Tarot does).  Instead, with this deck each card depicts an isolated "snapshot" from the legends with no connection to the neighbouring cards.

Even so, it is an interesting deck and one for the fans of all things Celtic.