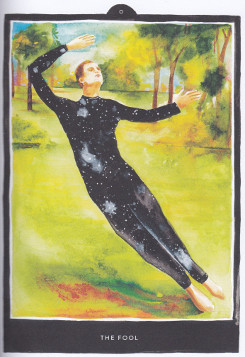 The Circadian Tarot is a print book written as as a daily companion for divination and illumination. The 78 printed card meanings are accompanied by 78 original watercolour tarot card images, and can be used as a bibliomantic oracle.


Card Images from the Circadian Tarot 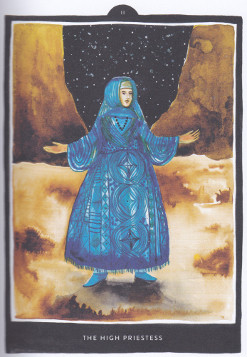 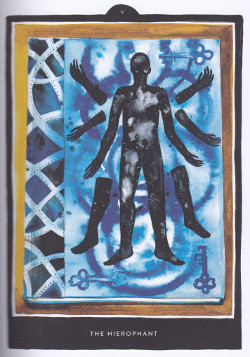 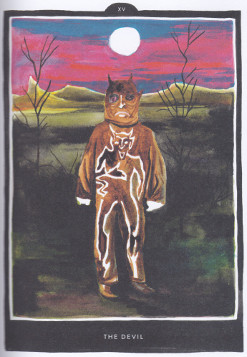 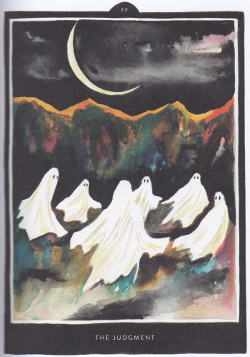 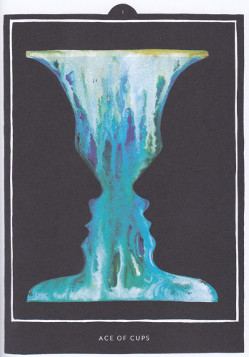 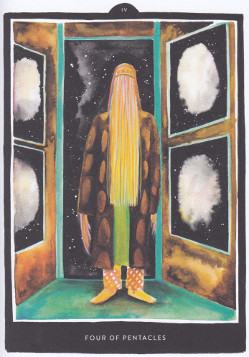 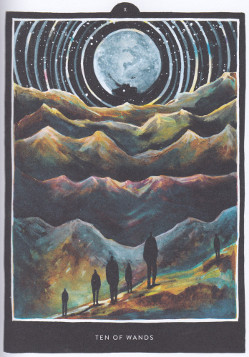 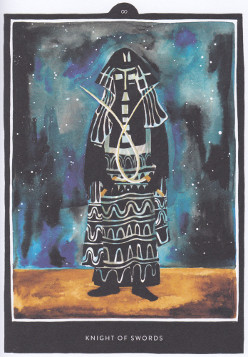 The Circadian Tarot is a tarot deck in book form. As such the cards are contained – they do not have to be shuffled or handled which will come as a relief to those who find their coordination challenged. However it negates all those jumping cards which can be signposts to the undercurrents of the Seeker's questions. So too does it put paid to cards that insistently reversed themselves for better or worse. Bound between two solid covers this is tarot controlled.

The user/Seeker is encouraged to view the book as they would a tarot deck – keeping it wrapped or separate, not allowing it to be handled casually, and generally treating it with some degree of reverence and respect.To use the ‘deck’ the Seeker holds a question in their mind, as they would during a card reading, and flips through the pages until ready to stop – best done with one's eyes shut. The deck/book can be cleared by repeatedly flipping through the pages, or smudging it.

This is a deck of non-traditional images in watercolour. Some of the ‘cards’ are somewhat (unintentionally) sinister – the 10 of Wands with its shadowy people under the moonlight, the 8 of Cups with its falling skeletons (or are they aliens), the 9 of the Swords with its vast piles of skulls. Other cards such as The Devil are strikingly unpleasant – is this a child in costume or does it reference the Zodiac killer?

This is a 78 'card’ or page deck. It has the traditional 22 Major Arcana and 56 Minor Arcana, with four suits – Wands, Cups, Swords, and Pentacles. There are 4 Court Cards in each suit – Page, Knight, Queen, King. Each card/page has its number at the top of the image in Roman numerals, and its title at the base of the picture.

The book measures 133 x 185 mm. It is printed on quite heavy paper with a matte finish which is for the most part smooth with only the faintest hint of texture. This certainly helps keep the pages separate (as opposed to sticking together) and helps with the handling of the ‘deck’. The print quality is excellent – clear and crisp pictures with no blurred images or misprints.

The artwork is in watercolour in a modern style. The palette strongly favours primary colours – yellows, reds, blues, with more subtle brown, green, black, and greys offsetting this. Many of the images are quite dark – a study in contrasts between a darkened background and a small but bright foreground. The images are contained within a dark frame, and a white border on each page.

Being leaves in a book, not surprisingly, there is no back to an image, nor are the 'cards’ reversible. The book is hardcover, with a smooth satiny finish. The cover is printed with watercolour pictures from the Circadian deck, and the titles are in deep blue on a silver background.

There is a short Introduction which outlines the general purpose of the tarot coupled with a micro-history of tarot cards in general. This is followed by instruction on How to Use This Book – which is straightforward and uncomplicated. The Circadian Tarot has one fundamental purpose which is to provide the Seeker with a 'divination of the day '. An inventive user could expand this by using the same method – focus on a question, open on a random page – to ‘draw’ cards for different positions in a layout. However this would be quite time consuming, and an activity better suited to an actual tarot deck.

"Reading The Tarot" gives the Seeker information about the structure of the tarot, and the focus of each suit. This is followed by the Circadian Tarot proper. The divinatory meanings for each card are quite short. There is no explanation of the image or the symbolism contained within it. The Seeker is given fairly standard advice, nothing groundbreaking here. However it does take into account that these divinations are intended to be daily readings, so one is given direction and instruction pertaining to immediate and short term issues.

For people wanting an Oracular book along the lines of Susan Hayward's "A Guide for the Advanced Soul", built on a foundation which is well established and reliable, the Circadian Tarot is it. This is a new, albeit limited, way of using the tarot, and as such is worthy of investigation.

If you are looking for a simplified yet profound tarot daily draw then the Circadian Tarot fulfils this function exceptionally well. In addition it is extremely portable – being fairly compact and quite innocuous – and can be used in virtually any setting. Now that this simple yet ingenious idea has been floated, more of these tarot-oracle-books are sure to follow: bravo Jen Altman and Michelle Blade for breaking new ground.