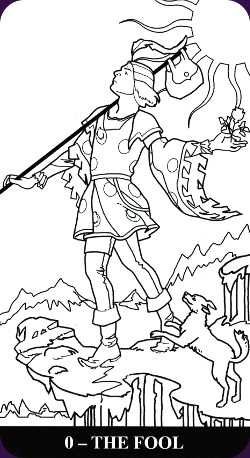 Color Your Tarot is a 22-card, black and white line art deck in the Rider-Waite tradition. It's been designed and printed to be coloured in, similar to the adult colouring books on the market.


Card Images from the Color Your Tarot 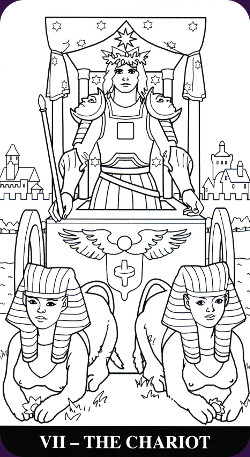 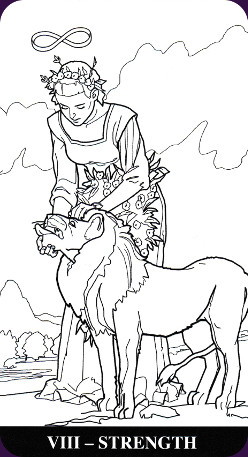 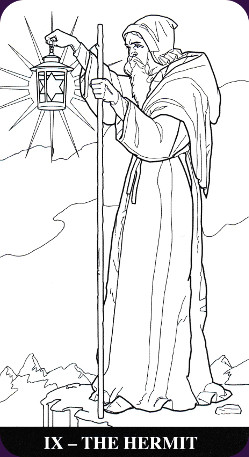 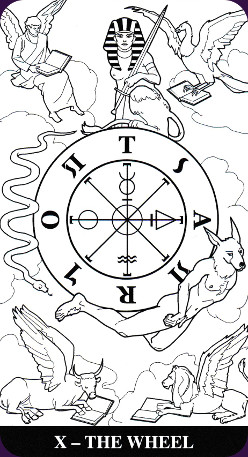 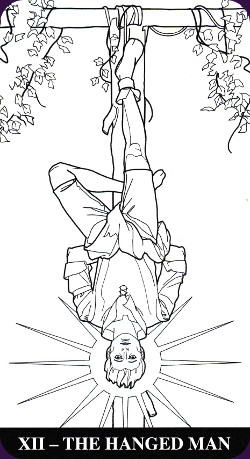 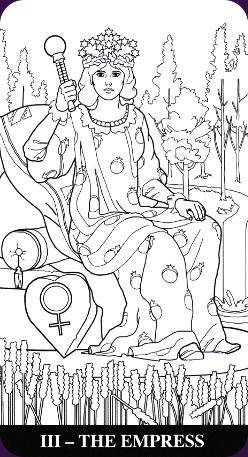 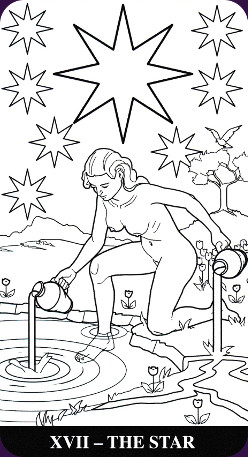 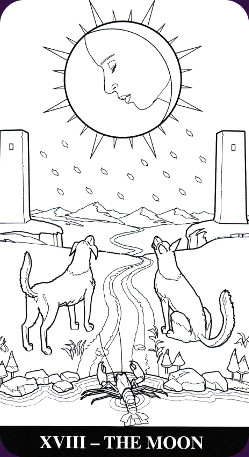 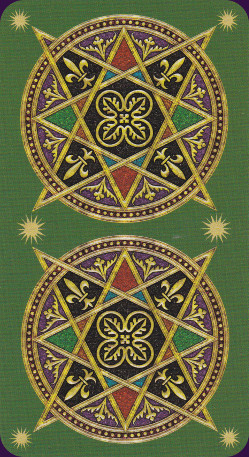 Color Your Tarot Review by medusawink

As an adjunct of the new colouring-books-for-adults trend, colour-in tarot decks are starting to make an appearance. While there have been occasional forays into black-and-white decks over the last half-century, it seems that more are being published at present and Lo Scarabeo is weighing in with their Color Your Tarot deck.

This is a 22 card Major Arcana only. The cards measure 80 x 145 mm which makes them considerably longer and a little bit wider than regular tarot decks. They are still easy to handle due to their relative narrowness. In their unaltered state, which is to say – uncoloured, they are easy to shuffle, and move through one's hands easily. However mediums such as paint, glitter, collage, spray sealant, or lamination may change the texture of the cards considerably and thus their handle-ability.

The card stock is very good. The cards are solid and sturdy with a laminated back. The face is very smooth and a little shiny and may score if coloured by a heavy-handed pencil user. Felt-tip pens, inks, paint-pens, and acrylic paints will achieve optimal results. Gel-rollers may also give quite strikingly effects but again heavy-handed use may inadvertently emboss the card.

The illustrations are basically cartoons – a modernised Rider-Waite-Smith Major Arcana, faithful in every detail to the original. The art style is smooth and pleasant and somewhat reminiscent of tween colouring books, or comics. No shadows, dimensional or depth indicators are given, so the Seeker-artist is free to shade as much or as little as they wish. There is plenty of white space which allows for texture and pattern to be added. The large size of the cards means that even the smallest of details, such as facial features, can be coloured with out fear of ruining the image.

The pictures have no borders, the illustration reaches to the edge of the cards. The numbers and titles of the cards are given in white on a black strip at the base of the image. The image on the back of the cards – 2 discs featuring unicursal hexagrams – is reversible. The cards come packaged in a sturdy cardboard box with a lift-off lid. This packaging is glossy and features images, some digitally coloured, from the deck. The box is slim enough to slip into a bag or backpack, and robust enough to survive the rigours of the road without sustaining too much wear and tear.

The 35 page instruction booklet is written by the ubiquitous Barbara Moore. It features information in 6 languages – English, Italian, Spanish, French, German, and Russian. The colouring 'instruction’ such that it is, wisely informs the budding colourist "… as time passes and our population grows more diverse, symbols (including colours) no longer always carry the same meaning for everyone." A list of 11 traditional colour associations is given, however the Seeker-artist is encouraged to personalise the deck and truly make it their own.

Having taken up less than a page with the colouring instructions, the remaining pages are given over to divinatory meanings, both upright and reversed. Here Moore eschews her intuitive and progressive meanings and aims straight for solid and reliable traditional divinatory meanings. No layouts or further information is offered.

Far from being a novelty item this Major Arcana is intended for serious fun and use. It has more than one application – trance work, intuitive creativity, art therapy, or perhaps asking your child to colour it in and create a magical memento you to use and treasure. Recommended for anyone who has ever thought about colouring their own tarot. Suitable for beginners and adepts alike.


Complete Details of Color Your Tarot


Similar Decks to Color Your Tarot