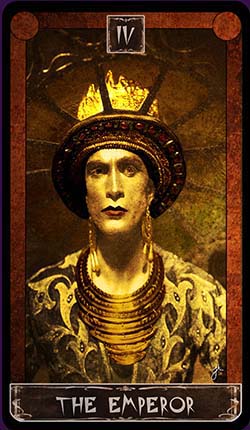 The Cult of Weimar Tarot has 78 collaged cards of the people, places and art of 1920s Berlin. The cards combine a Sola-Busca and Rider-Waite tarot aesthetic with a deep feeling for the spirit of the Weimar time in Germany.


Card Images from the Cult of Weimar Tarot 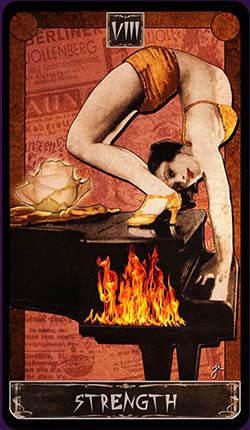 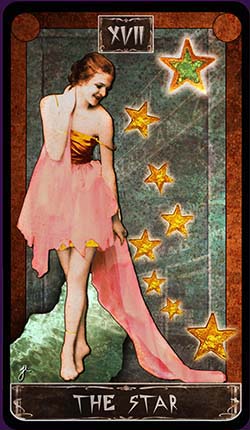 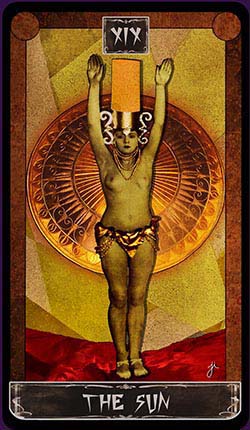 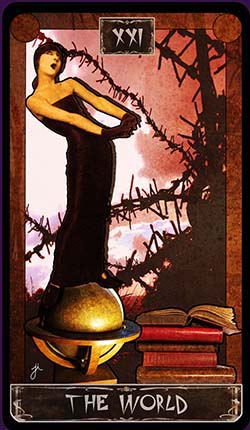 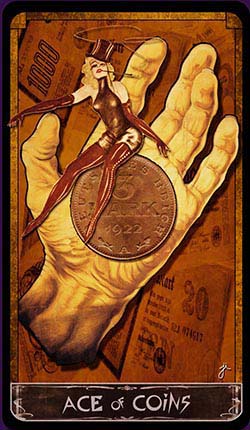 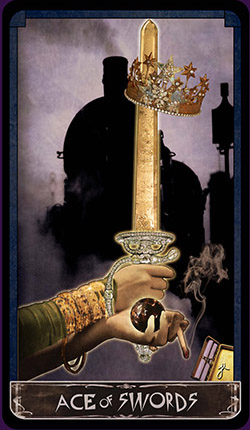 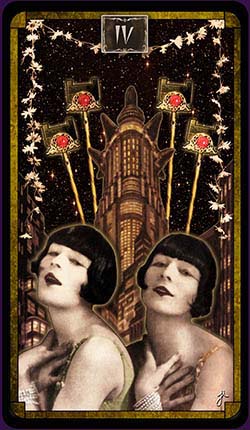 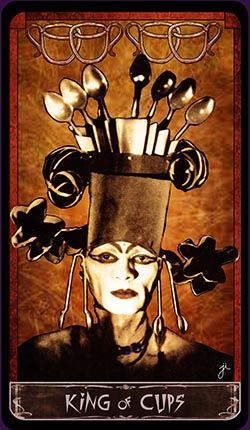 The Cult of Weimar Tarot is a collage deck, focusing on the years of the Weimar Republic, i.e., Germany between the two World Wars and especially Berlin. In those years, Berlin was the dance floor of Europe - a dance floor on top of a volcano that would soon break out and bury beneath it the avant garde art, the open and tolerant culture, the crazy sub-culture and everything else. Walking through Berlin today, you can still feel the heartbeat of those years vibrating beneath the many historical layers.

I was excited when I saw this deck for the first time, and I knew I had to have it. I spent many wonderful years in Berlin and explored its history and culture. The idea of seeking the archetypes, motifs and stories of the tarot in the Weimar atmosphere is creative and challenging, but also very apt. Aleister Crowley spent some years there, and interest in the occult was high. The art of the time, dominated by Expressionism and experiments in all genres, adds another interesting perspective - as do the many social challenges of the time and the down-to-earth character of the "Berliner as such".

Accordingly, I had high expectations, and the deck is no disappointment.

It adheres to the Classical structure of tarot decks with 78 cards. The suits are Wands, Cups, Swords and Coins. The cards are dark, surrounded by black borders and inner borders in unobtrusive dark colours: dark brown thicker frames for the Major Arcana, and thinner frames for the minor cards (metallic for Wands, dark red for Cups, very dark blue for Swords and brown for Coins). The colours are a bit more muted in print than on the website but very clear. The card stock is smooth, matte and very easy to shuffle. It doesn't have a plasticky feel to it.

The card backs are fully reversible and show a simple geometric pattern, reminding me of Bauhaus tiles or textiles. The card numbers are in Roman numbers on top; the minors have no suit name, only a number, but they're easy to recognize. The card titles on court cards and trumps are given in an interesting, spiky, asymmetrical font in capital letters at the bottom of each card.

The images themselves are collages of old photographs and other graphics. They're composed quite often like a stage, with the person in the foreground shadowed (of highlighted) against a background scene. In spite of the overall darkness of the scenes, the use of light and shadow is very clever and dramatic - there are pools of light that make the dark corners mysterious and sometimes threatening. Every detail on the cards has been chosen with care, and it's a pleasure to recognize some of the landmarks of Berlin in the background. What could be more suitable for the Chariot than Potsdamer Platz, the busiest place in Europe in those years?

The very well-thought out website gives the background stories to the people, places and motifs on the cards. Some of them are chosen so well it took my breath away. The fragile, dangerous beauty of Anita Berber appears on more than one card: as androgynous youth with monocle and skeptical face in the 10 of Swords, but also as dreamy, smiling beauty in the Star. She is actually the star of this deck with her chameleon-like ability to convey so many different facets of the human condition.

Her partner and husband Sebastian Droste is similarly versatile: androgynous and brooding as Knight of Coins, sharp and dangerous as King of Swords. Together, Droste and Berber seduce us on the Devil card.

Earthy, world-wise Margo Lion is amazing as World and even better as Temperance, with her feet on the ground and butterfly wings sprouting from her shoulders. This is probably my favorite card.

There is a strong emphasis on theater and dance in the deck, and it's possible that the artist gravitated towards it naturally either because she is herself connected to these art forms, or because of the tarot's origins in staged processions, or both. (Or none.) This gives a visual and atmospheric unity to the deck and a strong narrative bond - when reading with it, it's easy to interpret the cards as scenes from a play. It's a coherent, intelligent and beautiful deck that manages to transcend the specific historic place and time that it conveys so well - and that's the test for every tarot deck. Even if you don't know anything about Weimar Germany and the period between the two wars, you'll still be able to read with this deck - you'll enjoy it less, though.

The only slight initial disappointment was that some figures I had expected did not appear: Walter Benjamin, the melancholic philosopher and flaneur, Albert Einstein, the genius, Bruno Taut, Kandinsky, Brecht... and some others who were key figures at the time. Especially in the court cards, I'd have loved to see them. But it's obviously completely unreasonable to expect from an artist to pull out of her hat just the persons that I or anybody else associate with the Republic of Weimar. The mere fact that there are so many to choose from shows that the artist had good reason to create a tarot deck that reflects this period. Besides, the deck may well have disintegrated visually. The way it is, it's coherent, intelligent and very beautiful.

And the best: it feels fresh and relevant, but at the same time transports the spirit of its time to ours. I think that's what the artist set out to do, and she succeeded. When I moved into my first shabby room in a poor area of North Berlin, with no hot water and a coal oven, I might have found this deck in one of the cupboards, covered in dust but vibrant and alive as soon as I touch it....