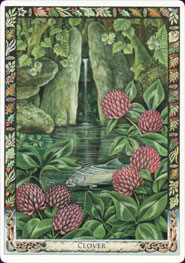 The Druid Plant Oracle is from the authors of the Druid Animal Oracle, and is illustrated by the talented Will Worthington. These cards feature individual plants, herbs, and flowers illustrated in natural landscapes. 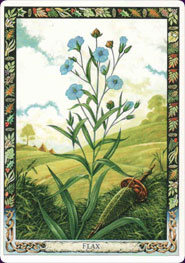 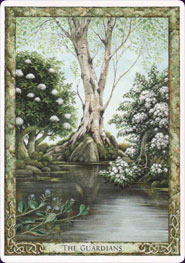 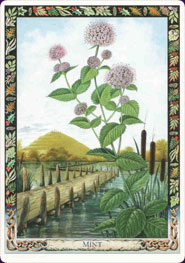 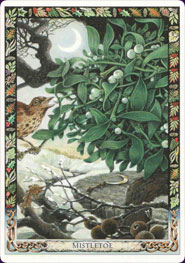 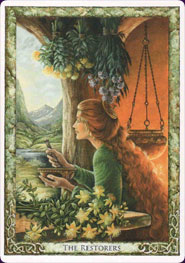 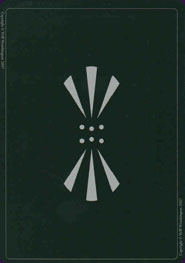 This oracle set consists of 39 sturdy cards and an excellent companion book. The book is authored by Philip and Stephanie Carr-Gomm, both well-known within Druidic circles in Britain, whilst the cards have been lovingly and reverently painted by Will Worthington. The strong-of-memory will recall that it was these same three people who created the DRUID ANIMAL ORACLE more than a decade ago. In many ways, these two decks can be viewed as siblings.

The cards are large. They were designed, in fact, deliberately to be exactly the same size as the cards in the animal oracle. And, similarly, they possess borders of leaves and berries. There are 36 illustrated cards and 3 that are blank. If you have an affinty for a particular wild plant not featured here, you can take a photograph and paste it onto one of the blank cards. Of the 36 illustrated cards, 33 show wild plants that can be found in Britain and Ireland today and which have a long history within these islands. 32 of them are considered indigenous whilst the thirty-third, Mandrake, was probably imported at a very early stage on account of its magical reputation. The three remaining cards are entitled "The Banes", "The Guardians" and "The Restorers" and each depicts not a single plant but, rather, a group of plants which share certain characteristics. How do we know what plants the ancient Druids used in their healing and ritual work? In short, the Carr-Gomms have consulted historical records (by Pliny the Elder and by Dioscorides), looked at archaeobotanical findings (fossils, peat-preserved bodies, etc) and read up on mythology.

The plants explored here are varied. There are ones used extensively in dyes-Woad and Madder- and ones known mainly as foodstuffs, such as Wheat and Garlic. Some can be poisonous, notably Ivy and Mugwort, while others provide much colour for the eye, such as Borage (blue) and Poppy (scarlet). The English, Gaelic and botanical names for each plant are given, followed by the Upright and Reversed meanings accorded them by the creators of the deck. Botanical, historical and mythological information is provided in some detail. For example, did you know that the blue woad dye is the only colour in the Bayeux Tapestry that has not faded after more than nine hundred years? Or that Meadowsweet was, and still is, often used by druids at funerals?

The cards themselves are a joy. As one would expect from Will Worthington, they are accurately observed and beautifully rendered, often against a recognizable British or Irish landscape with connections to Druidry; I was drawn to the Mint card because it shows my beloved Glastonbury Tor. Animals also appear in some of the cards; there is a hare on the Vervain card and a superb tortoiseshell butterfly appropriately enough on the Nettle card, Nettle being that species' exclusive food source. In honour of the Druidic past, some plants are shown in scenes that are not contemporary. For example, Juniper is growing next to a Druid's crane-bag; I may be mistaken, but I don't think the modern Druid would possess one of those. In short, these images (painted with egg-tempera, by the way, on a thickly-gessoed surface) act as portals into the whole world of the Druid, a world in which plants, animals, people, buildings and objects all possess their own unique spirit.

How do these cards work in readings? Very well, I've found, but not for yes/no questions. I've been selecting one a day at random and meditating on that, but there are some spreads given at the back of the book and I tackled one of them (Ceridwen's Cauldron) and also designed a couple of my own. The focus in the Carr-Gomm spreads and in the book in general is on meditation and personal development within a Druidic framework, including how one can use one's knowledge and experience to benefit the community. All this sounds rather serious, and it is, but it is also a great pleasure. The cards would combine well in a reading with those from the DRUID ANIMAL ORACLE, sharing as they do a spirituality and outlook.

I think anyone who likes plants would like this deck, especially those people interested in plants as conduits for healing. If you wish to learn about Druidry and about early British and Irish history, some of that information is here and there is also a Further Reading section. Many people nowadays are coming to Druidry from a background in environmental activism; they would probably appreciate this deck, too, as it is very grounded and not at all "fluffy bunny." Another virtue of the oracle is its simplicity: no gimmicks, no fancy system, no division into Major and Minor or into suits.

I'm very glad I came across this deck. I see myself using it for a long time.