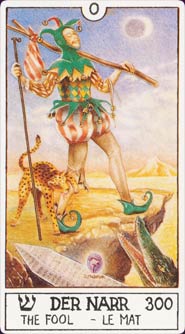 The Eclectic Tarot is a 78-card Austrian deck, published in 1986. The artist used an eclectic mix of tarot traditions for inspiration, and his major arcana have detailed and vivid scenes, while the minors have suit elements arranged in geometric patterns.


Card Images from the Eclectic Tarot 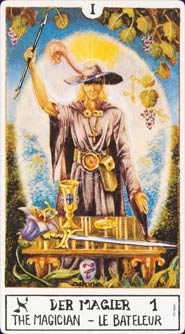 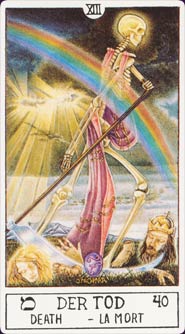 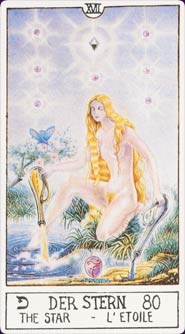 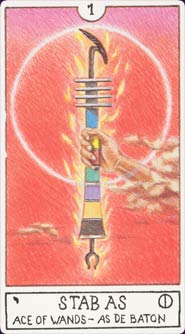 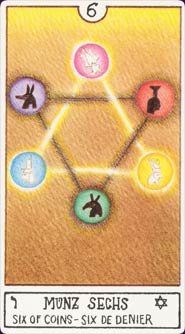 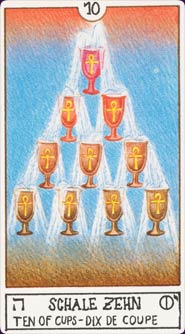 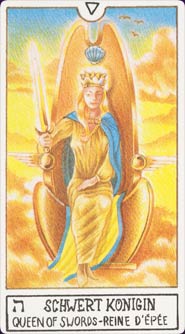 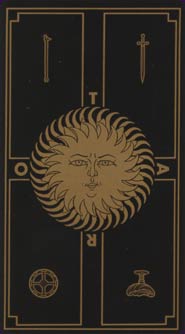 The "Eclectic Tarot" is a reflection of the diverse path followed by author/illustrator Josef Machynka. It is a path of study that includes the Tarot, numerology, I Ching, the Qabalah, and more. The structure of the deck is traditional, with 22 Major Arcana and 56 Minor Arcana. The suits are Wands, Cups, Swords, and Coins. the Court Cards are entitled King, Queen, Knight, and Page.

The LWB (Little White Book) begins with instructions for interpreting the cards. It is interesting to note that Machynka recommends the simplest approach to reading the cards. He states:

"The safest path to perception lies through the study of natural laws as they are manifested in science and rational thought. The understanding gained in this way can be directly applied to any practical field of life." He goes on to state: "In terms of reading the Tarot cards, this would mean: taking any simple mathematical or geometrical structure as a basic pattern for laying the cards."

Two methods for shuffling the cards are mentioned: regular shuffling, as for any card game, and then cutting them, or placing them face down on a table and mixing them around. I found it interesting that two entirely different mindsets were presented on an equally valid basis.

Methods for reading from one to six cards are presented, as is the traditional Celtic Cross spread, along with suggestions for choosing a significator.

The box for the deck is a lovely black with gold lettering. The front of the box shows the face of a sun in the middle, with the letters "T", "O", "R", "A" surrounding it. in the four quadrants surrounding the sun are icons representing the four elements. (Interesting note: the icon for the element of Water ... a cup ... is shown upside-down.) The back of the box shows a picture of the World, with the words "Eclectic Tarot" above it, and a small graphic of a man and a horse below it.

The cards themselves are approximately 2 3/4" by 4 7/8", of sturdy, glossy, good quality card stock. The backs of the cards show the same picture of a sun and the icons for the four elements that is carried on the front of the box. It would be possible to tell whether a card had been drawn int he upright o reversed position.

The card faces show a 1/4" white border, with a thin black line surrounding the imagery. The Roman Numeral is placed a the top of the card, with a separate box at the bottom of the card showing the Hebrew letter, the card title in German, in dark lettering, with a number to the right. Beneath this, in smaller lettering, are the card titles in English and French.

The art in this deck is part realism and part fantasy, with a heavy hand on esoteric symbolism. Each of the suits is presented in a specific color: Wands in red, Cups in blue, Swords in yellow, and Coins in brown. The Pips are presented in pseudo Marseille style, in that there are icons, but no pictures. However, the icons take on a like of their own! Each icon within a card has its own imagery. For instance, the Ace of Wands shows a multicolored "Wand". The Two of Wands shows the same multicolored Wand, crossed by a blue Wand; the Four of Wands shows four wands, of different colors, forming a cross, the Five of Wands forms a pentacle, and the Seven of Wands shows a yellow triangle over a black square. The same sense of color, form, and geometry is used in the other suits, with Swords showing various combinations of color, along with both straight and curved swords; Cups showing various colors and styles of cups, as well as various positions (i.e. the Eight of Cups shows eight inverted cups); Coins shows various colors and geometric arrangements, as well as symbols within the symbols.

The Majors are just as interesting. The Fool shows a cat-like animal at the Fool's heal, with a crocodile waiting at the bottom of the precipice that the Fool is about to step off of. A toppled obelisk has been used by Machynka to indicate that disintegration has set in on the cultural plane. The sun in the sky is in an eclipse, another indication of the disintegration on the cultural plane.

The High Priestess shows the yin/yang symbol between the Horns of Isis. The Empress is shown as a winged woman wearing a crown of twelve stars. The crossed legs on the Hanged Man show the leg crossed in front of, and not in back of, the other leg. Death shows a rainbow joining heaven and earth.

The artistry and coloring for this deck is quite good. The symbolism is quite intense, but not held within one system. This deck can be read with quite easily, but I would not recommend it for beginners. This deck would be excellent for self study, and a nice addition for someone who collects decks.