The First Light Tarot is a modified 66-card divination system with a tarot basis, featuring the amazing photographs taken by the Hubble space telescope. The deck has 22 major arcana cards and 22 insight cards, plus 22 spread cards for designing your own reading layout. 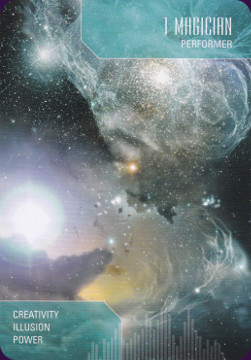 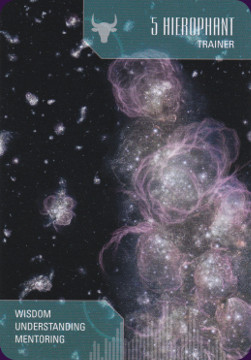 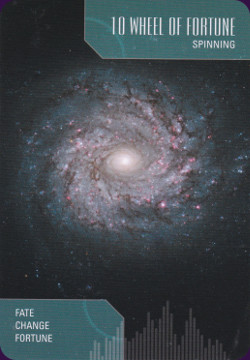 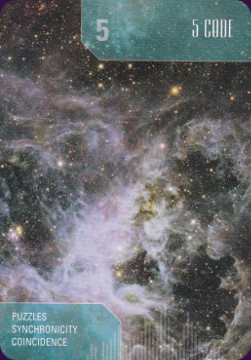 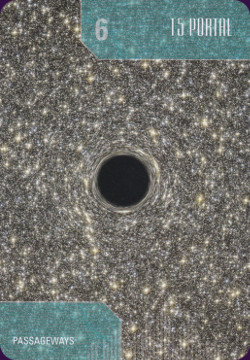 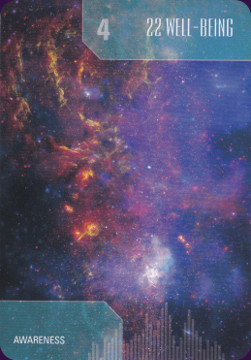 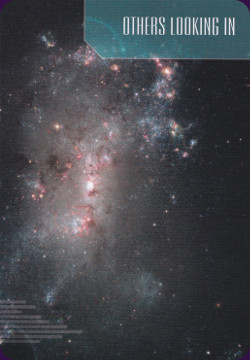 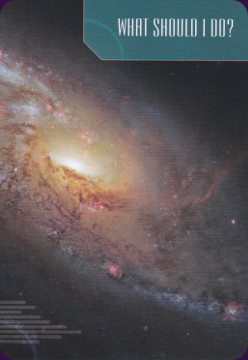 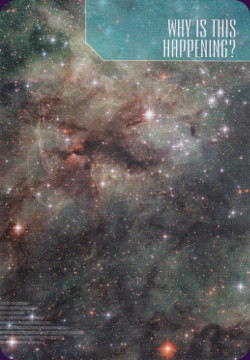 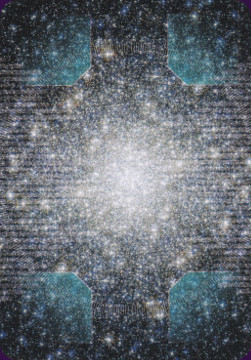 Since 1990 the Hubble Space Telescope has been taking us into the unknown frontiers of space, and in the process changing our understanding of time, physics, science, and even our own evolution. The First Light Tarot has utilised some of the most extraordinary and beautiful photographs taken by Hubble featuring quasars, nebulae, galaxies, planets, gigantic gas clouds, and other space phenomena.

Prolific author of both fact and fiction – Dinah Rosenberry, has created an unusual 66 card tarot deck. It has 22 Major Arcana and 22 Insight cards, as well as 22 Spread cards, which enable the Seeker to create a unique layout for each reading. The Major Arcana cards follow the standard RWS titles, numbers, and ordering. The Minor Arcana has been dispensed with entirely and in its place are the 22 Insight cards with titles such as: Activate, Diversity, Karma, Resistance, Source, Vibration. These cover issues related to spiritual development rather than the minutia of everyday life as the tarot’s Minor Arcana does. In this respect the First Light Tarot (FLT) is a 'big issue’ only deck.

The 22 Spread cards remove the need for the querent to know or learn any tarot divination layouts. Instead you chooses several (or all if you are so inclined) relevant cards that give voice to your question and arrange them in a pattern or order pleasing to you. The cards titles are both vague enough and specific enough to cover most questions a Seeker might have: Past, Recent Past, Future, Near Future, Others Looking In, Outcome, Strategy, Obstacles etc.

The cards measure 88 x 127 mm which makes them both longer and broader than many standard tarot decks. As with so many Schiffer card decks the quality of their product is excellent. The card stock is quite light and a little flexible, however they will crease and crack if they are bent. The face of the cards is a bit toothy and lightly textured, the back however is smooth. Both sides of the cards have a low sheen finish. They are very easy to shuffle and do not slip, or stick together when handled.

The images on the cards are faithful reproductions of dazzling photos from the Hubble Space Telescope. The stunning colours and detail of space phenomena have been done justice with the superb quality of print – which is clear and crisp.

The images have no borders. In the top right corner is a grey-green box with the card's number or astrological correspondence, title, and keyword. In the bottom left corner of the Major Arcana and Insight cards is another box containing several key words and concepts. The image on the back of the cards – a star field in the Milky Way – is, although asymmetrical, so complex that is effectively fully reversible.

The cards, reference card, and guidebook come packaged in a solid cardboard box. The lid is lift-open, and held shut with magnetic clasps. A satin ribbon loop is provided to help open the box, and ribbon hinges stop the lid from flopping back. The cover print on the box is glossy – with reproductions of images from the F LT, as well as information about the deck.

The 95 page guidebook covers everything the Seeker will need to know in order to use the deck successfully. There is a brief history of the HST, as well as an extensive list of photo credits. There is the inevitable chapter about how the author came to create the deck. This is followed by vital information on how to use and maximise the Spread cards. There are short chapters on Astrological Signs, Numerology, Meditation, The Images, and The Reading Process. The second part of the guidebook deals with the divinatory meanings of the Major Arcana, and Insight cards.

Each card warrants a single page with a full colour reproduction of the illustration. The Major Arcana cards have both an upright and reversed meaning – and these do not stray far from commonly accepted interpretations. This is followed by a paragraph of Advice – couched in a beguiling combination of vaguely astronomical and new-age terminology. This advice is nonetheless sound, gentle, perhaps a little nebulous, and spiritual.

The Insight cards offer the Seeker a line of keywords followed by a paragraph of Advice. While still maintaining a new-age feel the advice given here is a little more specific. Like the Minor Arcana in standard tarot decks, the emphasis here is on movement and issues that pass relatively quickly through the Seeker's life. In addition to the guidebook is a quick reference card – a laminated foldout with Card Name, Descriptor, Keywords, Astrological Sign, Astrological Meaning, and Quick Advice all laid out on an easy-to-follow grid. The colour scheme of alternating pale blue and aqua over a background photo of stars is attractive and easy to read.

This tarot has been created as a ready to go divination system that can be used by novices and adepts alike. For tarot purists it may be something of an affront – shearing the deck of a huge portion of its cards and replacing them with simplified and unfamiliar *lesser*cards. However for those who are intimidated and/or overwhelmed by the sheer volume of information, and commitment required to read a traditional tarot deck the First Light Tarot is a great starting point.

If you are a fan of Hubble Space Telescope’s amazing images and the spectacularly humbling perspectives they inspire, then this is a beautiful deck to have. It is certainly a new and welcome development in the world of tarot.