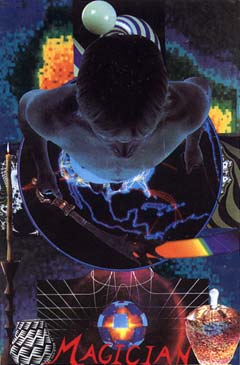 The Flowers of Life Tarot was a high school thesis project by Cerrithwen Genetti, daughter of Alexandra Genetti and creator of the Wheel of Change Tarot. It is a photo-collage, majors-only deck, available in a hand-made limited edition.


Card Images from the Flowers of Life Tarot 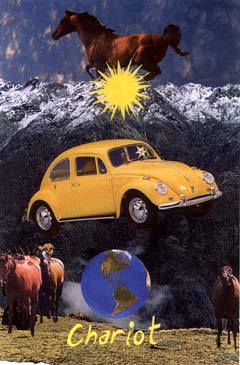 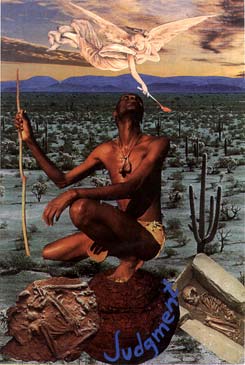 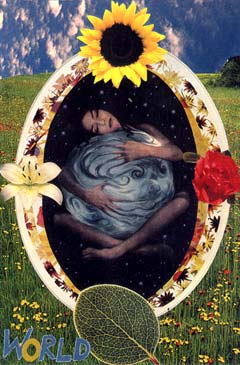 Regulars at Aeclectic Forum may well know of the Wheel of Change Tarot, created by Alexandra Genetti. The Flowers of Life Tarot is by Cerrithwen Genetti, Alexandra's daughter. It is a Majors Only deck, and she created it when she was nineteen years old, as a high-school project. Having pointed that out, I don't feel this deck needs any special pleading. It is well-designed, beautifully put-together, and there are some surprises when it comes to the imagery, though it would suit beginners as well as the more advanced tarotist. First of all, the physical details. There are 22 cards, and they come in a nice handmade bag and accompanied by a little booklet written by the artist. As soon as you take it out of the parcel, it feels personal, not the dreaded LWB churned out by some huge company. Each card measures roughly 6 inches by 4. All the cards have been laminated in the same way as the Mary-El Tarot and Hero's Journey-they feel sturdy and will not bend or stain.

Now the images. If you have any Rider-Waite-based decks, this one will not be a steep learning curve. All the cards have the traditional titles. Interestingly, they are not numbered. The images are photocollage, very well done, so much so that it's difficult to perceive the joins. The cdolours are rich but never gaudy. As the deck's title implies, flowers play a large part in the imagery-not of every single card, but of most of them. They are used with particular effect on the Empress card, which is the most beautiful I have seen. The Empress is at the centre, not pregnant but holding her baby. These very natural-looking figures are surrounded by flowers.Purple flowers grow in abundance in the field behind them; there is a basket overflowing with pink roses near her feet. Butterflies abound. It's very simple and very lovely.

There are so many cards to praise. The lovers on the Lovers card are younger than usual, passion appearing equally balanced with vulnerability. The Chariot does show horses, but wild, energetic, in the wild. And a yellow car which appears to be airborne. the Hermit is a stunning card-and I'm always fussy about the Hermit ! In this card he is an old man, Middle-Eastern in appearance, quietly reflecting, his lantern nearby.The landscape looks like the Arizona desert, replete with saguaro cactus. It is beneath snow, the sun in the sky is soon to set, and the Hermit's house is in the background, lights on, a welcome sight in cold weather. Man and background blend beautifully.There are some surprises in the deck.The High Priestess, while priestly-looking in a white robe and surrounded by candles,is rather younger than we expect High Priestesses to be. The Devil is a young man with dark clothes and spiky hair. He is Pan rather than the Christian Devil-passionate, powerful, ALIVE. The goat-aspect of Pan is reinforced by the presence of a real goat in this woodland scene. It has got me looking at the Devil card in a rather different light, i.e. it is not JUST about obsessions, addictions, but about energy itself, what we do with it.

I'm delighted to have come across this deck. As it is Major Arcana only,I envisage it more for meditations than for readings.Having said that, if you are familiar with Rider-Waite, readings should be no problem.This deck is a user, not just a collectable. It is available as a very reasonably-priced Limited Edition from Color Wheel Creations, who have a website. Enjoy.