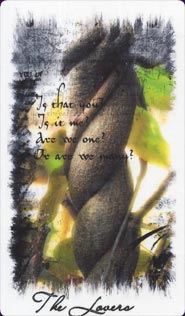 Also known as An Antipodean Tarot

The Garden Path: An Antipodean Tarot is a personal and intuitive Tarot with images of the natural world. The cards feature Australian scenery, birds and animals, as well people close to the creator. Now available in a limited edition handmade set of 22 cards.


Card Images from the The Garden Path 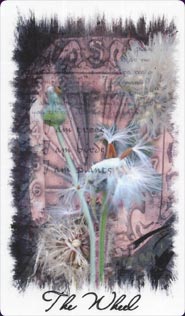 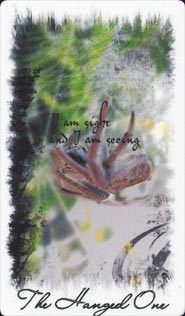 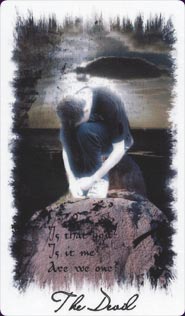 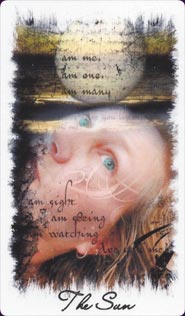 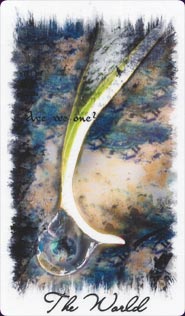 The Garden Path is, at present, a set of 22 cards depicting the Major Arcana. All the images are colour photographs taken by the deck's creator, Melanie Cook. Many of the photographs were taken in her own garden-hence the deck's name-and in the Australian bush near her home.She lives in Queensland, so trees, foliage and general lushness are very apparent.

I like this deck a lot. It's very individual, very intuitive, born out of the creator's own experience of Tarot. It does not seek to imitate the Marseilles, Rider-Waite or Thoth traditions, though it does contain echoes of them.It is subtitled "An Antipodean Tarot". Why? First, the images. The magpie who is The Priestess appears to have a very red beak and is clearly not a European species. The Emperor is an Australian species of beetle, the Lovers are two entwined species of Australian tree, whilst the Chariot card depicts a white-faced cockatoo with an orange spot on its cheek, pale-green head feathers and slate-grey and greeny-white plumage on the rest of its body. Justice depicts a forest that has been decimated by fire, a common experience in Australia. Also reflecting Australian reality, it is a forest that has re-seeded itself out of the smouldering embers.

The style in which the booklet is written is, may I say, unpretentious and friendly, with touches of self-deprecating humour. While it would be ridiculous to suggest these are exclusively Australian traits, I must say I have encountered more than one or two Australians who display them in abundance. It is also a personal deck in that Ms Cook has used her own relatives in several images. The Fool and Hierophant are both her husband; the Empress is her very pregnant daughter; Temperance is her exuberant-yet-stable granddaughter; the Devil is her stepson ("he's not really a devil-just a teenager.")This last card resonates very much with me. The teenager sits on a dark rock, face hidden in hands, unwilling to face the light of day and shackled to all sorts of insecurities and anxieties. I WAS that kind of teenager.

I chose to do a 3-card spread with this deck, entitled "What do I need to know from you ?" The cards drawn were, in order: Tower, Star, Magician. This seemed to parellel so closely my own development over the past 20 years or so. A breakdown, my own Ground Zero experience, followed very slowly by new seeds, new opportunities. The Tower blossomed into hope, signified by the Star, comforting, nurturing, but easily damaged.The final card, Magician, speaks to my present situation in which I am fired up with plans and open to possibilities. Ms Cook depicts the Magician as a humble caterpillar who surprises himself (surely ?) by one day becoming a butterfly. "Life will give you the tools that you need." I have sensed this - I'm delighted to encounter it in a reading.

Who would like this deck ? Anyone who wants interesting yet clear readings. Because the images are detailed without being cluttered, the cards would also be excellent for meditation. Strict traditionalists may find it "too" intuitive. There are no Kabbalistic symbols here, no Runes. There are little phrases on each card which enhance the card's message without putting it in a straitjacket. I think most people will find something to appreciate here. There is a healing quality to the deck due partly, I sense, to its natural focus but also, I'm sure, to the passion and sincerity so clearly brought to the project by Melanie Cook herself.

Like all good Tarot decks, the Garden Path embodies various moods and experiences: drama, anxiety, joy, humour, tranquillity. It is available at present (December 2004) in a Limited Edition of 78 copies. If there is any justice in the world, these decks will sell like hot cakes. The VERY good news is that Melanie Cook has already begun work on the Minors. One day, this beautiful deck of 22 cards will be a beautiful deck of 78 cards. Make a note of it.


Complete Details of The Garden Path


Similar Decks to The Garden Path