The Geometric Tarot is an original, unpublished deck by a French artist. The three primary geometric figures prominent in this deck - the square, circle and triangle - are symbolistic of the body, spirit and soul. Dark painted artwork has been used on the cards.

Card Images from the Geometric Tarot 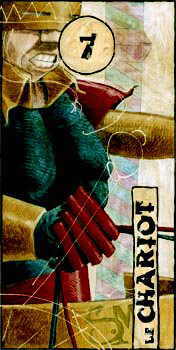 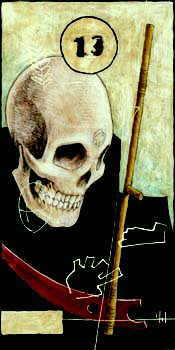 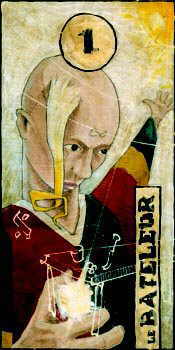 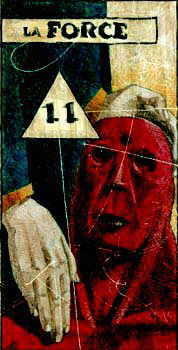 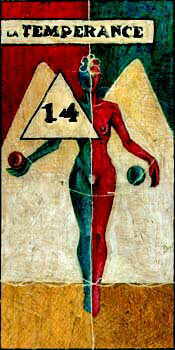