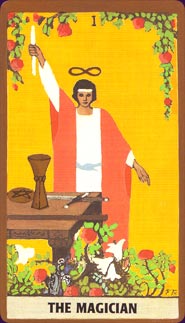 The Golden Rider Tarot is a clone of the original Rider-Waite cards, repainted here in rich oils by Francois Tapernoux. His images have a softer blend of colours, but have blurred expressions and lack the line detail of the originals. 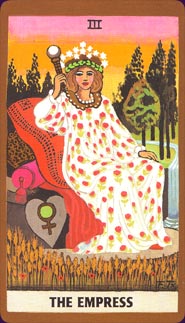 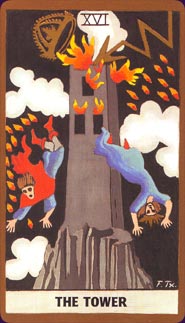 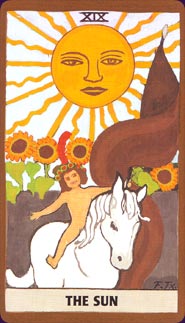 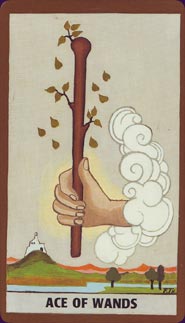 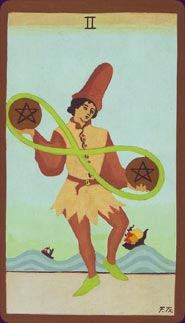 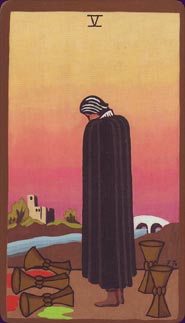 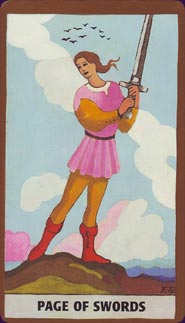 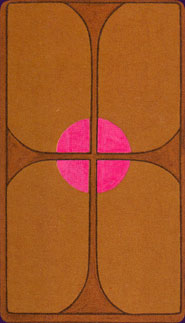 After buying almost all versions of the Rider-Waite-Smith deck, I finally found a deck that really speaks to me.

I am an obsessive tarot collector and one of the drives of that obsession was the desire to find a way to connect with the Rider-Waite-Smith deck. I have a difficult relationship with this deck. I respect the ideas of this deck and I think Pamela Colman-Smith must have been an interesting character and a good artist but I have one problem with the RWS deck; I want to like it but I don't.

I think the colours of the standard deck are hideous, the "original" Rider-Waite is too "washed out" and the Universal Waite, with colouring by Mary Hanson-Roberts is to watery for my taste.

So I started to buy, use and love so-called Rider-Waite clones. The Golden Tarot by Kat Black was my favorite one but I also liked The Morgan-Greer, Tarot Illuminati, Aquarian, Hanson-Roberts and many other decks that stayed close to the RWS deck. Why I did so? I wanted to learn the Tarot studying the loads of literature that use the RWS to explain the symbolism of the tarot.

I knew about the existence of the "Golden Rider" deck by Francois Tapernoux and I liked the pictures I had seen on line but I thought I had enough RWS-decks I did not use and I had read a blog where the reviewer was disappointed about the artwork. because the pictures are made using oil paint, the subtle fine lines were lost, according to the reviewer.

I was wrong! I bought the deck and I love everything about it! It is a recolouring of the RWS but because of the blunt colours it seems like a different deck! I love the colours! They are vibrant with lots of earth tones and gold. I also love the card stock, thin but not flimsy, the back of the cards, a little "retro" I even love the borders on these cards and I hate borders! (I am a devoted card trimmer, as soon as I open a deck with borders I take out my scissors and start to cut of the borders from the cards. But I won't trim this deck.)

Is there a downside to this deck? I can think of only one minor thing. If a tarot book mentions the symbolism of the colours in the tarot, you may find that the colours in this deck are so different it does not match with the meanings in that part of the book. I don't mind that at al but it may be inconvenient when you take this deck to a tarot course.

For everyone who has the same awkward relation with the RWS deck as I have, I strongly recommend this deck.