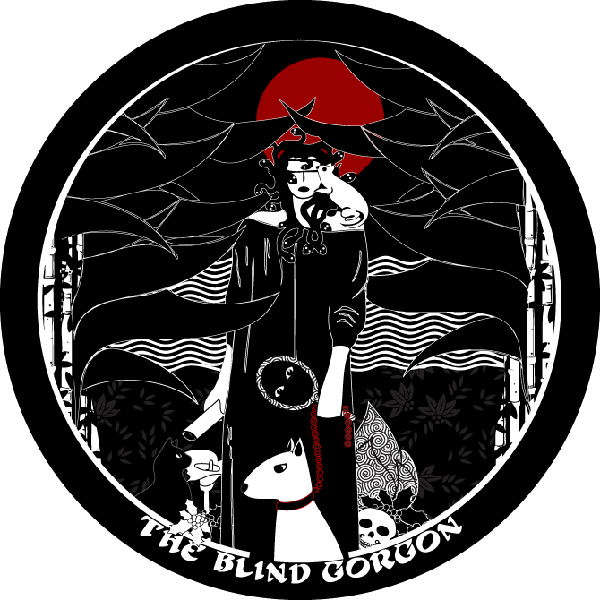 Also known as The Gorgon's Deck

The Gorgon's Tarot is a black and white, round deck of mostly female imagery, loosely based on the Rider-Waite (with some variations and digressions). It's a 79 card deck, with an extra major arcana card titled The Blind Gorgon.


Card Images from the The Gorgon's Tarot 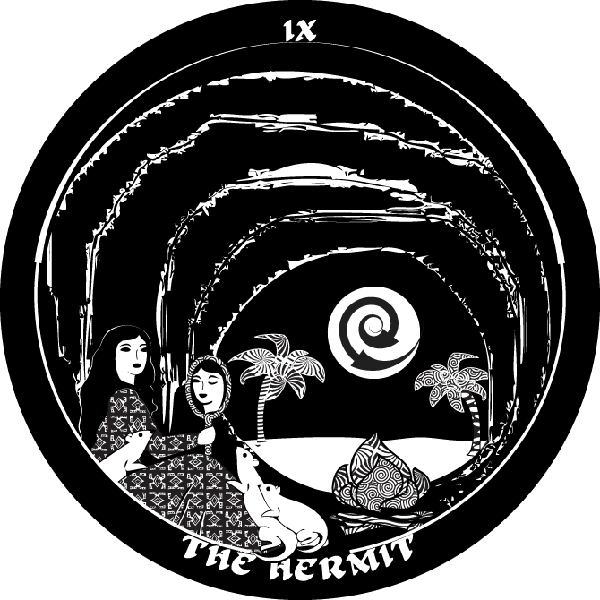 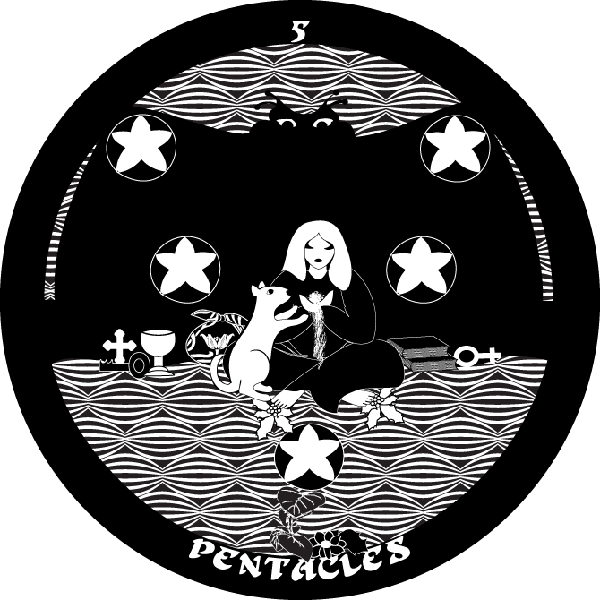 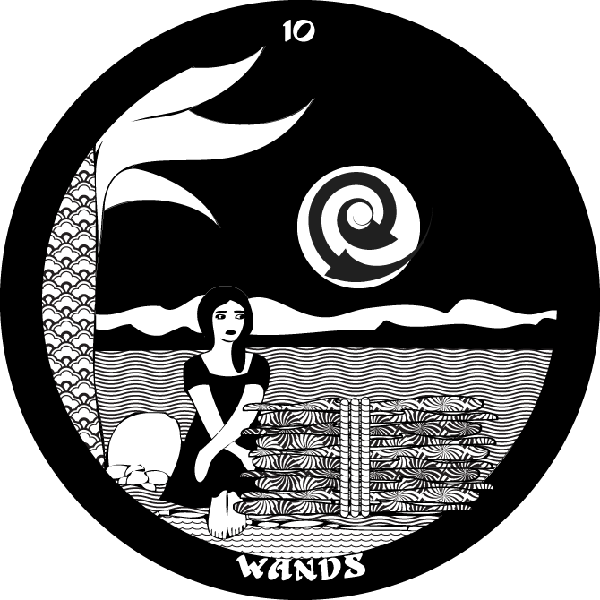 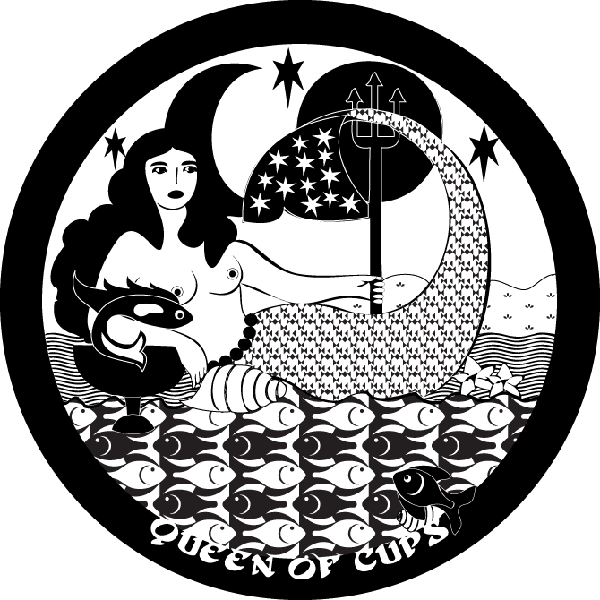 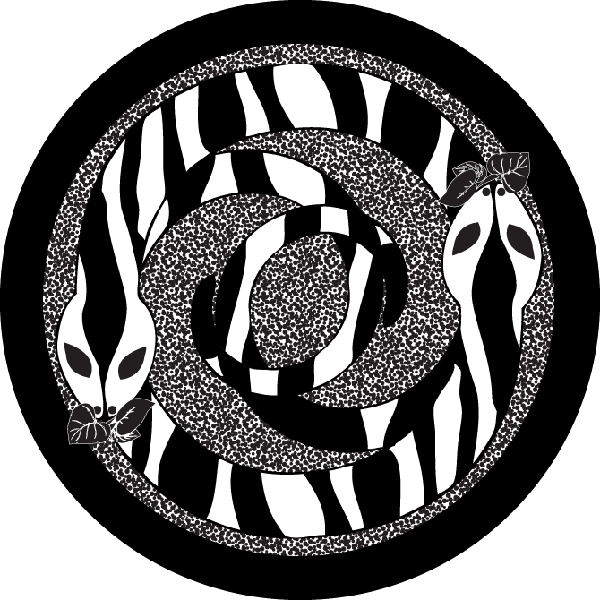 The Gorgon's Tarot Review by medusawink

The Gorgon's Tarot is a stunning deck from graphic artist Dolores Fitchie. In the tradition of the Motherpeace Tarot and the Daughters of the Moon Tarot this is a woman-centred round tarot deck. The notable difference with this deck is that it is not specifically focussed on Goddess worship, feminism, or paganism. The images used in this deck are generally female but males do appear – mostly in the Court cards and some Major Arcana – many being androgynous in appearance rather than specifically male, which works out quite nicely if you wish to view this as an all-female deck.

This deck contains 79 cards, 22 Major Arcana and 56 Minor Arcana, and an additional card The Blind Gorgon. The Blind Gordon may be used as a significator, a wildcard, or included for its complex meaning – both a warning and encouragement. Also making an occasional appearance is Olufemi the Leopard, who signifies a stern piece of advice about to be imparted. The suits utilised in this deck are Wands, Cups, Swords, and Pentacles; the Courts are King, Queen, Knight, and Page.

These cards are quite large - the Motherpeace Tarot is 113 mm in diameter, the Daughters Of The Moon deck 133 mm, and the Gorgon's Tarot a whopping 143 mm across. This makes it quite difficult to handle if you have small hands, however many seasoned tarot readers have had difficulty shuffling round decks. This can easily be solved by placing the deck on a cloth and 'stirring' the cards until they are thoroughly mixed, then dealing them as usual.

The cards are printed on excellent card stock, they are extremely high-gloss, thin and flexible without being slippery. The artwork is highly stylised black and white graphics , with two cards having a splash of red for emphasis – The Blind Gorgon and the Devil. Each image is bordered in a broad band of black. with it’s number at the top, and title or suit at the bottom, in a stylish white font. The print is crisp and clear – inky black, snowy white and Tibetan red, not a blurred the line or fuzzy edge to be seen. The pictures themselves have some very fine lines and complex patterns interspersed with big blocks of black and white and the brilliant clarity of the reproductions do justice to the images.

The box-set presentation is very attractive, with attention paid to small details. The cards come in a large solid-cardboard box with a high gloss cover. The lid is held shut with hidden magnetic fasteners, and a small loop of red ribbon is provided to pull it open (like a book). Red ribbon ‘hinges’ prevent it from flopping wide open. The cards are contained in a well at the top of the box, and the guidebook is housed in a partition beneath the cards.

The 167 page guidebook, which is written by the artist, is excellent. After a brief mention of Olufemi, whose appearance in several cards is of serious significance, there is a brief introduction, which details the evolution of the cards. The Major Arcana chapter covers the Blind Gorgon card in considerable detail, and each Major Arcana card is given a description as well as a ‘Traditional Meaning’ and a ‘Reversed’ meaning. The chapter on the suits has a brief overview of The Elements, numeric significance of the cards, a description of each image and an interpretation and reversed meaning. In addition the author suggests that the card reader follows the tradition established by other round decks – if the cards tilt to the left read the energy as constrained, and tilting to the right as energy being pushed too hard. The interpretations themselves are fairly standard RWS fare with very few surprises.

The guidebook does not include any layouts for the cards, but he given the strong influence of both the Rider-Waite-Smith deck and the Motherpeace Tarot a Celtic Cross or Motherpeace layout (itself a modified Celtic Cross) would work supremely well with these cards.

I admit it - I love this deck - it's striking imagery is both strong and clever, and incredibly immediate. It is easy to grasp, and it speaks in a clear honest voice.


Complete Details of The Gorgon's Tarot


Similar Decks to The Gorgon's Tarot