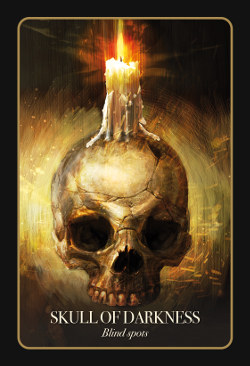 The Halloween Oracle celebrates Samhain and the Halloween tradition in 36 elegantly illustrated cards. Some feature the traditional black cats, ghosts, skulls and pumpkins, others have more modern additions of zombies and vampires.


Card Images from the Halloween Oracle 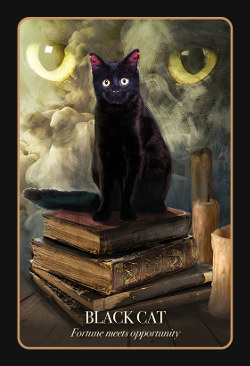 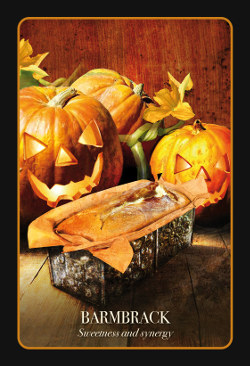 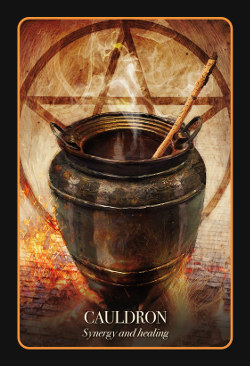 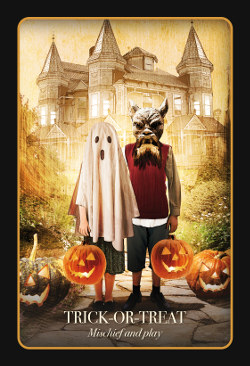 The veil between our world and the world of the dead are lifting….

The Halloween oracle deck features 36 radical and vivid illustrated cards. Each card features a character or symbols that portraits the spirit of Halloween. The popular characters of Halloween, who we all know and love, are the skeleton, zombie, vampire, werewolf, mummy, and witch. Popular symbols include graveyard, cauldron, black cat, and spider. Of course, there are many more featured in this oracle deck.

One of the cards from this oracle deck which I found absolutely fascinating and captures the true meaning and spirit of Mexican Halloween is the card titled Lady De Los Muertos (Lady of the dead). In this card stands a woman in a black dress, red funeral flowers pinned to her hair, white and black make up on her face resembling the face of a skull, and she holds a red fan. According to the book, this woman represents a ‘Catrina’. In Mexican culture, a ‘Catrina’ is a woman of higher and noble rank, a very wealthy woman. When this card is drawn, it talks about acceptance and equality.

The next card which I found very creepy and familiar is the Death card. Not because it has to do with death, but because the illustration is very chilling. In this card there is a moon with the face of a skull and in front of it, there’s a moth in front of the moon that has what appears to be a skull on the back of the moths head! Does the description sound familiar? I’ll give you a hint, Silence of the Lamb. When drawn in a reading, this card represents eternal cycles begin here.

Last card which I like a lot is the Veil card. Here we have a woman with blond hair who has a red and what appears to be an organza band over her eyes. The veil which is interpreted in this card has to do with the veil that covers both the world of the living and the world of the dead. When this veil is down, the dead can’t cross to our side, but when the veil is up, they are more than willing and able and free to cross over when they please. If this card is draw, its message foretells the future.

The back designs are not reversible and consist of a black layout and several Halloween symbols such as a black cat, ghost, broom, bat, pumpkin, and a small ghoul. These symbols are small and are grey in color.

The size of these cards are approximately 5 ˝ x 3 ľ inches. They have an absolute matted and glossy feel, preventing the cards from sticking to one another and have a very gentle and soft feel.

The cards are sturdy, shuffles gently, and are flexible! Even if you have small hands, there will not be much of a problem shuffling them.

The box where the cards are stored is a two pieces, bottom and lid, that is very sturdy and stores the card and booklet absolutely well.

The artwork is done by popular Australian illustrator Jimmy Manton. The medium for the art appears to be a blend of both chalk and acrylic medium.