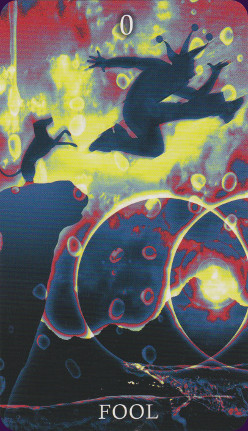 The Healing Light Tarot has 78 cards created around the concept of the edge between the realm of magic and the realm of the physical, and the mandorla - the shape created by two overlapping ovals. The cards are atmospheric, with illustrations set at dusk or dawn, and blazing with colour. 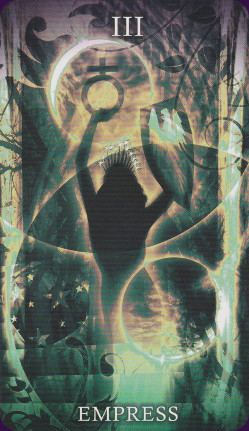 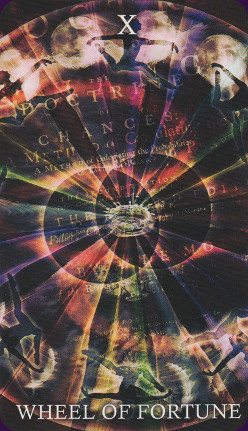 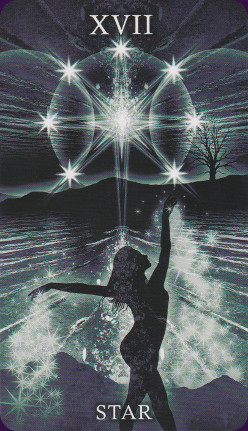 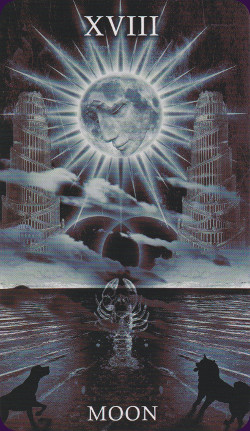 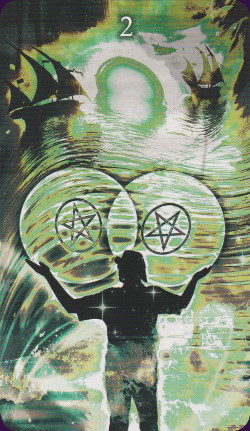 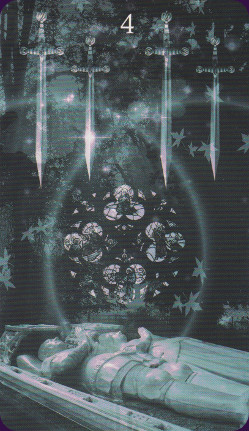 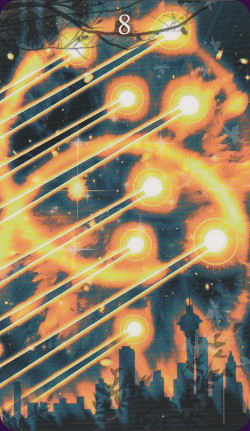 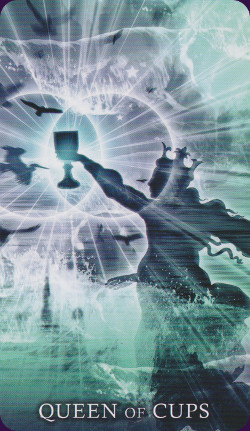 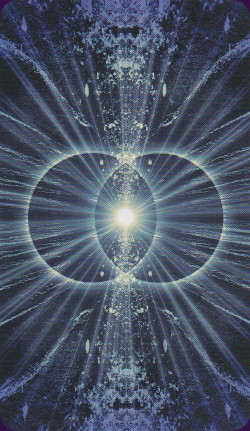 The veil between the worlds is essentially a border between the realm of magic and our immediate physical space. The veil is sometimes referred to as an 'edge’ or 'hedge’ hence the term 'edge-witch’ or 'hedge witch’ (also a Linestrider) – a magic worker who specialises in moving between the everyday world and the world of magic. Edges can be found where elements meet such as land and sea; along energy/Dragon lines, in vortices, and at certain times of the year when the sun is at its closest or most distant (solstices and cross-quarter days). Pagans acknowledge and make regular use of this knowledge to access power, and communicate with beings (including the dead) on the other side of the veil. The veil is also accessible during the liminal times of the day – at dusk and at dawn when it is both and neither day or night.

The Healing Light Tarot is founded on this concept and focuses on dusk and dawn as a time for the Seeker to work with visions and healing. The illustrations in this deck are inevitably set at these times of the day. The consistent symbol throughout the deck, appearing in virtually every card, is the mandorla. A mandorla is formed in the space where two circles overlap, and is considered to be a portal between the worlds.

This is a classic 78 card fully illustrated tarot deck, with 22 Major Arcana and 56 Minor Arcana cards. The Major Arcana uses the titles and ordering established by Waite. The Minor Arcana is divided into four suits of 14 cards each – Pentacles, Cups, Swords, and Wands. Each suit has 10 number cards and 4 Court cards, these being Page, Knight, Queen, and King. The Major Arcana feature a Roman numeral at the top and a title at the bottom of the card while the Court cards have title at the bottom of each card, and the Minor Arcana has a number given at the top of the image.

The cards measure 70 x 120 mm, which makes them a fairly standard sized tarot deck, perhaps a little broader than the standard size that Lo Scarabeo generally produces. The card stock is excellent – it is light but sturdy and flexible without being flimsy. The finish on the cards is lightly textured and highly glossy which makes them exceptionally easy to handle and shuffle. These cards are not prone to sticking together or clumping, instead they slip and slide beautifully.

The print quality is excellent with all images having crisp edges and clean, clear images. The colours are subtle and varied, without colour bleeds. The illustrations are digital compositions featuring overlays of images and collages of symbols. There is a photographic quality to many of these works.

The artist's palette is quite broad, however given that the action depicted in the illustrations takes place at dawn and dusk, there is a preponderance of evening shades - green and blue; and the golden yellows and glowing pinky-purples of dawn. The underlying colour to all the cards is night black. Many of the activities depicted take place in the crepuscular rays of morning and evening sun.

The majority of the figures in the cards are shown in silhouette against the changing sky, and virtually none have distinct facial features. While it is not strictly a traditional tarot it does reference much of the symbolism found in the RWS and Crowley deck. You can find a myriad of connections to Pamela Coleman Smith’s famous illustrations – in fact most of the cards could be classified as super-modern interpretations of her works. The suits are easily distinguished by the prominent placing of their governing symbols, likewise the Court cards are easily identified through detail.

There are no borders to these cards, the illustrations reach to the very edge. Titles and numbers are printed in white over the top of the illustration. The image on the back of the cards – to interlinking circles with a brilliant light glowing from the mandorla, on a lavender blue background – is reversible.

The cards come packaged in a close fitting, solid cardboard box with a lift off lid. The box features illustrations from the Healing Light Tarot, as well as titles and decorative details in rich, gold foil, and has a glossy finish. The cards are packed in with a guidebook. This box is compact enough to slip into a handbag or backpack without weighing it down, and its solid construction ensures that it will not be easily damaged and offers maximum protection to the cards and book within.

The 126 page guidebook is written by Christopher Butler who is the conceptual originator of the Healing Light Tarot. It features instructions in five languages – English, Italian, Spanish, French, and Chinese. The instructions in English are very thorough and take up 69 pages of the booklet, making instructions in other languages somewhat tokenistic, and definitely brief. Each card has a full description of the illustration. It outlines the symbols and their meanings as well as describing the meaning of the cards. The divinatory meanings are given for upright cards only, however they are insightful and very progressive. The advice is sound, and compassionate, but does not soft-pedal the meanings of difficult cards. Included in the booklet are three divinatory layouts: The Challenge – a three card layout, The Relationship Mandorla, another three card layout, and a simple five-card Cross.

If you are looking for a modern tarot with traditional roots this is a great place to start. This deck pays homage to its illustrious predecessors while presenting the Seeker with imagery that is congruent with our 21st century lives. If you are looking for a progressive tarot deck then look no further than the Healing Light Tarot. While it is not ideal for absolute beginners, those who have familiarised themselves with the Rider Waite Smith deck will find the Healing Light Tarot exceptionally easy to use. If you are looking for a deck that will help you work on both sides of the veil, or assist with soul-healing then this is ideal for the innovative Seeker.