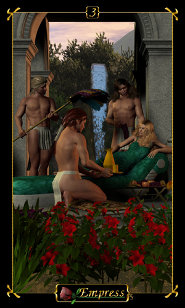 The Tarot Deck of Heroes is the second deck from Richard ShadowFox, who created the ShadowFox Tarot. His 78-card deck of Heroes features digital art of knights, pirates, sailors, scoundrels and rogues.


Card Images from the Tarot Deck of Heroes 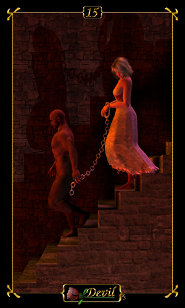 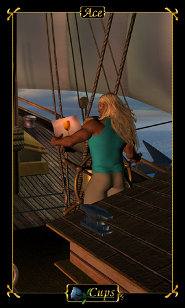 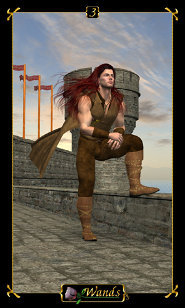 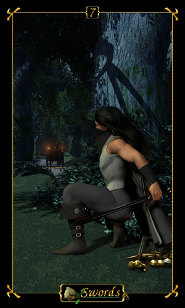 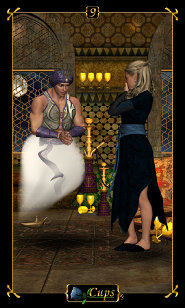 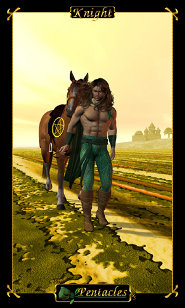 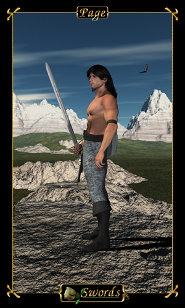 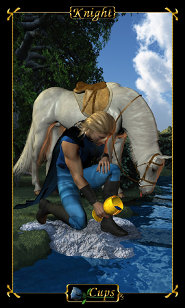 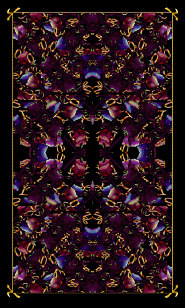 The “Deck of Heroes Tarot” comes to us from Richard ShadowFox, creator of the “ShadowFox Tarot”. This is a digital deck, with a traditional 78 card format, using traditional titles for the Major Arcana, traditional suit titles of Wands, Cups, Swords, and Pentacles, and traditional Court card titles of King, Queen, Knight, and Page. The deck comes with a 107 page companion book. Deck and cards come in a sturdy lift-top box with a magnetic closure, and a small ribbon tab to open it. The ends of he box carry the deck name, while the sides of the box carry publishing information. The back of the box carries a description of the deck.

In his introduction, ShadowFox notes that romance (the basis of this deck) is never a path that we choose to follow, rather it is a path that chooses us. It is in that lack of control that real love and happiness is found. Universe gives us subtle clues when romance is near, and one of the ways that it does this is through the Tarot, which helps us to define possibilities and understand the clues to the right romantic path for each individual. We need to accept our feelings, and understand what makes us happy.

I love ShadowFox’s definition of what is needed for a Tarot reading: the Seeker, a question, and a Tarot deck! Plain and simple. He talks about reading for ones self, in which case we are both the reader and the Seeker, and we need to be able to sit on both sides of the table. He also makes the very astute observation that the Seeker is not really looking “for” something, they are looking fo the “path” to something.

In describing the template for the Tarot, ShadowFox defines the Major Arcana, the Minor Arcana (Pips only), and the Court cards. Three distinct definitions, which he feels is important as he sees the Court cards as being the people in the Seeker’s life – including the Seeker.

There is a note at the end of the introduction that addresses something unique to this deck – every card in the deck contains at least one male figure. This is done for esthetic appeal only.

The companion book presents each of the cards with a short discussion of the upright and reversed meanings. No scans are included. Here is an example from the book:

This is always the beginning of something, plain and simple. Although the variants of the new journey limitless, it should be easy to determine to what it refers. Whether it is an adventure, a relationship, a business endeavor, a career, academic effort, it starts here. Interestingly, when htis card appears, one is already aware of its meaning in their lifead is likely to have asked about it specifically.

Being tentative, maybe even afraid, about the new beginning, the journey that lies ahead, but it is quite possibly unavoidable. If it is a representation of opportunity, then one is altering the path by not taking the first step, regret will lin4 7/8e the new path. Thus knowing the new beginning is there, but reluctant to take that first step, most likely fictionalizing or rationalizing reasons for not getting started.

Three Tarot spread are presented at the end of the book: a Three Card Spread, the traditional Celtic Cross Spread, and a seven card Personality Spread (includes a significator).

The colors in this deck are vibrant against a dark background. For my (albeit aging) eyes, the darkness is a distraction. The figures are portrayed as young and good looking – the romance novel type of hero/heroine. The imagery and symbolism vary somewhat from the traditional Tarot.

The Fool is seen as a figure on a white horse, walking along a beach with blue water in the background, and a fire red sky behind them.

The Lovers shows a male figure walking up a wide set of stairs, carrying a young woman. At the head of the stairs we see a round window, through which a full moon shines.

The Wheel of Fortune shows a brightly colored structure, with a female figure standing in the doorway. There is a large container of flowers at the end of the steps, and a male figure approaching the steps.

The Knight of Swords shows a figure riding a white stallion, with a sword or lance in hand.

The Four of Wands shows four white pillars in an area of green grass. There are trees in the background, and two couples standing in front of the pillars.

The Four of Swords shows a couple in bed, with one sword on the floor, one upright at the corner of the bed, and the other two on the wall.

My feeling with this deck is that while it is beautifully done, and carries a great deal of energy, that the reader would have to be knowledgeable in Tarot before reading with it. It is not a deck that I would recommend for learning the Tarot. It reads beautifully for someone who knows the Tarot, and would work well as a comparative deck.

Creator: ShadowFox Tarot, Tarot of the Night by Richard ShadowFox