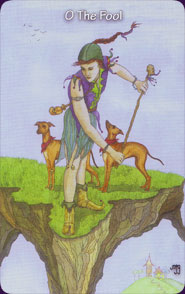 The Hezicos Tarot is an original fairy themed deck, which was hand-painted in soft but detailed water colours. The artist has followed the Rider-Waite tradition in order to make it easy for beginners. This beautiful, borderless, magical deck is now complete and available in a quality self-published edition with a bound 56-page book.


Card Images from the Hezicos Tarot 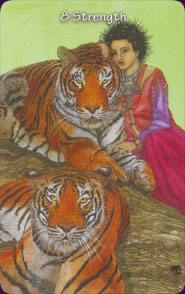 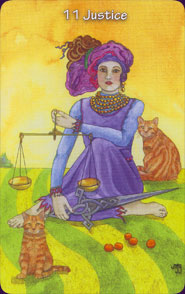 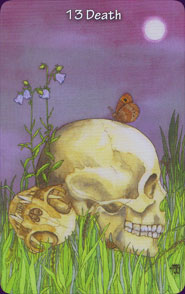 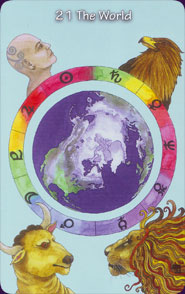 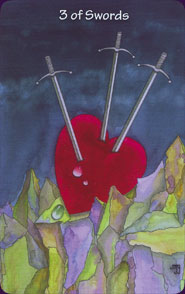 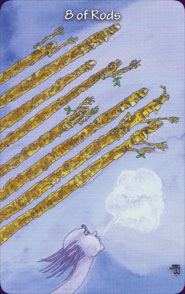 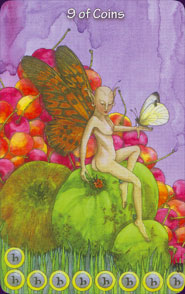 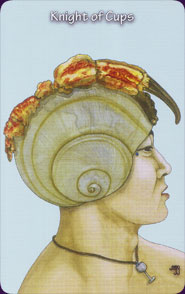 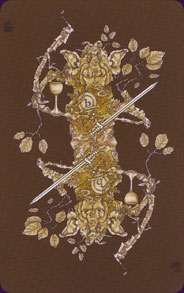 I want to thank my good friend Arnell Ando for bringing this deck to my attention. She has a very apt eye, and this deck is a joy to behold! It is patterned in the traditional Rider-Waite manner, using traditional Major Arcana titles, with Strength at VIII and Justice at XI. The suits are Rods, Cups, Swords, and Coins. The Court cards are King, Queen, Knight and Page.

I was fascinated with this deck from the moment I took it out of the mailer. It appeared to be wrapped in plastic over a package that was tied “old style” with twine. The box the cards and booklet come in is actually designed to look like a package wrapped in twine, with a little faerie on the postage stamp, a winged faerie holding a yellow flower balanced on the twine in the upper left hand corner, and another faerie emerging from the wrapping n the lower right hand corner, with an open book in his right hand. Where the twine intersects there is a label attached with the name of the deck. The box itself is very sturdy, with a lift off top. Quality done to perfection!

Griffin has a background in art and Tarot, and is a Psychic Clairvoyant, specializing in one on one readings, and readings with small spiritual groups. She specializes in painting fairies and animals, and has also done painted furniture and “Trompe l’oeil” work. In the introduction to her LWB (Little White Book) she notes that she created the “Hezicos Tarot” so that she would have a deck that she could relate to herself, through the theme of faeries.

The LWB is actually a 56 page, 3” by 4 ˝” green booklet, with black imagery on the front and back covers. It is presented as a “schoolbook”, with headers for Name, Class (written in as Hezicos Tarot), and Year. There is a discussion of the artwork, with the imagery coming to her while walking the dogs, then the rush to get it down with A4 pencils into a pencil sketch, which is then transferred onto tracing paper, and from there onto watercolour paper. The image is then painted, using Artist Quality watercolour paints. When the painting is complete, black waterproof ink is applied to areas that are meant to be accentuated. The final images are then scanned onto disk. I loved that Griffin takes the reader along on the journey that is process of her paintings. I also loved the comment that the Major Arcana were “sheer indulgence” to paint, as they contained everything that she loves to paint.

There is a section on using the Tarot, including instructions for cleansing and storing decks, shuffling, using reversed cards, and the use of a significator. Spreads offered include a Three Card Spread, a 21 card Romany Spread, and the traditional 10 card Celtic Cross Spread.

Each card is presented with a small color scan, a description of the energy in the card, upright and reversed meanings. From the book:

A young man places his foot at the very edge of a cliff, one false move and he would fall. He shows no fear. One of his dogs stands looking at him imploring him to move away, the other stands guard.

Card Meaning: The Fool card heralds the start of a new beginning. Opportunities will come forward now, trust your intuition you are about to start something new. A word of warning be vigilant, look carefully first; do not rush into anything you might regret later.

Reversed: Be aware of a lack of action, a feeling of wanting to give up, being careless in situations, a state of apathy and neglect. Rushing into a relationship or business venture without careful consideration first.”

The Minor Arcana are also presented with small color scans, and upright and reversed meanings. From the book:

Card Meaning: Peace, contentment and great happiness surround you now. Family life and friends will be fulfilling and supportive. The Ten of Cups can indicate a move to a new home.

Reversed: There will be difficulties in connection with your domestic life and this could prove to be a stressful time. They will clear.”

Description: This is a man in a position of authority; he is loyal, successful and honest, and expects high standards of himself and others. You can rely on his help and support in times of difficulty.

Card Meaning: If you need help of advise from a professional person the King of Swords in a reading shows that help is available. Look at something around you from a different perspective. Tackle a problem head on; use your mind, not anger.

Reversed: Being controlled and feeling powerless. The card reversed may indicate an argumentative and unpleasant man around you. He is judgmental of others. If possible, remove yourself from this man ad the situation around him.”

I found this descriptive manner of looking at the card meanings more helpful than keywords, which can sometimes set boundaries that limit interpretation.

At the end of the LWB are four blank pages to make notes on.

The cards themselves are 3” by 4 ˝”. The backs are a brownish-green, with reversible imagery showing leaves and icons for the four elemental suits (Rods, Cups, Swords and Coins). The artist’s initials are in the upper left hand and lower right hand corners.

The Court Cards show faces only. The Pages face to the left, the Knights to the right, with the Kings and Queens facing forward. The Court Cards carry the same color background as the Aces.

Some of the imagery in this deck is a bit different than traditional imagery. For instance, there are two dogs in the card of the Fool, the Magician has a cat (or cat like animal) walking across his table, the Empress is holding a young child, only the two horses appear in the Chariot (no charioteer), and they are both white. Two cats appear in the card of Justice, and the Hanged Man appears from a side view.

There is also imagery that is very traditional, such as that in the High Priestess, Strength (although two tigers are shown), the Hermit, Temperance, and the Tower. The imagery for the Pips is relatively traditional – translated into the faerie realm.

Some of my favorite cards include the Magician, The Empress (shown holding a child), the Lovers (which shows a couple surrounded by greenery, as in the garden of Eden), Justice (sitting with her two cats), the Moon (which shows a full Moon on a black background with seven white stars in the night sky), the Sun (which shows a round yellow Sun with a face, and four orange projectiles, one coming from each side). For the Minor Arcana, I liked the Two of Coins, which shows a faerie walking between two points, one foot on land, one in the air, balancing a coin on one finger of each hand, the Six of Coins, which shows three faeries sitting amongst foliage, and the Three of Cups, which shows three faerie ladies sitting on a shell, with an upright cup in one hand.