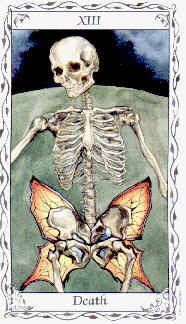 The figures and scenes in the Hudes Tarot cards are very medieval/Renaissance style, and maps, constellation charts, astrology and alchemy all make an appearance in this pretty but somewhat melancholy Tarot deck.


Card Images from the Hudes Tarot 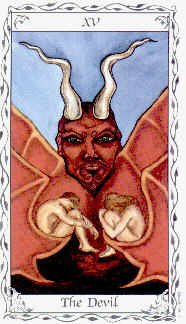 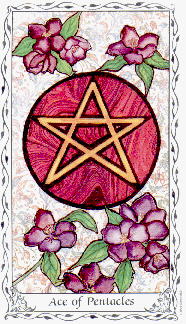 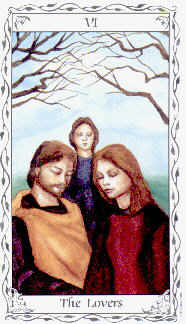 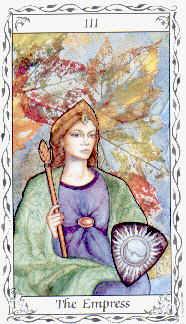 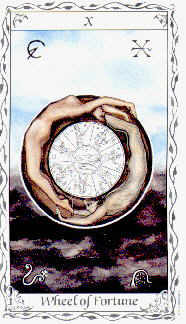 Buy at Amazon.com (Set)
Buy and Enjoy This Set at:

Something about these hauntingly evocative images made me purchase a copy of this deck some months ago, and then I almost traded it straight away because the images go straight to the core and make one reel with identification. It pays to take a breath and to explore this beautiful deck because it has much to offer in terms of insight and fresh vision.

The deck is a traditionally structured Tarot with 78 cards - 22 Major Arcana, 16 Court cards (King, Queen, Knight and Page) and 40 Minors in four suits. Although it is an Rider Waite Smith derived deck, the images and intent of the designer lead to interpretations which vary significantly in many ways from commonly understood RWS meanings.

The entire deck uses much less traditional symbolism that the RWS. In most Hudes images the traditional symbolism is present but understated and sometimes it seems absent all together. Hudes uses fewer symbols but this has the effect of focusing on those chose few, thus heightening our awareness of them.

Some of the Major Arcana images are strikingly original. The Fool is a young androgynous person reaching out for a butterfly. Somehow this captures the sense of innocence and grace that can come with new beginnings. The Hanged Man could not see people around him realistically until he was suspended from the tree. XIII Death shows a butterfly within a skeleton, symbolizing the flash of enlightenment the Death image often brings. XVII Star shows a woman suspended in a calm and purifying pool of water whilst bathed in light from a Star above. IX Hermit is a very old man who waits in darkness relieved only by the Moon, his eyes closed in reflection and internal exploration. Every Major Arcana image in this deck is certain to inspire fresh ideas and insights, a factor which makes the deck compellingly attractive.

The suits are also beautiful. Susan Hudes shows a similar approach in her discerning use of traditional iconography to emphasize a few profound themes in each suit. In the Swords suit, the symbolism is markedly different in some respects, though recognizable. The Two Swords image show a woman using the two swords much more assertively than in the traditional RWS, giving the sense of more positive way of managing duality. The power of rage is graphically shown in the Five Swords image, and the need to confront negativity is also revealed quite literally in Six Swords.

With the Aces, Hudes uses flowers as a motif to illustrate the theme of each suit. The nature and number of flowers is significant. In the Ace of Cups two simple white flowers with two young tendrils indicate that this is process suit. The Wands Ace shows four eight petalled golden flowers, the Ace Pentacles shows nine lush purple blooms whilst Ace Swords depicts four blood red roses. Each of these choices has particular meaning. The Aces are particularly beautiful in this deck.

My set came with a book, Wisdom in the Cards by A.L. Samul, who consulted with Susan Hudes in the writing. The book is also published by US Games. Samul used the deck in her own recovery from cancer and the interpretations are a record to some degree of her personal spiritual journey inspired by the Hudes images. The notes for each card reflect the unique perspective of the image but also contain an affirmation and prayer which are empathetic and true to the theme of the image. For me, this approach richly enhances the value of the book and the set overall.

The artist’s medium was water colour and, whilst the entire deck has a mediaeval ambience, there is a universality in the faces and images which make the deck relevant in a contemporary sense. There is a certain androgyny to the deck which also expands its overall appeal. The mediaeval feeling is augmented by costume and the use of other symbols of the times, including the parchment maps which appear as a backdrop in some of the major cards. These maps give the impression of traveling through time rather than being fixed in any period.

I strongly recommend this deck for some deeply original and refreshing insights to the Tarot. It might also fill a very meaningful purpose for those interested in spiritual and physical healing.

I definitely responded well to this deck, which was influenced by medieval art and the symbolic nature of mythology. The lovely, deep colors in this water-color collage is gentle, and very easy to work with. It uses a traditional 78 card format, with traditional suits and titles. To that extent, this could be seen as a Rider-Waite clone. However, there are enough differences to make this an enchanting deck that could be used comfortably in any venue.

I found especially interesting the people in this deck. They are very life-like, but the faces appear shuttered. There is emotion there, but you feel as if you are looking at them through a window - a window of time, and a window of place.

The Fool faces the reader, with his green-garbed arms reaching out towards a butterfly that is flying over his head. Of special note here is the detail that has gone into the symbols on his shirt and belt. If you don't want to pay attention to them, you don't have to. They are not screaming to be recognized. But, if you do pay attention to them, you learn a lot about this Fool.

The Magician is just as entrancing, seated at his table, globe in one hand, calipers in the other. A sword, cup, and open book reside on the table, with an ancient illustration on the wall behind him. Over his head we see the traditional lemnescate.

Attention to detail appears again in the High Priestess - note that her garb is made of parchment with writing on it. Look behind the Empress, at the kaleidoscope of earthy colors, and at the graphic on the shield in her left hand. Behind the Emperor we see a map of the world, in fine detail. A large wheel appears behind the Charioteer, while on the front of his chariot we see a face. The Hermit appears in a dark cloak, holding his staff in both hands. In the sky behind him we see a crescent moon.

The Wheel of Fortune is another of my favorites, with glyphs in the four corners, and a center circle, around which are curved a male and female figure. Look closely at the tree the Hanged Man is hanging from - there are depicted the faces of the people in his life.

The Death card in this deck is one of the most non-threatening that I have ever seen - a smiling skeleton with a beautiful butterfly superimposed over his pelvic area. Temperance is quite an evocative card, as a winged female stares into the cistern that she is pouring water into, seeing her own reflection. The World is a true card of grace - two hands, open and cupped towards each other, with a map of the world in the background. Above and beneath the hands we see two green leaves.

The Ten of Cups is done in a distinctively different manner than traditional decks. Ten golden cups reside in a rainbow that arches gracefully over a white bird (Dove, or perhaps Seagull?) that is flying over a green landscape.

I was very drawn to the fine detail shown in this deck, as well as the use of medieval charts and maps. The scenery is uncluttered, with the focus on the people in the cards, and the suit representations. Much of the Rider-Waite symbolism is not present in this deck, leaving the cards simpler in nature, and perhaps somewhat easier to work with (although some would say harder to work with, as there are less symbols to work with).

The LWB (little white book) that comes with this deck give a short background for the deck, along with upright and reversed meanings for each of the cards. The spread that is included is the traditional ten card Celtic Cross. From the book:

A conqueror rides through the night in his triumphal chariot. The starry sky is full of constellations. He wears a suit of armor with moon shaped epaulets. The horses, one dark and one light, represent opposing universal forces.

Reversed Meanings: Failure. To lose at the last minute something otherwise in your grasp. Sudden collapse of plans. Overwhelmed. Failure to face reality.

The deck and LWB come in a sturdy, flip-top box. The cards themselves are 2 3/4" by 4 3/4", on good quality, glossy cardstock. The backs have a 1/4" white border, surrounding a marbled background. In the middle of the card is a graphic somewhat resembling a Celtic knot. Small faces show at either end of the card - one face surrounded by a light background, one face surrounded by a golden background. yes, it would be obvious if a card was drawn reversed!

I found this deck very easy to work with, and feel that it would be a good option to offer a Seeker, if you are setting out two or three decks for them to choose from. It is also a deck that could be used to read for children (yes, reading for children is fine, with their parents permission!).