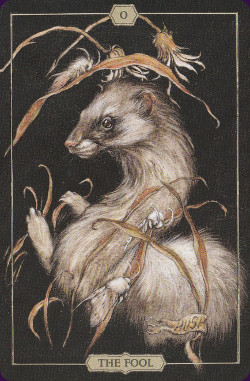 The Hush Tarot is a deck of the beautiful and the unpredictable, combining Victorian romanticism, gothic aesthetic, and a dream-or-nightmare vibe in its 78 expertly illustrated cards.


Card Images from the Hush Tarot 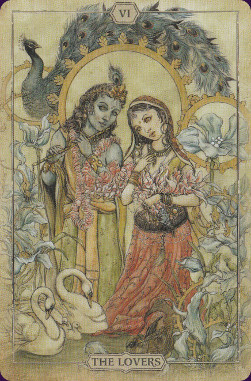 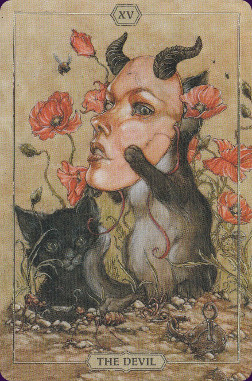 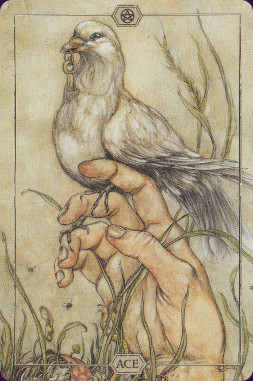 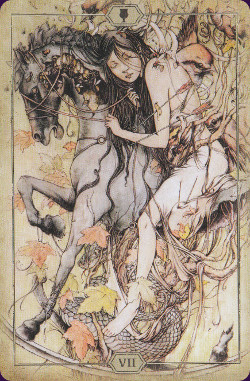 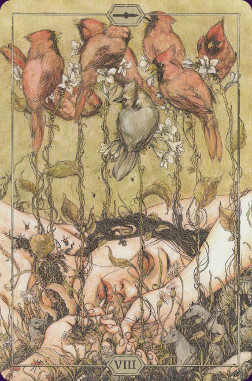 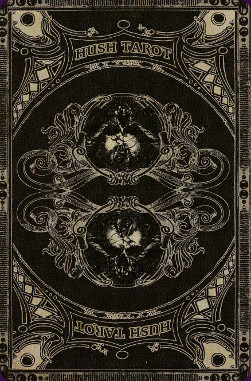 "There is no exquisite beauty… Without some strangeness in the proportion." Edgar Allen Poe.

The Hush Tarot is a treasure chest of dark jewels. It depicts a world along the hedges and edges, the mysterious domain of faerie and tiny creatures. In the world of the Hush Tarot there is beauty in decay and darkness, nature is by turns tender and brutal, and always, new life springs where old has fallen.

Memento mori are scattered throughout the deck, reminding the Seeker that often things we find fearsome are just part of a cycle of renewal. Small animals, species we deem pests or common, that we take for granted or dismiss (birds, insects, mice, cats and so on) stand equal to people here, and hold the power to change lives.

This is a deck of the unpredictable – we can never be certain where the action will take us next; are we watching a beautiful moment or something horrible unfolding? One common theme is the wearing of masks – are we are looking at a deceiver, a shape shifter, an executioner or a partygoer enjoying the masquerade? Are those banners and ribbons there to guide us or bind us (ever so prettily)? Do we pity the broken toys, clockwork beasts, and tiny fae, or do we fear them? There remains something seriously unsettling about the Hush Tarot, a sense of the precariousness of life - nothing can be taken for granted here. Still there is no peril shown without a sign to the way out either.

The cards measure 77 x 115 mm which makes them a fairly average sized tarot deck, perhaps a little shorter and a little broader than many commercial decks but not noticeably so. The card stock is excellent; it is light yet sturdy, thin but not flimsy, and only marginally flexible. The cards have a smooth, very faintly textured and low-sheen finish which makes them exceptionally easy to shuffle, without sticking together or clumping. The print quality is excellent – with clean lines, crisp detail, and subtle colouring.

His style too has something neo-Victorian to it – a lushness of detail, an undercurrent of morbidity. Animals are lovingly captured in perfect motion, while humans and other beings definitely have their measure of peculiarity. illustrations reach to the edge of the card, with a reed-thin inner frame which incorporates a small plaque at the top of the image for numbers (Major Arcana) and suit symbols (Minor Arcana). The titles of Major Arcana cards and Court cards are printed in narrow rectangular frames at the bottom of the cards. The sepia toned design on the back of the cards, a stylised frame incorporating the name of the deck and 2 mirror-image medallions surrounded by elaborate art nouveau scrollwork, is reversible.

The cards come packaged in a solid cardboard box with a lift off the lid. The box is printed with images from the Hush Tarot, along with a description of the deck, and publisher’s details. The cards and guidebook fit snugly in their box, which is compact enough to be carried in a shoulder-bag without taking up noticeable space.

The 65-page guidebook written by Jeremy Hush contains instructions in English only. The Introduction briefly outlines the inspiration(s) for the deck, as well as the intentions and ideas it encapsulates. This is followed immediately by the Major Arcana chapter. Each card is given an upright and reversed meaning. Both are initially defined by a list of keywords, which is followed by an explanation of the card’s illustration, the action taking place, and the way it relates to the divinatory meaning. The Minor Arcana receive slightly less attention – there are fewer keywords, less description, the reversed meanings are kept brief. The divinatory meetings themselves are fairly standard…that is, falling well within the bounds of what is a popularly accepted interpretation. The advice given is helpful, positive it looks for ways forward, tends not to catastrophise but be solution oriented. A four-card Hush layout is included at the end of the guidebook.

This is just the Gothest tarot deck that never set out to be Goth. If you are a fan of Victoria Frances, Nicoletta Ceccoli, Arthur Rackham, or if you like your tarot steeped in historical romanticism and symbolism then the Hush Tarot may well appeal to you. On the other hand if you are looking for a tarot deck which gives considerable space and consideration to animals the Hush Tarot may be what you are looking for.