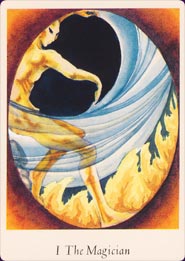 The Intuitive Tarot has 78 original paintings for developing your intuition, creative subconscious, and self-improvement. The card art is mostly abstract and has a slight Thoth Tarot flavour though follows the Rider-Waite more closely in tradition.


Card Images from the Intuitive Tarot 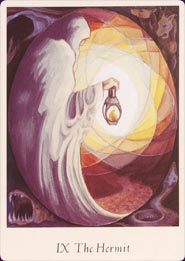 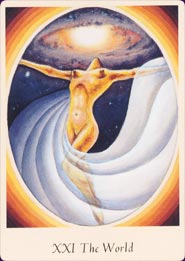 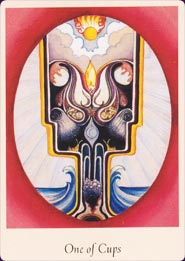 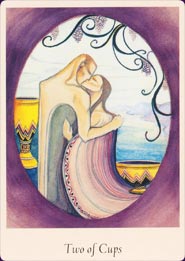 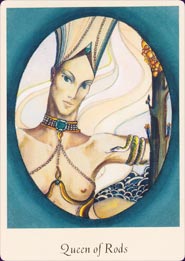 In the introduction, the author quotes "The intuitive mind is a sacred gift and the rational mind is a faithful servant. We have created a society that honours the servant and has forgotten the gift." (Albert Einstein, 1929)

I came upon this deck by accident. If there is such a thing in the Tarot world. I think the deck found me. I had been wanting to develop a more intuitive style of reading and I thought it was just a book on the subject when I ordered it. Lo and behold, I found the Intuitive Tarot which came as a book and deck set.

When I first opened the deck, I was a little unsure about the alien-like characters. They had a somewhat impersonal feel to them. But as I explored the deck further, they came to grow on me. The deck is filled with symbols and to me it has a Thoth-like style to it. The cards are a little smaller than some decks but I found them very easy to work with. The colors are very bright and the images clear.

The book encourages you to "feel" the cards. To develop a relationship with each and every one of them. There is an excellent section on Dialoging with the deck. This was probably the most helpful to me when I started to learn the intuitive style. Each card has specific suggestions for Dialogues. For The Fool, the dialogue is as follows: "Imagine yourself in that world: the sun beats down on your head, there is a cliff-edge a safe distance behind you. A figure appears on the horizon, skipping along. Son he stands before you. Talk to him. After a while, switch roles and speak as the Fool. How does he appear to you? What did you learn? Be aware that whatever you see in him is already part of you; perhaps not a conscious part, but still there. If you can bring in to consciousness, you will free up memories, energy and joy."

The book also suggests starter interpretations for both the upright and the reversed. But it encourages you to think out side the box and to trust the right side of your brain. There is also some space at the end of each card description for you to put down any notes you may want. The book also includes 6 spreads with sample readings which include the traditional Celtic Cross.

I would recommend this deck for the new reader. Even those who prefer not to use the intuitive style will find the book and cards a great learning experience. But even someone with some experience, would enjoy this deck.