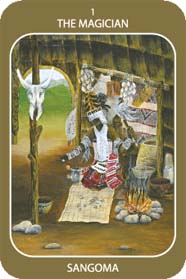 The iTongo Tarot for Transformation is an indigenous knowledge system, based on the myths, legends and history of South Africa. The cards are based on the Rider-Waite, and illustrated with African landscapes, people and animals. The deck has 78 cards and comes with an 144-page companion book.


Card Images from the iTongo Tarot for Transformation 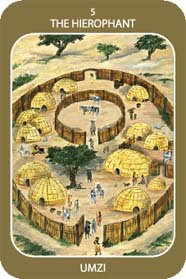 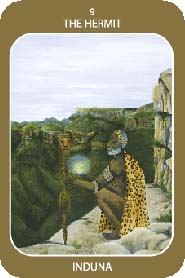 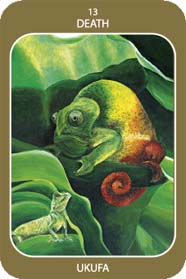 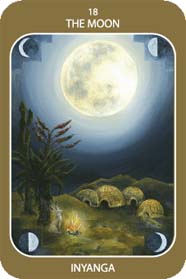 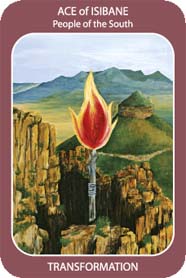 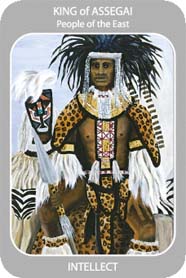 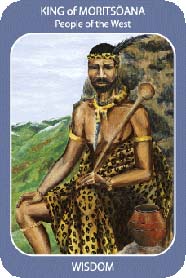 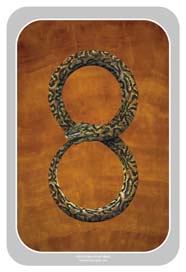 Being South African, I was excited to hear about the recent release of the iTongo Tarot for Transformation, created by South African tarot reader and spiritual teacher Robyn-Anne Pollard. The iTongo tarot is a unique deck incorporating indigenousness Southern African spiritual and cultural traditions into a Western tarot format. The African perspective of iTongo is a welcome addition to the growing genre of culturally-specific decks.

From the outset I was impressed by the attractive packaging and presentation with its lovely box and companion book. The cards are laminated with colored borders reflecting the Trumps and each Suit. The back of the cards show a snake in an infinity symbol. The artwork for each card is a reproduction of artist Chantal Fielding’s acrylic painting and rich in color and details.

The companion book gives an overview of the structure of the deck, mythology chosen and a brief description of each card. However, I found it a little haphazard in its content. There is a lack of in-depth discussion and explanations as to why specific folklore and historical events were used for specific cards. For instance, there is no mention of why bird and waterfall images were used in the Lovers card. This leaves the reader unclear on the creator’s intended thinking behind symbols that depart from traditional interpretations. I found it best to put the book aside and work directly with the cards.

Structurally iTongo consists of 22 Trump and 56 Pip cards, with Justice (Khathulo) being 8 and Strength (Amandla) being 11. The Pips are organized into four directional suits which depict the spiritual traditions, folklore and pre-colonial history of Southern African tribes. The suit of air is called Assegai (spear) depicting the Zulu people; fire is Isibane (torch) with the Xhosa people; water is Moritsoana (drinking vessels) with the Sotho/Tswane people; and earth is Mavhele (maize) with the Pedi/Venda/Ndebele people. Each Pip card has a keyword on the bottom to assist with interpretation.

The Trump cards have been renamed to reflect African cosmology but their meanings, for the most part, remain true to traditional decks. Some revisions are expected, such as Sangoma (traditional healer) for Magician or Thikoloshe (trickster spirits) for The Devil; but there are some surprises, such as Indlovu (elephant) for Emperor or Iminyanya (ancestors) for The World.

The Trump card that popped out to me is Ubuntu for the Sun card. The artwork shows the silhouettes of aloe plants, bushes, a dog and rooster against a stunning yellow-orange sunrise. Ubuntu is an African concept that says we are part of community before we are individuals and that an individual’s success, is everyone’s success. This community consciousness resonated for me strongly and is a provocative interpretation of the Sun’s often toted meaning of individual gain.

The Pip cards have been the greatest surprise for me as a reader as I found myself more drawn to them than the Trumps. Ms. Pollard has obviously done extensive anthropological research to match up cultural history and mythology to flow through the suits. With each reading the layers of symbols and dynamic energy of the Pips became more apparent. I suspect that working with this deck over time will deepen not only my knowledge of my homeland’s history and spiritual traditions, but also my understanding of the subtleties of each suits. As the imagery is so evocative, the iTongo lends itself to more intuitive readings.

I recommend the iTongo Tarot for Transformation to intermediate and advanced readers and tarot enthusiasts who wish to explore the tarot through a different worldview. Expect to be surprised by a refreshing take on some of your favorite cards as the spirit of Africa seeps through the cards.