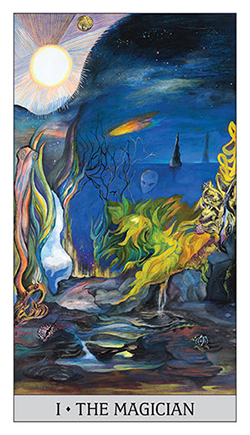 The Japaridze Tarot is a fine art tarot of 78 cards with original artwork by Parisian contemporary artist, Nino Japaridze. Her tarot artwork is bold and evocative, exploring tarot symbolism through collage-style surrealistic paintings. Published in a deluxe set by US Games, and with a full-colour 176-page companion book.


Card Images from the Japaridze Tarot 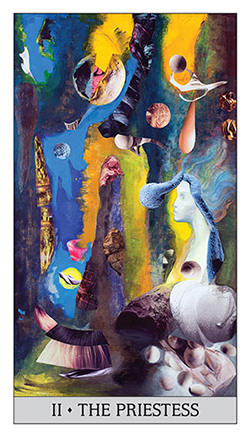 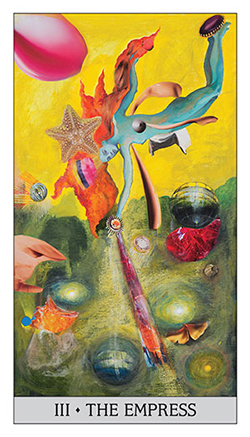 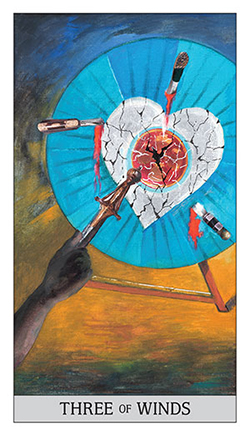 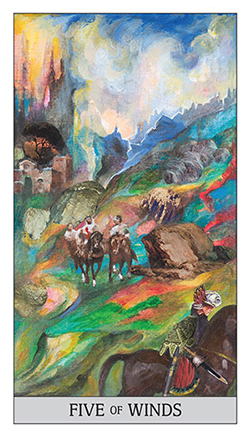 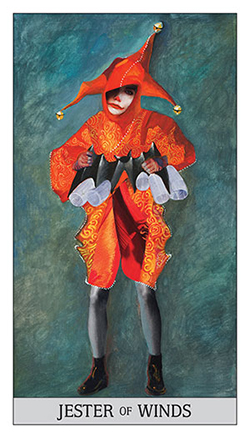 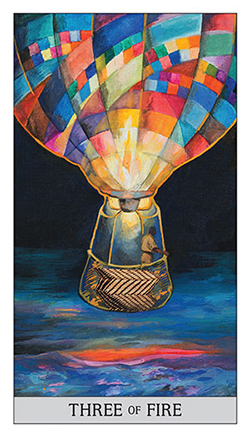 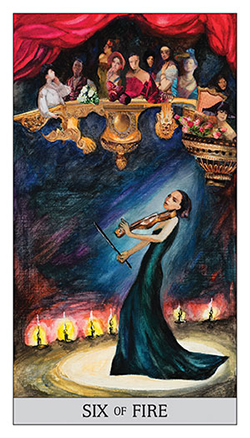 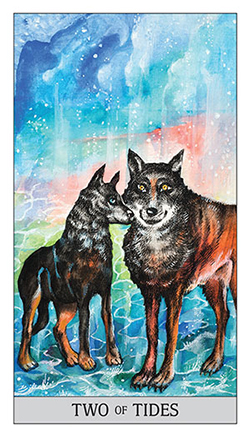 The Japaridze Tarot Card Deck has been created by the contemporary, surrealist artist Nino Japaridze.

Born in 1961, in Tbilisi, Georgia, Nino Japaridze is a talented artist. She has widely exhibited her works since her childhood. After completing her studies in the Fine Arts Academy, she moved to Paris and began exhibiting her work all across Europe. Today, she works and lives in Paris with her daughter, Anna.

As soon as you open the beautiful box that the cards come in, you will realize the amount of care that was taken to create a beautiful home for these exquisite cards.

The first thing you will probably do after you pull out the book (about which I shall talk in a bit), is look at the images of the cards. I simply couldn’t stop myself from gasping aloud at the beauty of these images. Perhaps it is my innate love of surrealistic art, but as I looked at each card, I felt that I could so easily get lost into the vast landscape of the world depicted within these images.

As I looked and looked, I could sense the depth of thought and sincere efforts that went into the making of these cards. Nino Japaridze has used a beautiful blend of oil, acrylic, gouache, ink and collage to create some really wonderful imagery. And you can tell that she’s spent a considerable amount of time understanding the deeper aspects of the symbolism and system of Tarot.

The Japaridze Tarot Card Deck is accompanied by a very beautiful book that has full colored images of the various cards. The book is written by Steve Lucas, the owner of New York’s Gallery of Surrealism, who also represents Nino Japaridze. Their Web site also features the Japaridze Tarot and you can see all the card images there as well.

The book is printed on sturdy, glossy paper. It contains full color images of the cards and a description of the card, insights on its imagery, and the divinatory meanings.

Although the meanings of the cards if they are reversed have not been provided in the book, they are simple enough to discern for a Tarot card reader who also uses reversed cards in her readings.

As I read through the introductory section where Steve Lucas talked about ‘The Road to the Japaridze Tarot’, I couldn’t help but feel the reverence, the affection and the admiration that he has for the artist, her work, and her artistic process.

The Making of the Japaridze Tarot

It wasn’t until early 2011 that Steve first put forth the idea of creating the Major Arcana of the Tarot. However, since Nino was taken up with her other work, she could only begin working on the Tarot artwork after a year and half.

The first card image that she completed was for The Star card, after which the process truly began. It was also during the time in-between that Nino also researched Tarot. During the process of creating the artwork for the entire deck, Steve and Nino would have long discussions about Tarot and the paintings that she was making for the deck.

Another year and a half passed, and the deck was almost complete, and subsequently, the deck was published by the U.S. Games Systems Inc. Reading about this journey put a smile on my face – sometimes, things that are meant to happen come about so synchronistically, it is almost magical!

The Major Arcana of the Japaridze Tarot have a very distinct surrealistic imagery. After her deep study of the inherent symbolism of the cards, Nino Japaridze has created a fascinating landscape of the Tarot archetypes. Although some of the cards have been re-interpreted, but that has truly brought out a very interesting aspect of that card’s meanings, showing that archetype in a new light.

For instance, I loved how The Emperor card is called War. Although traditional depictions of the Emperor talk about stability and the (sort of) strict benevolence that a supreme ruler / father figure might bestow upon his subjects / children, the imagery of the War card from the Japaridze Tarot depicts the real effects that this kind of “benevolence” can often bring about.

The imagery of the bat on The Hierophant card had me fascinated. My query about why this symbol was used was answered in the introductory section for the Suit of Winds, where Steve wrote about it.

The only mammal capable of true flight, these animals are a fitting symbol for the Air element, whether in motion or asleep hanging from their airborne roost.

I loved how an animal that is typically perceived as eerie and scary suddenly became a very interesting symbol of flight.

Another slight deviation from the “norm” is that Trump 8 is titled Justice and Trump 11 is titled Strength. However, I do know that this is well in keeping with the very traditional system of Tarot, and therefore doesn’t really hinder the understanding of the journey of the Major Arcana.

Also, I loved how The Hanged Man card (Trump 12) is called The Drowned. I think it really brings out the Water element association, and conveys the hanging, stuck feeling that the card means to convey.

Also, if one looks carefully, the image also shows the ‘drowned’ man seeing the hidden wonders of the ocean while he is suspended in there! The ocean could also represent the hidden waters of the subconscious, which reveal the deepest and most profound aspects of our psyche, and it is only when one is suspended within those waters that one can truly perceive them.

Although deviating from the typical names of the Suits, the Japaridze Tarot, however, doesn’t deviate from the inherent meaning of the Minor Arcana suit cards.

As I read through the book and looked into the images, I was fascinated by the discovery of so much beauty and brilliance, and at the same time caught unawares at the deep feelings that these images evoked within my own self.

This is certainly a deck that you will want to explore slowly, thoroughly and deeply. Just as the images of the inner world speak slightly differently to each of us, the imagery of the minors will no doubt open up different pathways of understanding for each individual. Understandably, it will take a while before you feel “ready” to start using this deck, and even then, I feel, it will only be the beginning of a very wondrous journey filled with many explorations that stir up your imagination and send you on a journey full of adventure and discovery.

Of course, this change doesn’t really take away from the inherent meanings of the cards. I believe it really adds value to our perception of these cards.

The Page is someone who is considered to be playful, joyful and responding innocently to the basic traits of his elemental (Suit) nature. The Jester card can easily portray this trait.

I took my time going through the images of the Japaridze Tarot, letting the impressions of the cards sink in, reading the book and understanding the deeper, symbolic aspects of it.

The companion book, towards the end, features 2 Spreads inspired by the motifs of the Winds and Fire suits of the cards: The Four Winds Spread, and the Fire and Smoke Five-Card Spread.

The guidance that the cards provided was flawless, and reading with it was beautiful. Even though I had read the book only once, I didn’t feel like reaching out and referring to the interpretations. I could look at the images and intuitively understand what the images were trying to tell me. In fact, I think that the imagery truly lends itself really well to an intuitive interpretation process.

Reading the book had helped though, because it made my conscious brain aware of the meanings behind some of the newer symbols and the imagery. But after that, I was able to let my imagination (and intuition) run wild, and what a wondrous landscape they ran in!

The cards of the Japaridze Tarot have totally caught my eye because of their really interesting imagery, and / or their take on the deeper meaning of that card.Many of them, to me, also gave me a strong sense of, “there’s a story lurking in there, somewhere,” which also pleased my writer-ly side a lot!