The Law of Attraction Tarot is inspired by the best-selling book, The Secret, and its promise to help manifest anything you want in life. The 78-card deck is quite different in most imagery and meaning from standard decks, and is intended to help you achieve your dreams.


Card Images from the Law of Attraction Tarot 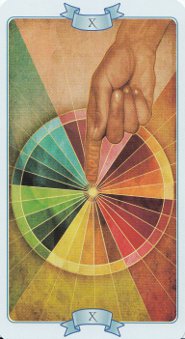 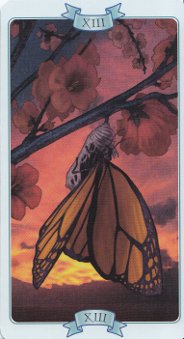 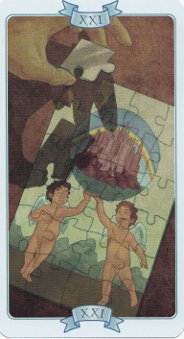 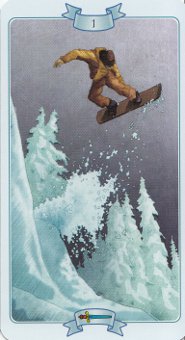 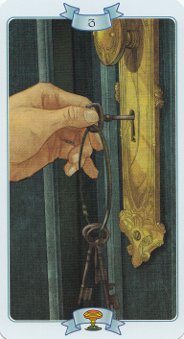 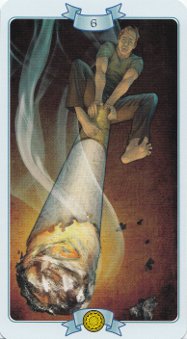 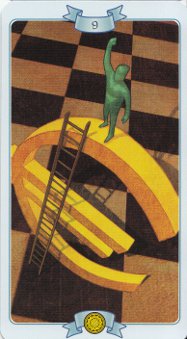 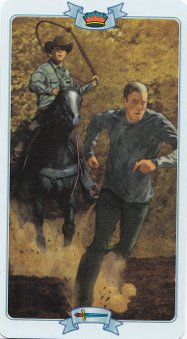 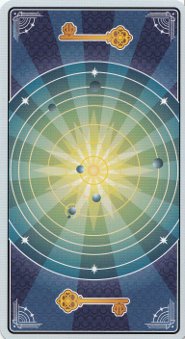 The Law Of Attraction has been a subject of much interest since the publication of Rhonda Byrnes' The Secret. It ostensibly helps to make your dreams come true by clarifying your ambitions and concentrating your positive energies in order to receive an outcome. This, I know, is an oversimplification of a deeply layered subject which is far more difficult to master than we are led to believe. It is this complexity that the Law Of Attraction Tarot aims to help us resolve – by assisting the seeker to identify their dreams, and steer them onto a path towards turning those dreams into reality. Traditional tarot cards may also be able to do this, but they have a much broader spectrum of applications, the Law Of Attraction (LOA) Tarot limits itself to a specific purpose.

It is a 78 card deck with 22 Major Arcana and 56 Minor Arcana. The Major Arcana contain no titles, only a number given in Roman numerals at the top and bottom of each card. Paradoxically the Major Arcana have artwork that is instantly recognisable as Rider Waite Smith (RWS) derived imagery , but the meanings play fast and loose with commonly accepted interpretations, for example - "Justice (Discipline): fuel your dream every day by visualising it…" or - “The Chariot (Dynamism): act immediately and concretely if you want to make your dreams come true…"

The Minor Arcana consists of four suits of 14 cards, numbered 1 to 10, with four court cards. The suits given are Chalices, Pentacles, Wands, and Swords. The pictures on these cards bear no resemblance to RWS images. They do however follow the standard tarot line of links to The Elements and Zodiac signs, and traits common to both. E.g. Swords are governed by the element of Air; the astrological signs of Libra, Gemini, and Aquarius ; and signify difficulties, intelligence, and communication. The LWB gives each of these cards an alternative title relevant to their meaning. E.g. Eight of Wands (Gratification), Five of Chalices (Harmony) and so forth. The numbered Minor Arcana always represent ideas or events that can help or hinder the seeker on their path to fulfilment.

The Court Cards are Knaves, Knights, Queens, and Kings, and some of these are represented with abstract ideas rather than people, such as the Knight of Cups which is depicted as a two masculine hands in a handshake. In a reading the Queens and Kings are actual people who may feature in the querent’s life, whereas the Knaves and Knights offer the possibility of being an actual person, or an idea or event.

The artwork in this deck is by Simone Gabrielli. The colours are muted and sombre, and the images are a mixture of mystical, and contemporary. The cards measure 66 x 120 mm, a standard sized deck for Lo Scarabeo. The card stock is good, low sheen, and smooth. The cards shuffle extremely well, without catching, or being too slippery and hard to handle. The print is clear and the images clean and well defined. Each image is bordered by a thin blue line and a broader white frame. Numbers and symbols are placed in a pennant at both the top and bottom of all the images.

The Little White Book contains instructions in English, Italian, Spanish, French, and German.It has been written by Marina Roveda specifically for this deck. The instructions include a brief overview Of the Law of Attraction and how to make it work for you. There is a six card layout included which is not a lot different to any other basic spread – where you are at, what opposes you, what can happen, the outcome etc. A Celtic Cross spread would work particularly well with these cards. The LWB gives no description of what is happening in the card or how the image relates to the meaning given. Traditional tarot cards usually have several possible meanings and it is up to the skill of the reader to interpret the cards for the querent. The LOA cards leave no room to ambiguity or variation. The Little White Book gives the card number and alternative title (in brackets), a definitive meaning, and advice relevant to the Law of Attraction. Typical advice may include what actions to take in order to make your dream come to fruition.

Although this deck claims that it can fulfil traditional tarot uses such as divination or meditation its images and meanings, especially in its wholly original Minor Arcana, are so particular that it may be hard to achieve this outside of a Law Of Attraction framework. Given that the Law Of Attraction is both complex and multilayered, not easily understood or mastered, a tarot deck which assists a seeker to do just that is a valuable tool and asset. If you are interested in the Law Of Attraction and are looking for assistance in furthering your aspirations then this deck is highly recommended.