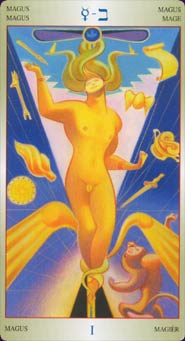 The Tarot of Stars Eternal is a reworking of the Aleister Crowley Thoth Tarot by Dante Tarot artist Andrea Serio. The majors are very similar to Crowley's Thoth, but the minors have been expanded and have an emphasis on Decans.


Card Images from the Liber T: Tarot of Stars Eternal 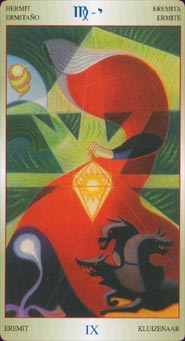 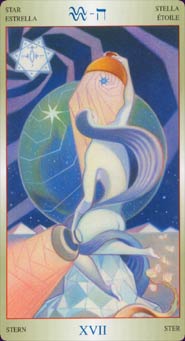 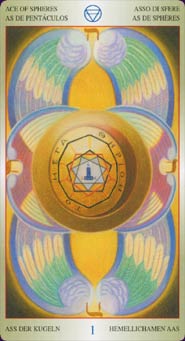 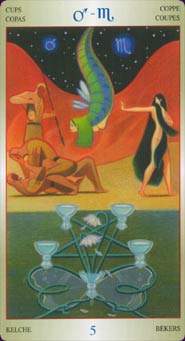 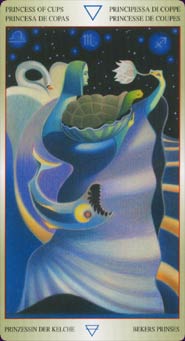 The Liber T: Tarot of the Stars Eternal deck has its roots in the Golden Dawn teachings and has many similarities to the Aleister Crowley Thoth Tarot but some individual differences. Its concept is by Roberto Nigrini, drawing on the astrology of the Golden Dawn, the Book of Thoth, and ancient Egyptian astronomy. It is:

"... the result of reworking and amplification authorised and developed by the Mediterranean Synarchy of the Astrum Argentinum and the School of Wisdom within the Franco-Haitian and Italic Filiation of the Ordo Templi Orientis represented by its current Imperator".

The distinctive art is the creation of Andrea Serio - who was also the artist responsible for the Dante Tarot – and his unique style is plainly visible in the art of the Tarot of the Stars Eternal. Compared to the Crowley Thoth, the art is softer, more unfocused, more flowing and abstract. The pen-and-ink fractured detail of the Crowley deck has been removed, which gives the art a more flowing and dreamlike feel but the distinct precision and its raw-edged reality is lost.

The 22 major arcana cards have general symbolism inspired by and very similar to the Thoth, but altered in Serio’s particular style. Thoth purists may find favourite details altered, but some are effective for me - like the changes made to The Star, the softening and different colouration.

The minor arcana have four suits: Cups, Spheres (instead of Disks), Scepters (instead of Wands) and Swords. They are divided into Court Honor Cards (the Thothian Princess, Prince, Queen, and Knight; though the booklet refers to this card as the King-Knight to avoid confusion), the Four Aces of the Sacred Radical Elements, and the Numbered Arcana.

The Numbered Arcana cards are where the Tarot of the Stars Eternal departs significantly from the Thoth blueprint. The astrological and stellar correlations appeared only partly in Crowley’s version, and according to the companion booklet, they have been taken to a higher level of development in this Liber T.

The 36 cards are linked with the iconographic and magical tradition of the 36 Decans - star groups - in Ancient Egyptian skylore. (The booklet attributes these Decans to the Egyptian Star Cult and gives them the name of SIBU SEPESU, or Eternal Stars -- hence the deck’s title.) The card scenes build on the images of the Thoth, and are expanded to show the card pip elements in the foreground, and behind a surrealistic scene that usually includes a humanesque figure. The far background at the top of the card is a dark starry sky, inset with astrological symbols.

As for most Lo Scarabeo decks, the cards are good quality and pleasing to hold in the hand, but the companion booklet is multilingual and very light on detail. In my opinion, a deck with a complex basis is best understood with a companion text from the creator, or at the very least a bibliography or list of further reading, but both are unfortunately absent from the Liber T.

Sample meanings from the booklet:

XVII Star – Use all of Your Energy to control Thought and consume Thought like the Phoenix.

Ace of Spheres – Root of the Powers of the Earth – Daughter, Divider of Substances.

The Tarot of the Stars Eternal is a reworking of the Crowley Thoth in Dante style. Thoth enthusiasts may find the simplification of the majors and added artistic complexity of the minors too drastic, but collectors and readers may enjoy the new perspective on a classic deck.