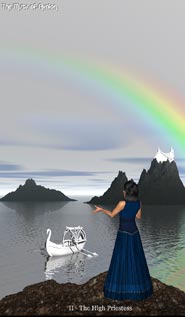 The LiteraTarot decks are the brain-child of the Italian Museo dei Tarocchi. In 2008 the theme of their yearly collaborative decks was the great classics of literature, and a deck was put together in each of the continents. The American deck was hosted by Arnell Ando.


Card Images from the LiteraTarot America 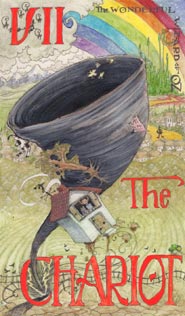 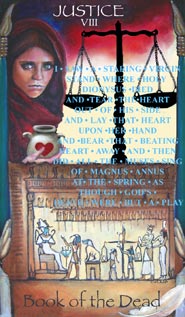 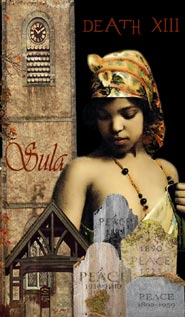 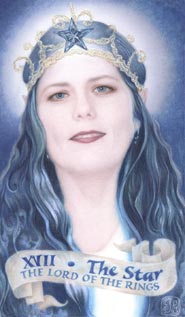 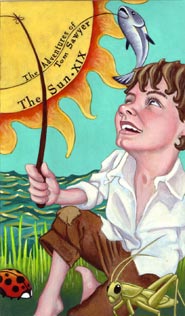 Each year the Italian Tarot Museum hosts a collaborative Tarot project, with a different theme. For 2008 the theme, LiteraTarot, was dedicated to great classics of literature, either contemporary or from the past. The goal was to take a recognizable element from the work of literature and meld it with the traditional meaning and symbolism of each card. This was a wonderful, large scale project in that multiple continents were represented. Arnell Ando hosted the deck for the United States, with other decks coming from Asia, Europe (due out in early 2009), and Oceania (this deck, hosted by Fern Mercier of New Zealand, is already out).

Each deck is a Limited Edition (300 copies), Major Arcana project involving the host and 21 other Tarot artists. Arnell has created a separate page on her artist site, where we can see the artists, and learn a bit about them, and their previous work (as well as see scans of the complete deck).

In fall of 2007 Arnell and her husband visited the Museo Dei Tarocchi. On her site she has a link to a journal about her visit, along with photo’s of the building and the people. With an artist’s eye, she was awed by the 400 year old stone building, by the museum itself, and by its dedicated curators, Ernesto and Morena, who founded and run the museum.

The museum is magickal – Arnell talks about tree trunks that open up to reveal hidden shelves of prized Tarocchi, and tiny doors with lit windows hidden in the stone walls that open to show off miniature artwork.

Ernesto and Morena also give guided esoteric tours. They are also doing exhibition work – so – if you are going on vacation anywhere near Italy, see what is being offered!

Those of you who were at BATS (the Bay Area Tarot Symposium) in October of 2008 heard Arnell present this deck, and had a chance to see it in person – and feel the excitement that Arnell generates about it. To bring together a group of people, and accomplish a project like this – what a great and unique opportunity! Oh, by the way … Arnell and her husband hand carried the original artwork to Italy, where they now hang on the museum walls!

The twenty-two artists for this deck, the cards they contributed, and the literature reference are as follows:

The cards come in a book-like carrier, with a ribbon tie on the left hand side, and ends that come up from the top and bottom so that the cards do not fall out. Publication information is on the back, with a random card from the deck on the front. It is well put together, graceful, beautiful, and serving its purpose.

I loved all of the cards in this deck, but especially the High Priestess, which shows a female figure (Morgaine), in a dark dress, facing a the body of water between Avalon and Glastonbury. On the water we see a white barge, with oars and a swan like end, the barge that she must summon to help her re-enter Avalon. In the upper right hand corner is a magickal rainbow.

There is a print-out that comes with this deck that shows each artist’s story for the card that they drew. The stories, and the cards, work in combination to bring this deck alive, and to show how the world of literature reflects the same archetypes that inhabit the Tarot. It is a learning experience, and a great gift.