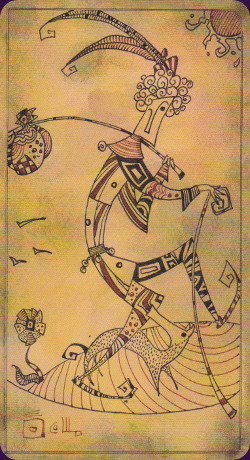 The Lost Code of Tarot is a fictional deck, created as though it is the original tarot on which all others are based. It has 80 aged-looking cards with illustrations inspired by da Vinci's notebooks and the Voynich Manuscript. Not for beginners; the cards are untitled and non-traditional and the guidebook is a book of shadows rather than a companion book with meanings.


Card Images from the Lost Code of Tarot 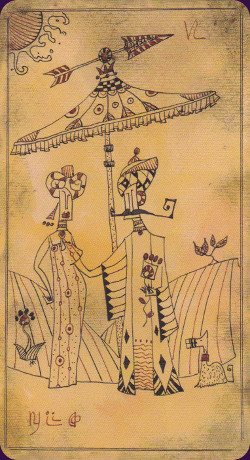 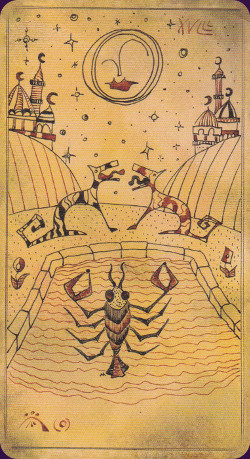 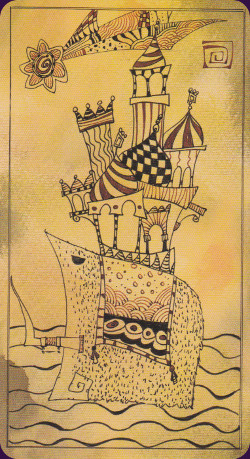 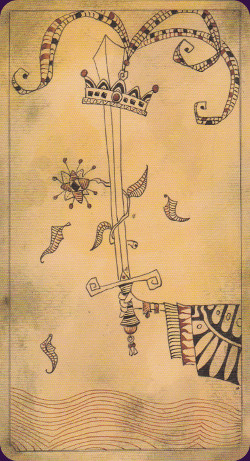 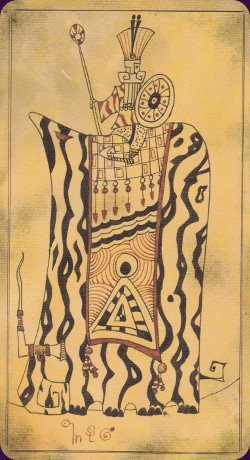 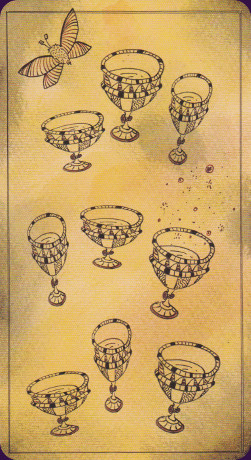 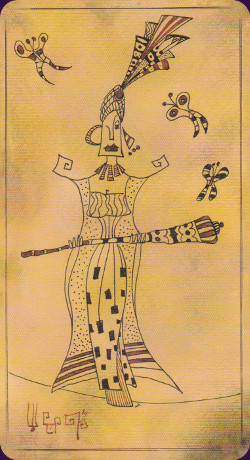 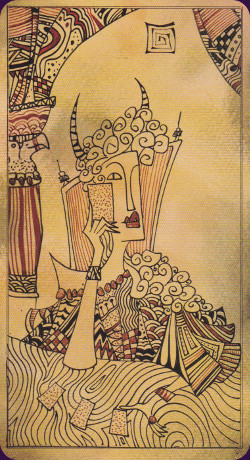 The Lost Code of Tarot box set by Lo Scarabeo is a multimedia project created by Andrea Aste, where post-modernism, magic realism, and art intersect. This box set consists of a tarot deck, sometimes identified as the Alchemists Tarot, and the Book of Shadows.

The basic premise/conceit is that this Alchemists Tarot is the *original* tarot, on which all other tarot decks have been based. The deck is the invention of a single creator as opposed to *real* tarot decks which are the product of cumulative knowledge collected over hundreds of years. The alchemist who created the deck kept a journal or Book of Shadows detailing his works and creations… And it is here that one can uncover clues to the myths and symbols contained in the deck. The book of shadows is emphatically NOT a guidebook to the cards. It has been created as part of the imaginary world of the artist/author.

Inspired by Leonardo da Vinci's coded notebooks and also the Voynich manuscript (which contrary to popular belief is currently in the early stages of being decoded) this tarot and its accompanying manuscript as something of a cipher, or giant puzzle.

This is an 80 card tarot deck, following the standard format of 22 Major Arcana and 56 Minor Arcana, as well as two extra cards whose purpose is yet to be revealed. The Major Arcana is fully illustrated but the Minor Arcana are tedious cut and paste repetitive-image pip cards.

While the Major Arcana titles are given in Aste’s invented code, the images clearly reference the tarot of Marseille. There are in fact no new or renamed cards, this is a standard Major Arcana with no reimagined images or unusual ordering. The curious numbers assigned to the cards are nothing more than the artists interpretation of Roman numerals.

The Minor Arcana likewise follows a standard format of 4 suits; Cups, Swords, Pentacles/Coins, and Wands, with 10 number cards and 4 court cards. The Courts are Page, Knight, Queen, and King. The Minor Arcana are not numbered, so it is not always clear which number card has been dealt, unless one counts the number of objects depicted on the card. Uniformity is not the tarot reader’s friend here.

The cards measure 65 x 120 mm, making this a fairly average sized tarot deck. The card stock is light, and thin but sturdy, and flexible with a low gloss finish. The cards are smooth and easy to shuffle; they are sturdy and will not crack, nor are they in danger of breaking or peeling.

The print quality is excellent – the images are clear and crisp with the delicate line work reproduced without blurring or colour bleeds. The artwork is heavily geometrical and references African-Islamic art in particular, as well as the artists own unique and whimsical vision. The images are confined to 2 colours only – black line work with red highlights on a sepia background.Each drawing is contained within a fine-line border. The finely detailed symmetrical image on the back of the cards depicts a walled city built around a pool or fountain, on a smokey grey background - it allows for reversed cards.

The storage box is glorious; satiny black and covered in illustrations from the Book of Shadows, each whimsical cameo highlighted with spot varnishing. The cardboard is heavy duty and made to last a long, long time. The lid folds back, and is held shut with magnetic closures. The cards rest on a red satin ribbon which helps the user to lift them from the box, and the Book of Shadows sits atop them.

The 160 page book of shadows is a work of fiction, and although it provides clues to the origins and ideas behind the tarot deck it is in no way an organised guide to the cards. It is in fact a work of magic realism with references to mockumentaries and non-existent news and magazine articles designed with such attention to detail that it is almost tempting to fall between the blurred lines separating reality from fiction and immerse oneself in this "Renaissance Steampunk world” where “da Vinci meets Jules Verne”. To make the most of this tarot deck and book the Seeker is advised to make liberal use of the artist’s interactive YouTube channel ‘The Alchemists Channel’.

As a tarot deck the Alchemists Tarot is challenging to use, however, it is also delightful and has a special charm all of its own. The Seeker intending to use this deck will have to be willing to invest a certain amount of time and effort to get to know the deck and get the best out of it. It is completely unsuitable for beginners, however an experienced user (and particularly pip-card aficionados) will find it easy to master if they wish to impose their own interpretations upon the cards. While it can be said to be visually stimulating it can equally well be said to be visually somewhat confusing.

Overall The Lost Code of Tarot is a fascinating new dimension to the world of tarot, and as the mysterious world from which it originates is expanded by Andrea Aste so do possible uses and interpretations for the deck. This deck is both complete and a work in progress and as such contains endless possibilities.