Jane Lyle's Lovers Tarot is a majors-only Tarot deck made especially for questions of love. The figures and scenes are very medieval/Renaissance style and maps, constellation charts, astrology and alchemy all make an appearance.

Card Images from the Lovers Tarot 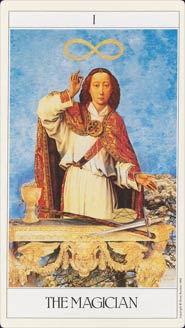 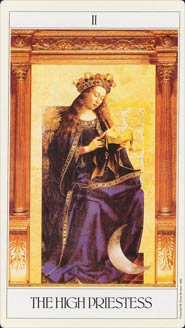 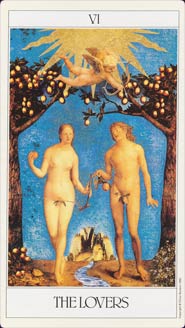 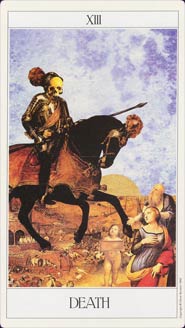 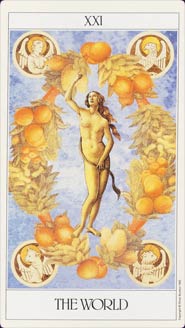 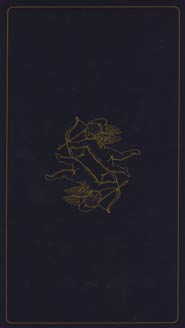 I picked up this deck at a bookstore I worked at because it was cheap and new. When I took a closer look at it, I wasn't very happy with it at all.

I like the decks I buy to either be well-suited to my personality and needs, so that I can use it in my tarot readings, or interesting and beautiful, so that it makes an good addition to my tarot collection (or both). I thought this deck was neither.

I was disappointed with the artwork. It consists of images from old paintings cut and pasted into the symbols of the major arcana. I thought the cutting and pasting was done pretty sloppily, and the images are not strong because little thought must have been given to the meaning of the card. And even if I did like the artwork, the cards are too big for my hands to shuffle comfortably.

The book that came with the deck was actually not that bad, describing pretty well how to do a tarot reading completely on the subject of love and relationships using the major arcana, but I won't be using this deck.