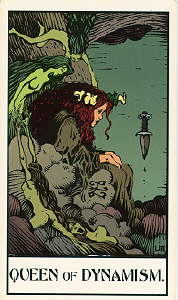 Based on the Mage roleplaying game, the Mage: the Ascension Tarot erases the boundaries between fantasy and reality. The artwork is dully lit - lots of browns and greys - and occasionally unsettling.


Card Images from the Mage: the Ascension Tarot 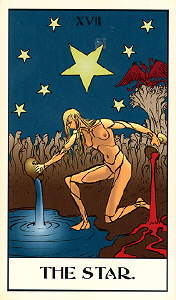 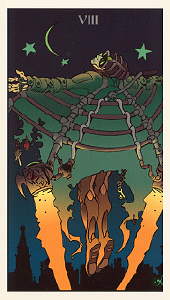 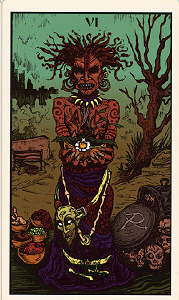 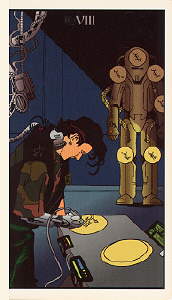 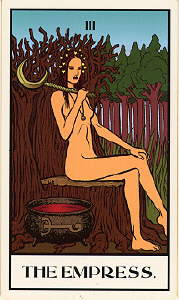 I find that this deck is not very practical for many tarot readings, since it was made specifically to use in a role-playing game. (And even states this in the companion book). It was designed ostensibly to give story-tellers an interesting way to come up with new plots and such. This deck stays in my collection rather than being a deck I use normally.

But it's a very interesting deck and I'm glad I found it. I thought that the modern, comic-book like artwork was pretty well done, and having a different artist work on each suit gives an independent identity to the feel of the suits. The images are not restricted by traditional symbolism, and it often offers strange twists on familiar themes that give it character. Most of my other decks use fairly traditional images... it was interesting to see, for example, the hermit wearing a trenchcoat and body jewellery, and shining a flashlight into the sky by a dirty sidewalk.

To summarize, this deck is not for everyday readings, since its character is not as neutral and therefore versatile as other more traditional decks, but it's one of the more interesting and more unique decks that I own, and therefore is a welcome addition to my own collection. :)

This is a specialty tarot, designed for use within a modern-fantasy roleplaying game. As such, to those unfamiliar with that game, the structure and symbolism of the deck will seem obscure and arbitrary. This deck was never intended for practical divination or spiritual reflection, and while I am familiar with the game and its particulars, I find it ill-suited to either. To nearly everyone with an interest in tarot, this deck would be a curiosity, perhaps valued for its strange and evocative art, but of no real use beyond that.

However, to players of role-playing games, particularly within the setting from which it was derived, this deck can fill many roles. These uses as a game supplement are discussed in the accompanying booklet, and are helpful as far as they go. The oddity I have observed with this deck is that while it is useless for readings regarding the "real world", it is uncannily accurate in readings for or regarding the fictional characters in a current roleplaying scenario. Since the game concerned relies upon multiple people jointly creating an ongoing story through improvisation, it is hard to predict where events will take characters in future game sessions. However, the Mage: the Ascension Tarot seems to have a knack for it.

I had the great pleasure of meeting (and reading tarot for) Nicky Rea and Jackie Cassada several years ago, and we discussed this deck. I brought up this peculiarity and they jointly finished my sentence. They had heard the same thing, often, from other tarot readers using the deck in their game sessions. An interesting result, and one that makes this deck truly unlike any other.