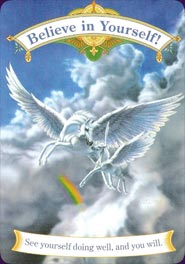 The Magical Unicorns Oracle is a positive set of 44 cards, for people of all ages. Its cards are based on the mythical unicorn and Pegasus legends and have pretty, detailed illustrations. 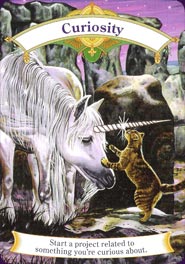 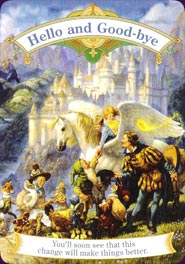 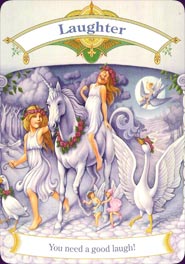 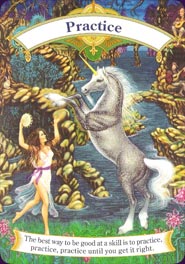 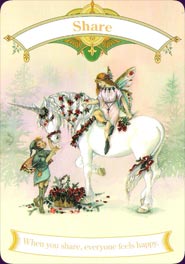 Magical Unicorns Oracle Review by May

Anyone who has ever been associated with any of Doreen Virtue’s oracle decks would have felt the energy surround them. I felt the same as soon as I opened the box.

Unicorns have attracted me since I remember seeing their picture for the first time. They are believed to be the first animals named by Adam and are associated with mystery, magic and purity. Impossible to tame, there are many more legends associated to Unicorns. Unicorn horns are believed to protect from evil and also were used to cure various ailments. Unicorns are mentioned in various literary works, recently featured in Harry Potter, where unicorn blood was mentioned to give life. They are considered to be the purest creatures and as mentioned by Doreen Virtue on the box, this deck has “Messages of Pure Love from the Unicorns for Children of all Ages”.

Let’s talk about the images on the cards. Like all the Doreen Virtue decks, Magical Unicorn has attractive and appealing images that seem to talk to you. The cards have images of unicorn or unicorns with people or animals or just by themselves. The unicorns are pictured in various types, with golden or silver horn, with or without wings, in browns and whites, and come from all parts of the world.

The images go well with the guidance provided by the cards. The card with the message “Very soon” shows a Unicorn ready to take of with sun rising in the background. The “Grandparent” shows an aging unicorn with colors of experience on its wings. I have not yet been able to decide my favorite card, but on bringing home the deck I shuffled the cards to see how the initial energy of the deck influences me. The card I picked was “Just be yourself”, with a picture of a child strolling on the back of a unicorn with a bird (dove I guess) flying next to him. The card immediately brought a smile on my face. I have seen the guidance of unicorns not only works for me but for those I read for.

The guidebook opens with Doreen’s dedication “To the beauty, purity, strength and magic that is within every unicorn, every child, and those who believe…”

The first section talks about how to use the Magical Unicorn Cards, how to read and take care of the deck. Then it has individual card meanings which are descriptive and provide insight and guidance to work with each card.

The Magical Unicorn deck is not only charming and beautiful but also enchanting and takes us into the magical and pure world of unicorns. The cards have at all times influenced me and those I read for positively and remove or reduce the surrounding negativity.