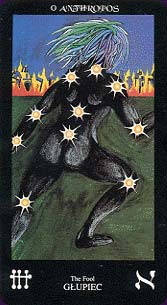 Also known as Tarot of the Magi

The Tarot Magow - Tarot of the Magi - is an English and Polish titled Fournier republication of a Polish deck. Its imagery is esoteric and has the strong thickness of pastels.


Card Images from the Tarot Magow 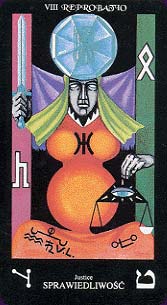 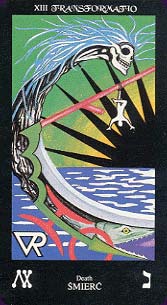 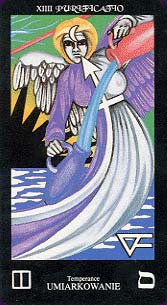 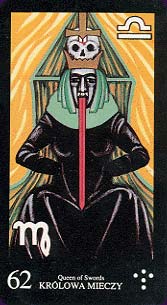 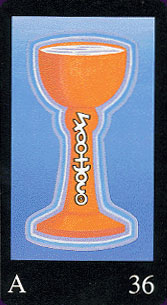 Among eastern European countries, Poland "leads the pack" as a producer of fascinating and original tarots. One of the earliest 78-card Polish decks was the celebrated Tarot Magow. Appealingly colorful and full of deep, Hermetic symbolism, the Magow was first brought to the attention of a larger, worldwide audience when K. Frank Jensen documented it in his celebrated publication, Manteia. In issue #7, pg. 29, Jensen writes: "While many modern tarot decks have moved away from the hermetic/esoteric contents towards a more psychological and neo pagan attitude (if they have any attitude at all), this deck does, even if the art style is modern and different, have a content, that makes it a workable tool for the practicing magician, for the Golden Dawn student, and for all others, to whom 'the classical tarot' still appeals."

In its first, 1991 printing, the Magow deck was printed by Wydawnichwo Glodnych Duchow -- which roughly translates to "Hungry Ghost Publishing House." The cards were cut to larger-than-standard size; the '91 edition measures 3" x 5-1/8".

In 1994, the Spanish publishing firm Fournier republished the Magow in a smaller size for the Polish market. The Fournier edition measured 2-5/16" x 4-1/4". The cards were otherwise the same as the Hungry Ghost edition, including titles in Polish and English. Because distribution of the deck remained contained within Poland, Spanish titles were not added.

Scarcely seen outside of Poland, the Tarot Magow is an amazing, thought-provoking deck to which tarot enthusiasts have had lamentably little access.

Review reproduced from the Tarot Garden newsletter of 24th February 2006