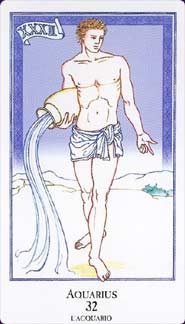 The Minchiate Tarot is a re-illustration of the 16th century tarot-like deck, the Ancient Minchiate. Brian Williams has given a more modern style to the medieval scenes in its 97 cards (there are extras for astrological signs, virtues and the elements).


Card Images from the Minchiate Tarot 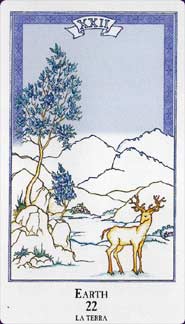 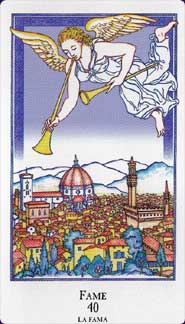 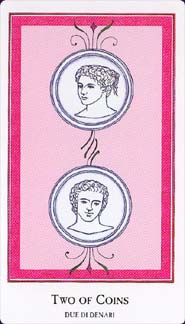 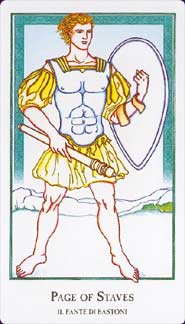 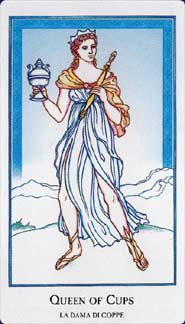 As always with Brian Williams work - I was transported into a totally "other" world by the Minchiate Tarot. The "triple threat" that this gentleman poses - author, illustrator, Renaissance historian, shines through in both the deck and the accompanying book. The wisdom that he carries shows itself in a clear but gentle manner. Ones feels as if they are sitting with a group of friends, of an evening, sharing drinks and thoughts and wandering into brave new worlds.

In the Minchiate Tarot Brian returns to the world of the Italian Renaissance. When most of us think of the Renaissance in relation to the Tarot, we think of Marseilles, and the Tarot de Marseille. Florence produced its own version, a highly elaborate deck called the Minchiate of Florence. It included what we now know as the Tarot, but also included the twelve astrological signs, the four elements (Fire, Water, Air and Earth), and four additional virtues (Prudence, Faith, Hope and Charity). The High Priestess was removed, and the Pope (Hierophant) was replaced with the Eastern Emperor.

Brian has taken the concept of the Minchiate Tarot and redesigned the drawings to reflect the current times - times that are easier for us to relate to. The resulting images are both calming and profound, without using a great deal of esoteric symbology.

Air shows a wonderful pastoral scene, with the sun coming up over the hills, and a dog at rest in the meadow as birds fly freely in the sky.

The people in this deck are worthy of comment - not only because of the warm manner in which they are presented, but because the same male and female figure appear consistently, with some variation. In other words - one male and one female model appear to have been used, to very good effect. Those that have viewed this deck will instantly recognize where the models - at least the male model - originated.

The pips in this deck are largely symbols of the suits, rather than pictures of any kind. Some of the pips show small vignettes at the bottom of the card (the Two through Six and Eight of Swords, and the Two of Staves), with the suit of Coins showing male and female faces within the suit symbol. The Three and Four of Cups, and the Four of Coins all show animals in the middle of the card.

The cards themselves are 3" by 5" , on good quality, glossy card stock. They are slick, and a bit hard to handle for smaller hands. The back of the cards show a white background, with a thin blue outer border, followed by 1/4" white border and a 1/4" blue and white borders. The center of the card shows a golden background, upon which we see an angelic form, with arms held out to their sides and wings. They appear to be standing on the skull of an animal with curved horns. To the left of the horns we see the letters MIN in black. To the right of the horns we see the letters NVO in black. In very small letters under the angel we see INV - Brian Williams.

The face of the cards carries a white border, with color coded borders and backgrounds for the suits - Cups are blue, Coins are red, Swords are yellow and Staves are green. The card title appears in large letters under the card, with smaller letters under that showing the Italian name. The Majors show the English name, under which appears the number, with the Italian name for the card appearing under that.

The accompanying book is a gold mine of information! Aside from the amazing Renaissance line drawings and references That Brian WIlliams has become noted for, there is a truly interesting study of the elemental attributions for Fire and Air - as someone who strongly falls in the Wands=Fire, Swords=Air category, this is the first time that I have seen an argument for Wands=Air, Swords=Fire that came close to changing my mind.

At the end of the book Brian presents his version of three basic Tarot spreads - the Celtic Cross, the Twelve Houses (aka Astrological spread), and the Tetraktys. The latter spread is highly esoteric, and is presented by Tarot Historian Tom Tadfor Little. I have to say - it took my breath away!

As Brian himself states in the accompanying book - the Minchiate Tarot is and isn't a Tarot deck. It is, because it follows the historical foundations of Tarot and Tarot archetypes, and it isn't because he has reinserted the core of the Minchiate lineage - the twelve astrological signs, the four elements and the added four virtues. Taking these cards out of the deck won't work - because they are an integral part of its structure, they are not cards that were slapped on at the end at the whimsy of the deck creator.

I recommend this deck for those Tarot students who already have a solid Tarot background and some background in Tarot history. It is an excellent reading deck, and a profound deck for meditation and contemplation. And ... it gives one a whole new way of looking at the Tarot, at its foundation and at all that it can be.