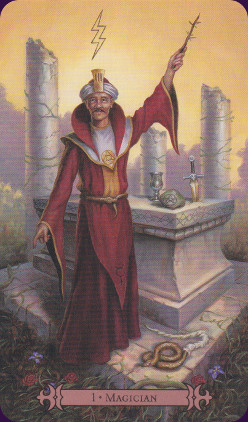 The Modern Spellcaster's Tarot is an inclusive, multicultural 78-card deck of Pagan symbolism in a mix of modern, medieval and fantasy illustrations. It's designed specifically for use in magickal practice and spell work, as well as for meditation and tarot readings. 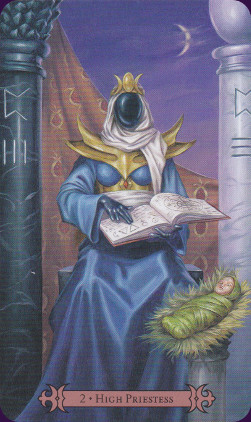 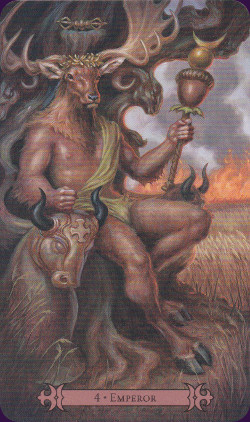 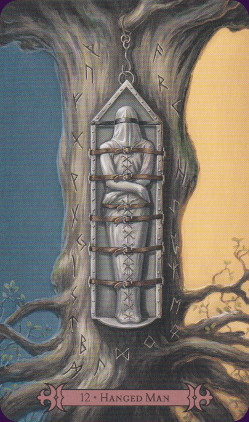 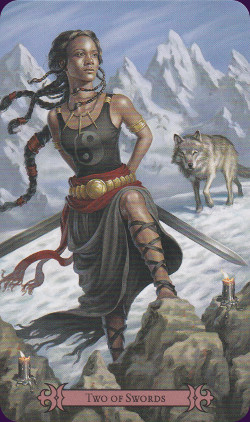 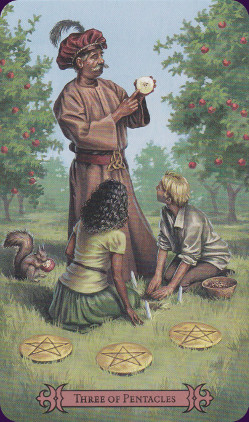 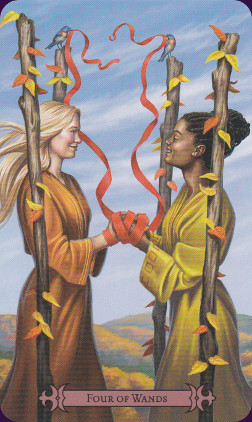 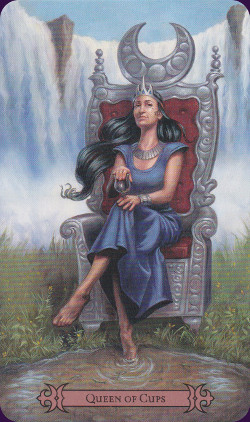 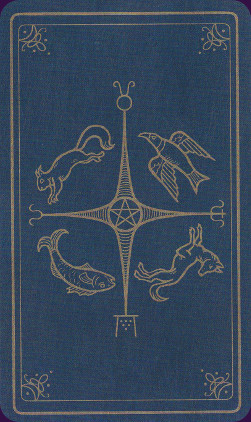 The Modern Spellcaster’s Tarot is an interesting new deck with strong Pagan leanings. While it has been designed with Pagans in mind, anyone who uses spells or a bit of magic will find this deck interesting, and an asset to their workings.

The deck’s conceptual originator Melanie Marquis details many of the uses for this deck in spell work. Sometimes the cards are symbolic or representative of a desired result; other spells may invoke the energies of a card or set of cards to feed into its power. Other methods suggested include; reversing a card for drastic change or to reverse an issue; placing a card face down to end a situation; transposing energies by placing one card atop another; and drawing energies together by placing cards face-to-face. A ladder of cards can be used to represent a progression towards a desired result. Moving cards away from, or towards each other can separate or draw energies, situations, and even people together.

The Modern SpellCaster’s Tarot features many tarot traditions such as elemental and seasonal alignments, and each card is rich in symbolism. This is a multicultural deck featuring people of varying ethnicities and ages. While some images feature the tired trope of the pagan-in-the-cowled-robe, other images veer between mediaeval and modern settings, with the middle ground being taken up by sword and sorcery mash ups. They are all, however, beautifully rendered and rich in detail.

Some depictions are challenging and/or unsettling such as The High Priestess whose face appears to have been replaced with a smooth black rock, The Hanged Man laced into his shroud and restrained with buckles, and the Ace of Cups with its barely disguised, unsubtle yoni painted into the waters flowing from the cup. Others such as the gorgeous green-skinned Empress, and the beautiful pack of wolves that populate the suit of Swords are among many highlights of this deck. And is that really a marijuana-and crystal garden being cultivated in the Seven of Cups?

This is a fully illustrated 78 card tarot deck. The Major Arcana has 22 cards whose titles and ordering follow convention without exception. The Minor Arcana consist of 56 cards divided into four suits – Wands, Swords, Cups, and Pentacles. Each suit has 14 cards, 10 number cards and 4 Court cards – King, Queen, Knight, and Page. The titles for each card are given in long form i.e. Six of Pentacles, Nine of Swords etc.

The cards measure 70 x 117 mm – this makes them a fairly average sized tarot deck. The card stock is thin and flexible. The finish is smooth on the face and low gloss, while the back has a slightly toothy texture. It's very easy to handle, and shuffles without issue, but a heavy handed user could give it some serious wear and tear, and a heavy bend would do permanent damage to a card. The print quality is outstanding with the fine detail and subtleties of colour reproduced exactly. There are no blurred images or misprints, and no colour bleeding.

The artist, Scott Murphy, has employed a palette of natural colours with even the most fantastic images rendered in realistic colour. Each suit has a predominant but not overwhelming colour, with Cups featuring light, golden-greens , Pentacles feature a darker shade of green as well as earthy browns, Wands are quite distinctive with their autumnal reds and golds, and Swords are distinguished by their shades of blue and grey.

The artist employs a realistic (not photo real) style and has endeavoured to make each image look as natural as possible. Great attention has been given to rendering detail not only with the foreground figures, but in bringing life to the backgrounds as well. There is no tell-tale blurring or generic colour schemes to suggest digital imagery, these artworks have every appearance of being hand-rendered using a good old-fashioned paintbrush.

There are no borders to the images, the pictures reach to the edge of the cards. The number and title of each card is given in clear black print on a copper background, at the base of the image. The image on the back of the cards – a compass with a pentacle at the centre, with squirrel, salmon, wolf, and hawk at the quarters - is not reversible.

The packaging for the Modern SpellCaster’s Tarot is superb. The cards come in a solid cardboard box – the lid is held shut by magnetic clasps and folds back like a book cover to reveal the cards and guidebook within. A ribbon sits under the cards to facilitate their easy removal from the cardboard well that they sit in. The inside of the box is finished in copper, and features the same design found on the back of the cards. The outside of the box features many images from the deck, as well as information about the deck, and publisher’s details. This solid, well constructed box has a smooth glossy finish, and can easily withstand the rigours of travel without sustaining any significant damage.

The guidebook by Melanie Marquis weighs in at a hefty 242 pages. It is divided into seven sections.

Section 1, Anatomy Of A Tarot details the structure of tarot decks in general, discusses elemental alignments, and some of the symbols used in this particular deck, as well as a short outline of the numerological correspondences for each card.

Section 2, Tarot Deck Care and Maintenance covers all the basics such as charging your deck using the elements, cleaning and maintaining a deck, and clearing your deck in considerable detail.

Section 3, How to Read the Cards takes the Seeker through all the fundamentals of tarot card reading including reading for oneself and others (and how to attune oneself to the subject of the reading), as well as developing one's own interpretations and skills as a reader.

Section 4, Using the Tarot for Magic discusses the many uses of the cards in the spellcasting.

Section 5, The Major Arcana moves through the Major Arcana card by card giving a description of the image on the card. This is less about the details such as symbols and more about the action taking place in each image. Divinatory meanings are given for both upright and reversed cards, and while these interpretations are refreshing and insightful, they do not veer far from traditional meanings. This is followed by information about the magickal use the card may be put to, and the spells it will enhance.

Section 6, The Minor Arcana moves through the Minor Arcana card by card. Again there is a description of the action taking place, and this is also effectively an upright divinatory meaning. A reversed interpretation is also given, and the magickal uses for the card are included.

Section 7, Easy Tarot Spreads gives directions for one and three card draws, a Celtic Cross variant, as well as a Compare and Contrast spread, a problem-solving 4 card spread, and a Lovers Spread. The book closes out with some good advice to keep the Seeker on the tarot path, and a Recommended Reading list is supplied.

While using tarot cards in magick is not exactly news, this is the first deck to explicitly set out and detail the uses to which the tarot may be used in spell crafting. This deck and its guidebook are full of invaluable information which may be put to good use by both novices and adepts at the art of magick. The deck itself possesses a powerful energy, and is guided by a clear and strong vision.

If you are a Pagan in search of a deck that speaks to your needs then search no further, the Modern SpellCaster’s Tarot has got your back. If you are interested in spell craft, and are looking for more detailed information to which the tarot can be used in aid of this art, then this deck is highly recommended. And if you are looking for a deck of strong energies to offset your own then this may be just the deck for you.