Morgan's Tarot is not really a tarot in the strict sense, but 88 cards of modern, alternative, amusing and strange archetypes and situations. It was first self-published in the seventies, and then in the eighties and again in 2009 by US Games.


Card Images from the Morgan's Tarot 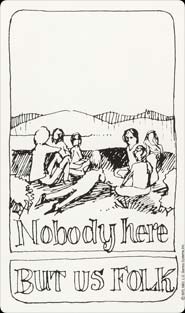 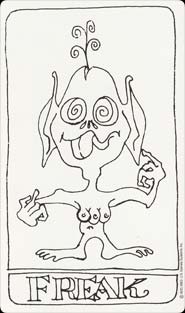 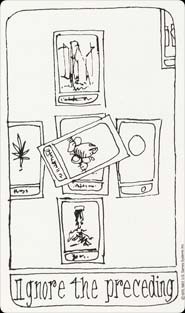 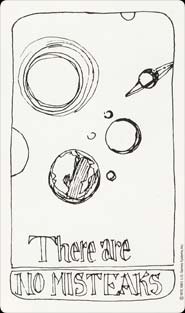 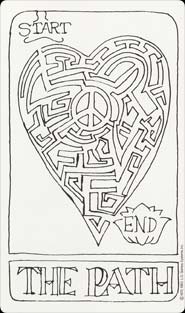 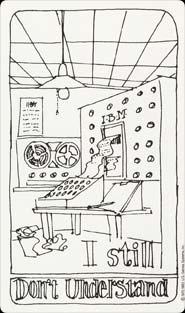 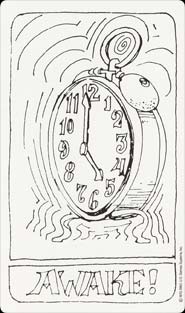 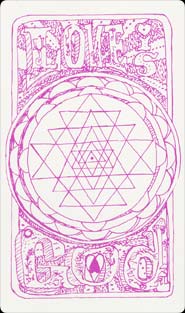 Quote from the little white book: “Our function is to provide clues and make roads signs (of which the Morgan Tarot may, or may not be one) for those who are to usher in the New Age.”

Back by popular demand! U.S. Games Systems, Inc. is reprinting a limited quantity of the Morgan’s Tarot, the deck should be available after February 4, 2010.

This deck was originally published in 1970, was re-released in 1983 and again in December of 2009. Though called a Tarot, this eighty-eight card deck leaves the Tarot structure behind and is actually an Oracle deck. You will not find Majors, Minors, suits, or numbers on the cards and there is no specific order of the cards, in their place you will find modern alternative archetypes. This is definitely not your great-grandmother’s Tarot deck.

The raw, edgy, and retro black and white images allow us to slip back in time to the hippie era and bring forward New Age messages that were “inspired by the 60’s counterculture philosophy,” and various spiritual traditions, especially Tibetan Buddhism.

Some of the card titles include:

It’s a Dog Eat Dog Food World
The Dream
Boo!
Drug Dragged
I Come From a Different Planet
There Is No You


The extra number of cards make the deck a little thicker than anticipated. Those with smaller hands may find it difficult to riffle/bridge shuffle. The title card is meant to be shuffled in with the rest of the deck.

Out of the box, this deck itself is a bit stiff, with sharp edges. However, it should break in quite nicely with routine shuffling. The finish on the cards is of high quality and the deck fans well. The backs have a design from Buddhist culture called a Yantra, in the center with the words “Love is” on the top and “God” on the bottom. The deck back is not reversible friendly. The cards measure 2 ľ” wide by 4 ľ” tall.

Once the deck is shuffled, the little white book becomes a bit difficult to follow, with it’s random order of the cards. Some card interpretations have multiple paragraphs, while others may only have one sentence. There are no definitions for reversed cards. The LWB includes instructions on how to use a Celtic Cross and gives directions for playing a multiple person game with the cards. The game is un-named, though could be a variation of The Highway Man.

This deck is quite direct with in your face messages and should not be considered an all “Peace and Love“ type of deck. That being said, it may not be the best choice to use in a professional venue, but would prove useful for those individuals who are doing shadow work or those working through a personal journey.