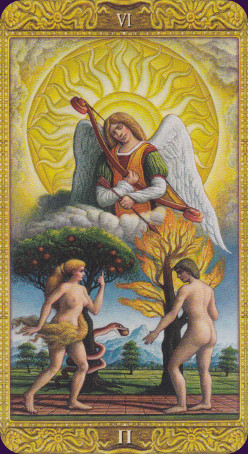 The Mystical Tarot is a deck of 78 original oil paintings, merging familiar Rider-Waite symbolism with an antique, Sola-Busca-looking artistic style and a touch of surreality.


Card Images from the Mystical Tarot 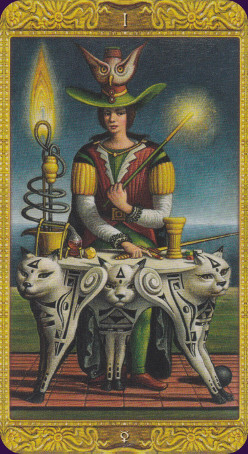 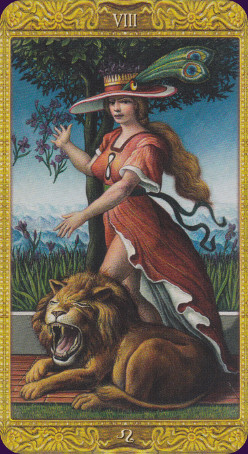 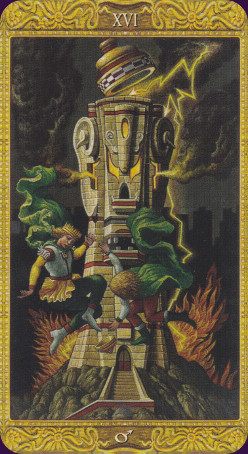 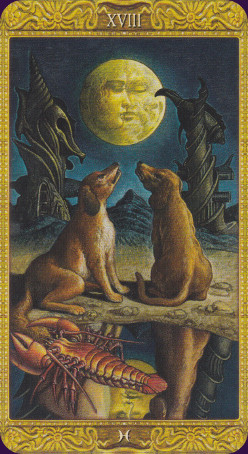 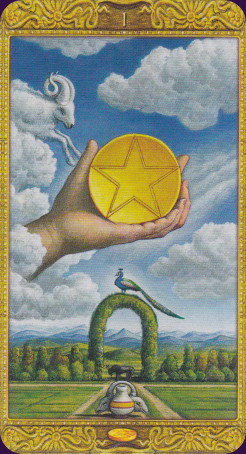 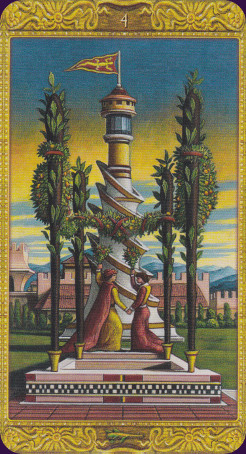 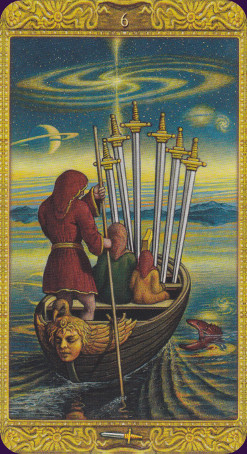 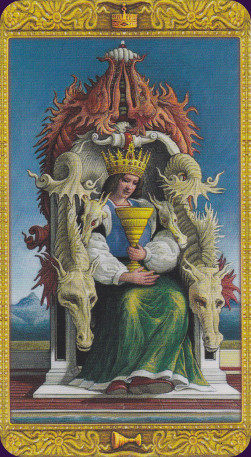 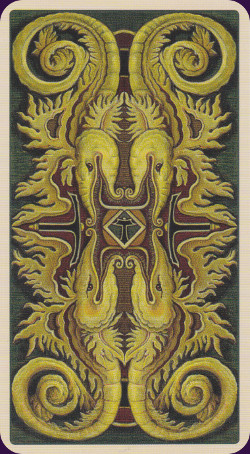 The Mystical Tarot is a beautiful new deck from Lo Scarabeo. It has been created to speak to the intuitive part of our minds where logic, order, and linear thinking takes a backseat to symbolism, mysticism, the 'illogical’, the language of dreams and visions. The Mystical Tarot is rich in symbols, with an intense attention to detail. The images have been sourced from the Rider Waite Smith classic and interprets them through a unique lens which could be best described as the lovechild of Sandro Botticelli and Evelyn De Morgan, with elements of surrealism and sci-fi thrown in for good measure. One may also catch glimpses of the influence of the Sola Busca tarot in many of the Mystical Tarot illustrations.

Slipstream is a relatively new genre of fiction which straddles the boundaries between sci-fi, fantasy, and literary fiction. It is typified by a sense that something distinctly odd is at work in the mundane world. The Mystical Tarot visually expresses the same sentiment… There is some strangeness to these otherwise 'typical’ tarot images.

Like its illustrious antecedent, the Rider-Waite Tarot, this is a 78-card fully illustrated deck with 22 Major Arcana and 56 Minor Arcana. The Major Arcana has 22 cards and follows A E Waite’s titles and ordering. The Minor Arcana is divided into four suits of 14 cards each – 10 number cards, and 4 Court cards; Page, Knight, Queen, and King.

This tarot eschews titles, instead the Major Arcana features Roman numerals at the top of the card and astrological symbols beneath the illustration. The Minor Arcana features Arabic numbers at the top of the card, except in the case of the Courts which have symbols into indicate their position i.e. a helmet, a horse, and two differing crowns. The suits are indicated by symbols beneath the central illustration.

The cards measure 65 x 118 mm, which is a fairly standard size for Lo Scarabeo tarot decks. They are neither too broad nor too long, and fit comfortably into all but the tiniest or most outsized hands. The card stock is superb, being light but sturdy, and flexible without being flimsy. They have a low sheen finish and are smooth to the touch. They are exceptionally easy to shuffle and do not stick or clump together.

The print quality is superb – the gorgeous, glowing colours of the artwork have been preserved, and reproduced with clean, crisp edges, no blurriness, and no colour bleeds. The artwork is unique and references many different styles such as Russian lacquer art, the Pre-Raphaelites, with touches of Bosch, as well as the Decadents and Symbolists. The artist, Giuliano Costa, has a broad palette of jewel-like colours, with a rich cerulean blue and golden yellow backgrounding many of the images.

The images are bordered by an elaborate, antique-gold sunflower design, with space at the top and bottom to accommodate numbers and suit symbols. The design on the back of the cards features mirror images of a Bosch-like creature, which initially appears to make the design reversible. However, a tiny detail in the centre of the card negates this.

The cards come packaged in a close fitting, light weight cardboard box. It has a glossy finish, and features images from the Mystical Tarot. This packaging, while excellent for protecting the cards initially, will not withstand careless or heavy-handed treatment. If you are intending to take your deck on the road sturdier form of protection will be needed for your deck i.e. a tarot bag or box.

The 64-page Little White Book (LW B) comes with instructions in five languages – English, Italian, Spanish, French, and German. There is a short introduction to the concepts which inform this deck - exhorting the Seeker to look closely at the details and be open to the possibilities contained within the illustrations. This is followed by instructions on how to mix or shuffle the cards and lay them out. The differences between the Minor and Major Arcana are clearly delineated, and their significance in a reading is highlighted. Each card has a short paragraph which describes what the card represents and how to interpret this in a reading. These interpretations are best described as classic, and while they are modern in essence no new ground or progressive/radical divinatory meanings are offered here.

This is a rather fabulous (in the truest sense of the word) tarot deck which is guaranteed to spark the imagination of the Seeker. If you are a fan of classical art and its modern interpretations then this deck is certainly worth considering. Likewise, if you're a fan of Slipstream, and Magic Realism this deck is a rich visual expression of such fiction genres. It effortlessly inhabits a world of beauty and strangeness and if that's something you like then the Mystical Tarot is a deck you are going to love.