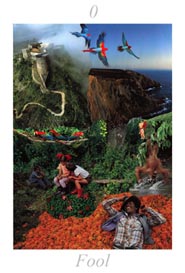 The Nature Tarot is a modern, cross-cultural deck with collaged imagery from nature and human civilisations. The 78-card deck has been self-published in two Dutch editions, and in one English edition.


Card Images from the Nature Tarot 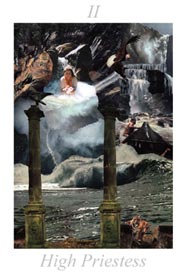 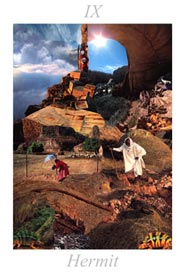 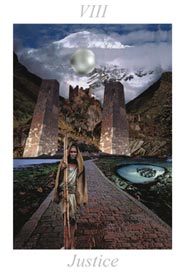 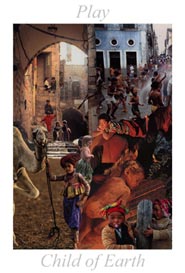 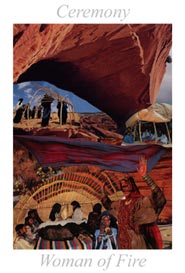 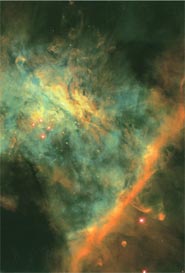 It's been over forty years now since I obtained, after a long and frustrating search, my very first tarot deck. Decks were few and hard to come by in those days, but I had finally located and purchased one from an obscure magic shop in a rather disreputable part of town. When I finally got home, I tremblingly opened the box and held the cards in my hands, slowly fanning through the deck. I felt a sense of wonder, of magic and mystery, a certainty that these garishly colored pasteboards were doorways to a universe of meaning that would forever change me. I was the Fool, ready to begin my Journey. Now, forty-some years later, that same jolt of joyous wonderment was re-awakened in me when I discovered Nature Tarot.

Created by Jan Strube, the Dutch edition of the deck was released in 2002; the first English deck became available in February, 2009. Using a photo-collage approach similar to James Wanless and Ken Knutson's Voyager Tarot (which was an obvious inspiration in the deck's structure and in some of its nomenclature), the 78 images are astonishing in their beauty and spiritual depth. In a tarot marketplace of often numbing sameness, where RWS clones predominate and, in some cases, even get their own videos, Strube's quiet, profound vision is especially refreshing and desperately needed. Rarely has a deck 'spoken' to me so immediately and with such clarity and nuance; or, for that matter, so mysteriously. The cards release their secrets layer by layer; they seem to 'unfold' before your eyes and there's always something new to see. And yet, Strube has avoided the major pitfall of the photo-collage process, which is 'clutter'. These cards are elegant, not the busy 'everything-but-the- kitchen-sink' approach; still, they overflow with symbolic richness.

As original as Nature Tarot is, it couches its uniqueness within a familiar paradigm, although its template is more Thoth than RWS. The 22 major cards retain traditional names with the exceptions of XV, Devil's Play (as in Voyager) and XX, Revelation. XIV is Art and XXI, Universe. Justice is VIII and Strength, XI. The minors are identified logically as Air, Water, Earth and Fire. Strube has provided Keywords but, as with all Keywords, they function as suggestive springboards for the imagination and intuition. The 'Court' cards are similar to the Voyager 'Family' cards, with Child, Man, Woman and Master. To quote Jan Strube from the LWB: "The Child is the innocent expression of the element, seeking experience, as it is first represented in its purest form in the Ace. The Man is the expression of the male, active force in a human being, directed at the conscious expression and expansion of the element in the world. The Woman is the expression of the female force, which seeks to integrate the quality of the element and express it unconsciously. The Master is the human being who has mastered the element and has perfected it in himself and in the world. The potential strength of the element as it is represented in the Ace has found its perfect form in him."

Like the Voyager, Nature Tarot's structure is designed around the 'Tarot Constellations' concept introduced by Angeles Arrien, Mary K. Greer and James Wanless back in the eighties. For those who are unfamiliar with it, essentially it is a numerological structure whereby the minor cards 'constellate' around major cards of the same number. For example, all the Aces are Magician cards, all 2's Priestess cards, all 3's Empress cards, etc. The major cards, from 10-22(0)are connected numerologically to trumps 1-9; e.g., 10 reduces to one (Magician), 11 reduces to 2 (Priestess), etc. This effectively makes the deck conceptually cohesive. Let's take, for example, The Chariot. The Seven of Air is 'Risk', reflecting the Charioteer's adventurous thought processes, his intellectual daring; the Seven of Water is 'Threat', his response to danger and obstacles, both real and imagined; the Seven of Earth is 'Departure', capturing the need for movement, the restless energy that seeks to make those risky thoughts a reality and explore new frontiers; and the Seven of Fire is 'Purpose', the Charioteer's Will, the laser-like focus and drive to reach his goal and realize his vision, to find his Purpose as a child of the universe. In order to accomplish this, of course, he cannot permit his chariot to be parked in the Tower's (16=7) garage, so breaking through imprisoning structures is also a part of the constellation of The Chariot. By designing a deck around these constellations, no card is isolated; all are integrally connected in a truly demonstrable way; so when The Chariot appears in a reading (or any other 'seven' card), you see a deeper, richer picture of the situation. Once you've used the constellating system in a reading,you;ll never return to a more traditional technique.

I will not even attempt to describe these cards; words simply will not adequately prepare you for the brilliant, astonishing visuals that Jan Strube channeled in the frenzied burst of genius that became, in a remarkably short period of time, Nature Tarot. There is nothing subdued about these cards; the colors are vibrant, saturated, so amazingly vivid, that it takes little effort to 'fall into' the images. Meditating with the cards is a joy and an adventure. In this tarot you will find a world of soaring birds and towering trees, of mountains, majestic and volcanic; of flowers, lagoons, waterfalls; of creatures great and small, cuddly and dangerous; in other words, Nature in all of its manifestations. And interacting with it all, and an integral part of it, there are humans, a multicultural array of inhabitants, a panoply of global villagers in a village that actually encompasses the Universe itself.

Philosophically, Nature Tarot's emphasis is non-dualistic. Human beings are in no way separate from the natural world; through nature we connect with the Divine, the All That Is. What is so enormously impressive about Strube's vision is his ability in these images to capture the profundity of the everyday; of, as Wordsworth put it, 'splendor in the grass, glory in the flower'; how something simple and mundane is actually a reflection of something so much larger. By abandoning the illusion of separateness, we see ourselves for the first time; the Pattern becomes clear.

Now for some technical details. The cards are laminated photo prints, slightly larger than a standard tarot. They are a bit thin, but shuffle well and, with care, should prove durable. The deck is handmade and is packaged in a beautiful laminated box, which is also handmade. The box is sturdy and large enough to hold a spreadcloth, notes, etc. It really is very roomy and shows a loving attention to detail. The backs of the cards are reversible, but reverse meanings are not given or encouraged. There are two LWBs included in the package; one is a 23 page guide for tarot novices. It gives a brief history of tarot, an explanation of Nature Tarot's structure, some tips and some spreads. The other LWB is 110 pages and gives basic meanings for the 78 cards. The books are very well-written and the card meanings specific enough to aid the novice, but leaving the individual reader plenty of latitude to exercise his or her intuition. The LWBs are also beautifully handmade. The only place to purchase Nature Tarot is from the website, unless one is fortunate enough to meet Mr. Strube. As to cost, well there's no question that this is not exactly like buying a deck from Llewellyn or U.S. Games! Yes, it's expensive; I paid 92 euros for my deck, which was the equivalent of US$137.45. Was it worth it? You bet; it's one of the best tarot investments I've ever made, and I've invested a lot over the years, believe me! Is it for everyone? No deck is, and I would certainly not recommend this deck to those who are devoted adherents of the RWS system. However, for those who like the Voyager or Haindl decks or who just crave a new approach, I highly recommend Nature Tarot; it takes everything to the next level. And although I would not exactly call this a beginner's deck, the images are so evocative that I can see a talented novice benefiting greatly from it and growing with it.

Finally, I just want to thank Jan Strube for rekindling the magical fire of wonderment and wisdom that I felt those forty-some years ago. I am the Fool once more; the Path beckons. The Journey goes on.