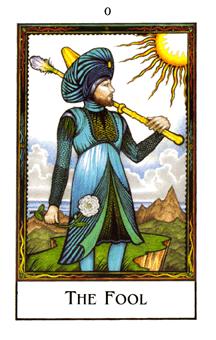 The New Palladini Tarot is a reworked version of the earlier Aquarian deck by David Palladini. The art in this deck is crisp and vibrant, and a little simplfied from the traditional Rider-Waite symbolism. 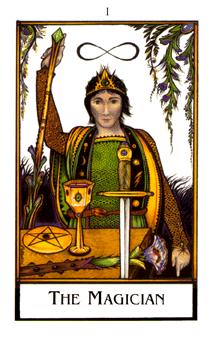 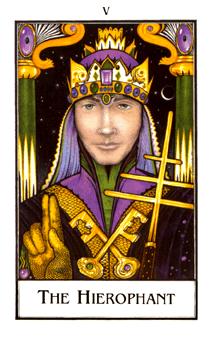 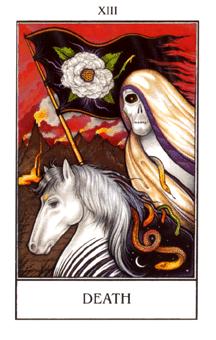 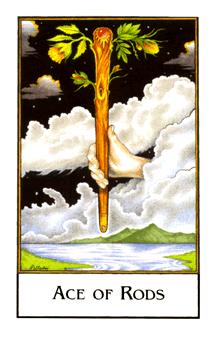 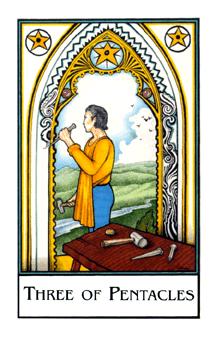 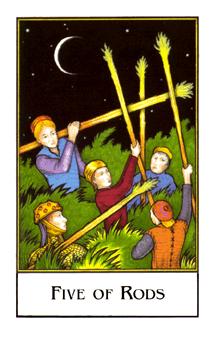 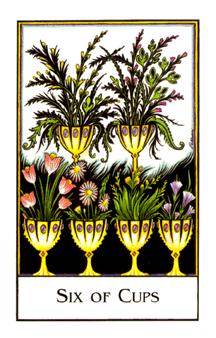 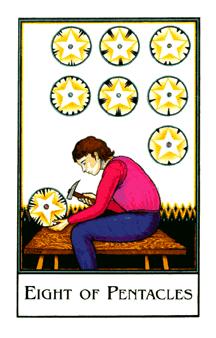 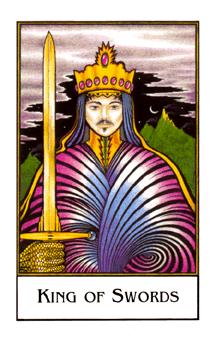 This tarot deck review is about the New Palladini Tarot. One of the best tarot deck in the universe and beyond, (at least in my opinion).

When I got the New Palladini Tarot deck from Gateway books and gifts it was love at first sight! I was so certain that this was the deck that I wanted that I did not even bother to look at the rest of the decks lying around on the shelf at the store!

I especially like this tarot deck because it has wild and extremely vivid artwork. I think that this deck will appeal to almost anyone. I think it will especially appeal to people with huge and unlimited imaginations.

The New Palladini tarot deck is also great because when a querent does a reading this deck will put an ear to ear grin on their face. This deck is positive and brings great bliss to whoever uses this tarot deck.

It is a good deck because it is an easy deck to use. Even third day tarot readers can read accurately with the New Palladini tarot deck. That is a very good reason, don't you think so?

Well, that was my review on the New palladini tarot deck. I hope you liked it. Maybe if you are really convinced by this article that you will even go out and by it!

Well, time will only tell.

The New Palladini Tarot, created and illustrated by David Palladini, is one that has been on my wish list for a long while. I had looked at some of the cards online when I was able, and felt drawn to the art and style of the deck. Having the Aquarian Tarot in my collection also, I was intrigued by the New Palladini in its richness of color and detail, as compared to the Aquarian Tarot, which is still quite lovely and has worked well for me over the years.

This is your standard tarot deck in that it is a full 78 cards (22 Major Arcana, 56 Minor Arcana in suits of Cups, Swords, Pentacles, Rods). Much of the symbolism is based on RWS imagery, but with a new interesting interpretation. The Fool for instance is a bit different, with a young bearded fellow in blue/green tunic and turban carrying a rod and a white rose in the other hand. We can see that he is cliffside. We cannot see the little white dog usually nipping at his heels, and the Fool seems to be facing towards the right instead of left. But I like this card, nevertheless.

The strength of this deck lies in cards such as The Emperor, The Chariot, and Death among others. The Strength card, always one of my favorites, is quite nice. The lion seems to be apart of the maidens dress almost, which I think is a great illustration of the lion as being a part of the maiden (her emotions, impulses, and animal instincts) and she gently reigns the lion in. The Empress is the guardian of bounty with corn growing around her, waterfall spilling behind her, her glowing shield of Venus and crown of stars show her power.

I've also enjoyed many of the unique elements this deck had to offer. The backgrounds of many cards are a nighttime sky instead of daytime. The King and Queen of Pentacles are simply sillouetted, with a pentacle in their heads, thats definantly something Ive never seen before. None of the suits seem to have a specific color designation, however many of the characters in the Wands are adorned in greens and golds, the Swords, mostly blueish-purples, but there are many colors throughout, which I am happy for being a reader that responds strongly to color symbolism within the tarot.

The only issues I have had with this deck so far are more my own prejudices anyway (such as the Judgement card being renamed the Last Judgement, I cant see why). But overall, this is one that I think will be on my top ten list of decks for years to come, and I highly recommed this one. I think it is appropriate for beginners as well as intermediate/advanced readers. The symbols are drawn clearly and simply and all evoke the meaning they are meant to. The size is about perfect, easy shuffling. If you are into reading with reversals, the back picture of two snakes swallowing their tails in the pattern of a figure eight, works for that purpose.

I hope if you choose this deck, that it guide and delight you the way it has me, and that it becomes a trusted friend for your collection and reading pleasure. Enjoy, it's a keeper.